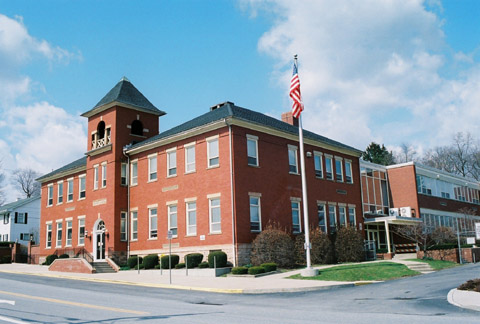 WASHINGTON (NNPA) – Nearly 60 years after the historic Brown v. Board of Education
Supreme Court decision declared that the “separate but equal” schools unconstitutional,
researchers from the Center for American Progress found that the nation’s classrooms are still “very segregated.

The study, titled “Unequal Education: Federal Loophole Enables Lower Spending on Students of Color,” analyzed district school spending disparities. Ary Spatig-Amerikaner authored the paper and found that school districts spend $733 more on White students at 90 percent White
schools than on students of color that attend schools where the student body is 90 percent non-White.
“The United States has the most inequitable system for funding its schools of any advanced country, and as this report shows, students of color bear the brunt of that inequity, “ said Cynthia Brown, Vice President for Education Policy at the Center for American Progress. “Our top priority must be ensuring students of color, and all students, receive their fair share of resources.”

Brown said that across the country, 40 percent of public school funding is generated at the local level, mostly by property tax. Wealthier districts use this revenue to fuel school spending, arevenue stream that’s cut off to poorer districts. “This leads to unequal spending between districts,” said Brown.

However, little was known about within-district disparities because of to a reporting loophole created by the No Child Left Behind Act. Under Title I of NCLB, school officials were required to use district-wide average teacher salaries when reporting school-level expenditures.

“This federal policy has allowed districts to cover up or at has least failed to expose these within-district differences in school spending,” Brown said. Currently, districts send resources to schools according to the number of teachers at each school, assuming an average cost per teacher. “But in reality, not all teachers cost the same,” she added.

“This means that two schools can have the same number of teacher positions, but a school with mostly veteran teachers would receive much more money per pupil than one with predominantly novice teachers,” Brown said.
President Obama changed that NCLB policy and closed the reporting loophole with an add-on to the American Reinvestment and Recovery Act of 2009 that required districts to report the actual school-by-school budget numbers, not just the district-wide averages, for personnel and
non-personnel spending.

The administration released their findings to the public in December 2011.

“Before this year, we’ve never had a national data set that tells us how much money schools are spending each year,” said Spatig-Amerikaner.
Using the new data made available through the American Reinvestment and Recovery Act of 2009, Spatig-Amerikaner uncovered alarming disparities in what schools within the same district were spending on students.

Schools that were 90 percent White spent $733 more on students than schools that educated a 90 percent minority student body. The CAP report suggested that increasing the per-pupil level of spending at 90 percent nonwhite schools to match the mostly white schools, “could pay the salary for 12 additional first-year teachers or nine veteran teachers. Alternatively, this funding could pay for any number of other useful personnel or resources such as school counselors, teacher coaches, or laptop computers.”

The CAP report also found that in 24 states, when the number of minority students increased by 10 percent the per-pupil the money spent per student decreased. Sixty-three percent of all minority students attend schools in those states.

In October 2011, Congressman Chaka Fattah (D-PA) co-authored H.R. 1294, Elementary and Secondary Education Fiscal Fairness Act to address the Title I loophole. H.R. 1294 “requires that states and school districts demonstrate that they are spending their state and local funds on all schools fairly, before receiving federal aid.”

Fattah’s amendment to Title I of NCLB would force school districts to include individual teacher salaries, not just an average, when they report annual budgets for each school. Fattah’s amendment suggests that transparency in spending would lead to increased equity in
funding across the board under the law.

Although, Spatig-Amerikaner admitted that changing the federal policy that affects school-level spending is not the ubiquitous cure to the economic disparities that exist, it is the right place to start.

It’s no surprise that poorly-resourced, low-performing schools produce adults that are ill-equipped to contribute to society and the growth of the American economy. According to The Schott Foundation, this inequity cost tax payers a staggering 59.2 billion annually due to
crime, healthcare costs, and the economic drag from a low-earning labor force.

The Social Sector of the McKinsey Company, a global management consulting firm, estimated that closing the achievement gap between minority students (Blacks and Latinos) and White students would add $310 billion to $525 billion to the country’s gross domestic product.
Fattah said, “The economic circumstances of our country dictate that if we’re going to compete against much larger populated countries like China and India we have to get all of our young people an education that allows them to pursue college and careers.”