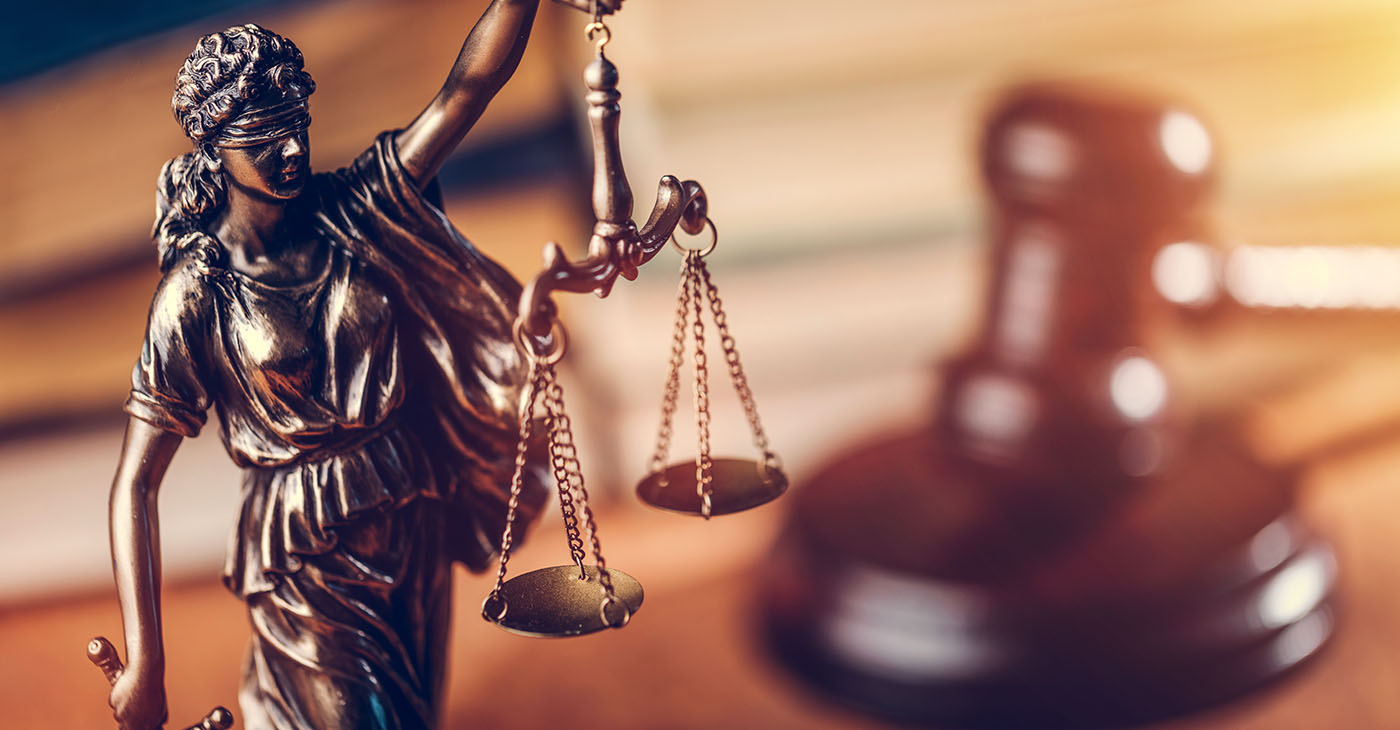 “In unfortunate circumstances, we are sometimes called upon to prosecute people we know professionally,” Cobb Judicial Circuit District Attorney Joyette M. Holmes said. “Professional interactions between prosecuting agencies and even law enforcement are commonplace and do not create a legal or factual conflict in proceeding with a case.” (Photo: iStockphoto / NNPA)

Discovering the hard-cold truth of why unarmed African Americans are being regularly gunned down by law enforcement officers and private citizen vigilantes — and why it is so difficult to bring the perpetrators of these killings to justice — has experienced another setback as underscored in the case of Georgia resident Ahmaud Arbery.

In a recent report published by Law.com, Cobb Judicial Circuit District Attorney Joyette M. Holmes, the fourth DA to be assigned the Ahmaud Arbery case, said that questions had been raised about a possible conflict of interest for her – although she made it clear she will proceed with the prosecution of Travis and Gregory McMichael.

The case has underscored why so many African American families who’s loved ones are victimized by police and self-appointed vigilantes, fail to receive any type of resolution, let alone justice.

“There is always a problem created rather mysteriously when it comes to why these cops and district attorneys can’t do their jobs,” said Thurman Halladay, a lawyer in Florida.

“So, the special prosecutor has a conflict? That is America. That is particularly America under the administration of Donald J. Trump,” Halladay stated.

The first two DAs assigned to the Arbery case recused themselves because of connections to Gregory McMichaels, 64, a retired investigator for the Brunswick police and district attorney’s office. On May 7, McMichales, along with his son Travis, 34, was arrested and charged with murder and aggravated assault. A third DA on the case stepped aside to allow Georgia Attorney General Chris Carr to appoint Holmes, Law.com reported.

Carr has also asked the Georgia Bureau of Investigation and the U.S. Justice Department to review the actions and communications of the first two DAs.

They passed on making arrests for the fatal shooting on Feb. 23.

The issues Holmes addressed focused on a murder trial in 2016 for Justin Ross Harris, who was convicted for leaving his 22-month-old son Cooper to die in a hot car.

The trial moved from Marietta to Brunswick under a change-of-venue order.

“The Glynn County District Attorney’s Office vacated a portion of their office space to allow Cobb’s staff to have a workspace for the duration of that months-long trial,” Holmes said in a written statement to Law.com. “At that time, Cobb’s trial team had professional interactions with employees of the Glynn County DA’s Office, including their investigator, Gregory McMichael. Additionally, in spring 2017, a now-former investigator with our office communicated with McMichael for help locating a witness who lived in Glynn County and was needed to testify in a Cobb murder case. There has been no continuing relationship.”

She also specified no continuing relationship between McMichael and Cobb Deputy Chief Assistant District Attorney Jesse Evans, who has taken the lead and won convictions in many murder trials – including the one moved to Brunswick. Evans handled that with then-ADA Chuck Boring, now director of the Georgia Judicial Qualifications Commission. That was before Holmes took over as DA. The Cobb DA then was Vic Reynolds. And Holmes was chief judge of the Cobb Magistrate Court.

Holmes and Reynolds became acquainted in 2012, when she was one of four candidates for an open seat on Cobb’s traffic court, ultimately losing to Judge Marsha Lake. That same year, Reynolds – a former police officer, defense attorney and magistrate court judge – was elected district attorney. Before he took office in January 2013, he offered Holmes a job as a prosecutor, according to the Law.com report.

A Valdosta native, Holmes had worked as a public defender in Maryland fresh out of the University of Baltimore law school. After moving to Cobb County, she had a private practice in criminal defense and family law.

And she worked a stint as a prosecutor on misdemeanor cases for Solicitor General Barry Morgan. But she had never prosecuted felonies until she went to work for Reynolds.

Two years later, when Frank Cox resigned the chief magistrate position with more than a year left in his term, Reynolds supported her in applying for the open judgeship. The Cobb County Superior Court bench appointed her, and she won election to the office the next year.

In her swearing-in ceremony, Reynolds said, “If you really want to get to know someone, spend several months with them on the campaign trail. In the summer. When it’s 97 degrees, I promise their character will come out.”

Reynolds said then that Homes exemplifies all the qualities a judge should have: fairness, integrity, patience, “the fortitude to be tough when necessary,” the “heart to be compassionate when appropriate,” and the “courtesy to treat everyone in the courtroom with dignity and respect.”

Holmes talked about professional relationships in general in her statement. She said that, by participating in the Prosecuting Attorneys Council of Georgia, “prosecutors and investigators from across the state routinely connect through various training and conferences,” which “is not limited to our office and the Glynn County DA’s Office.”

She added that “as in any profession, prosecutors and investigators often change employment from one office to another. The Special Victims Unit of the Cobb DA’s Office includes a prosecutor who came to us after working in the Glynn County DA’s Office. She has no involvement in prosecuting the McMichael case.”

Holmes said she addressed those matters with Carr before accepting the case, and she has also discussed them with the parents of Arbery and their counsel.

“In unfortunate circumstances, we are sometimes called upon to prosecute people we know professionally,” Holmes said. “Professional interactions between prosecuting agencies and even law enforcement are commonplace and do not create a legal or factual conflict in proceeding with a case.”