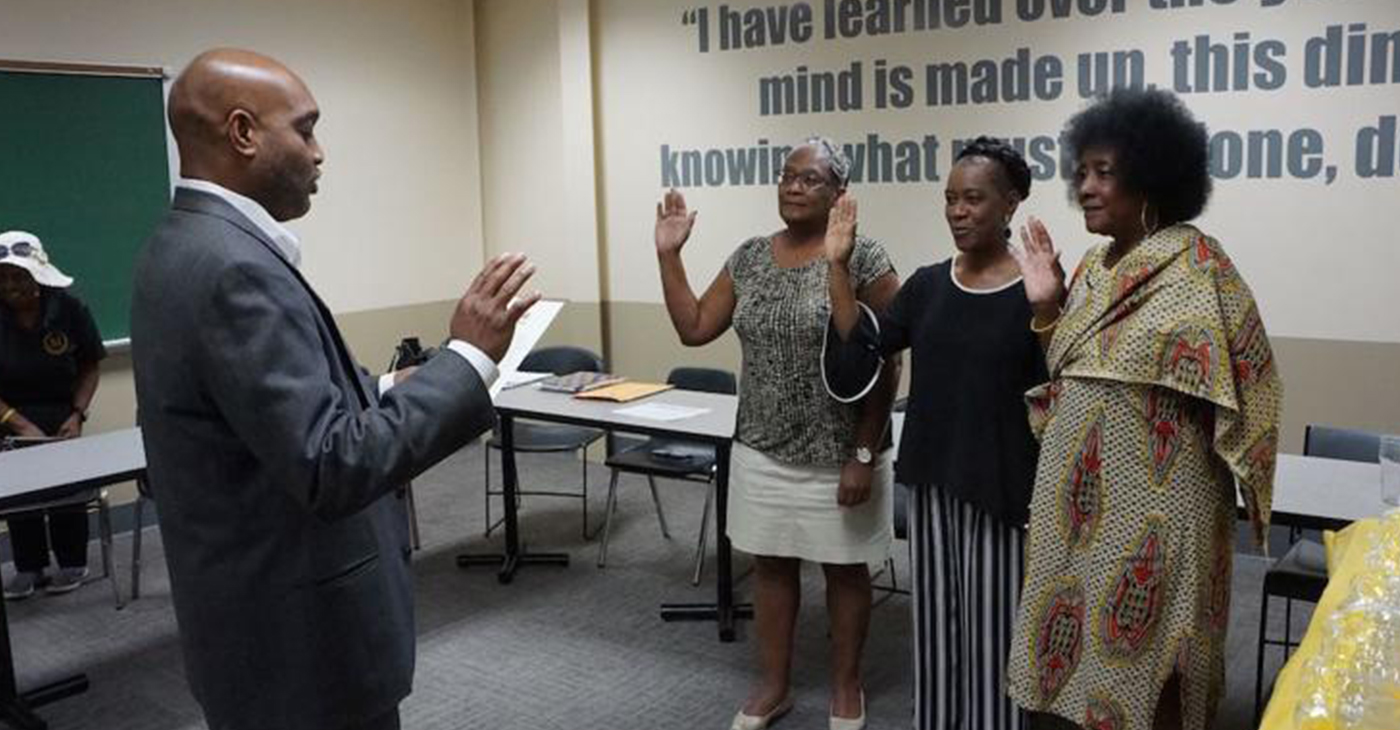 Dorothy Herron was shocked when she went to an alumni event for Martin University in 2016, where an alumnus was receiving an award. There were about a dozen people there.

“Where is everybody?” she asked.

Herron learned getting 12 people out to an alumni event was actually considered a success. It was apparent then that the alumni base was disconnected, and that can be especially harmful for an institution like Martin University that caters to underserved communities. Alumni are the ones who made it, and they’re supposed to give back.

“I realized I hadn’t done my part,” she said. “… Martin had been so good to me. It changed my life.”

Three years later, Herron, a 2006 graduate, is about to become president of the alumni association. She and other officers took their pledges Aug. 24 at the school and will start their new roles Sept. 1.

Herron believes at least part of the reason the alumni association hasn’t been very strong in the past is because the institution serves mostly nontraditional students who have jobs and families.

“We got our degree, we just went off into the wild blue yonder,” she said. “… I didn’t understand that once I graduated I needed to make it my business to give back to this university.”

New alumni officers have various goals — get local businesses and churches involved, help graduates find jobs, etc. — but there’s a common theme: The alumni base needs to be more active in helping Martin University and its students.

Morris said one of her priorities is to help Martin increase its enrollment numbers. The university did not provide exact enrollment, but spokesperson Lauren Hurse said enrollment has been between 300 and 400 students for “the past several academic years.”

There’s also the legacy of Father Boniface Hardin, who founded Martin University in 1977. Hardin wanted to create an institution that would serve low-income minority students. That’s what Martin has done, but Herron and other officers want to make sure Hardin’s legacy is still honored.

“We want to add on to that mission,” Herron said. “And one thing he represented more than anything was love and caring.”

Officers aren’t yet sure what exact financial situation they’re walking into, but they know there isn’t much money.

Ann Pimpton, secretary, said a fully functioning alumni association should be an “ambassador” for the university, acting as a “bridge” between students and the community. Meeting that goal will take money, and the strategic plan includes hosting events over their two-year terms to raise more funds. They also hope to get support from other community organizations.

Herron said she wants everyone who’s part of the association to be “turning the wheel in the same direction.”

“I believe if we’re all on board working together with the mission in mind, we can pull where there’s unity.”

This article originally appeared in The Indianapolis Recorder.

Despite U.S. Open Loss, Serena Williams is still the Greatest of All Time