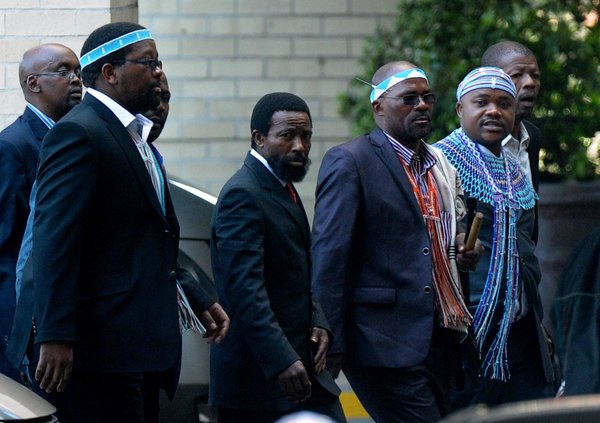 Buyelekhaya Dalindyebo’s greatest claim to fame is that he counts South Africa’s first black president among his subjects.

But the king of Mandela’s AbaThembu clan made local headlines Thursday with a string of invective against South Africa’s current leader, Jacob Zuma, so blunt that members of his own entourage reportedly gasped.

Dalindyebo lashed out at Zuma as he delivered a letter to the president’s Pretoria office Wednesday. The king, who also visited Mandela in the hospital this week, reported that Mandela looked good, had recognized Dalindyebo and had responded with his eyes.

Zuma also stopped by the hospital, and issued a statementsaying that Mandela was responding to treatment and remained in critical but stable condition.

Egypt Military Retains ‘Protector of the State’ Image Despite Faults