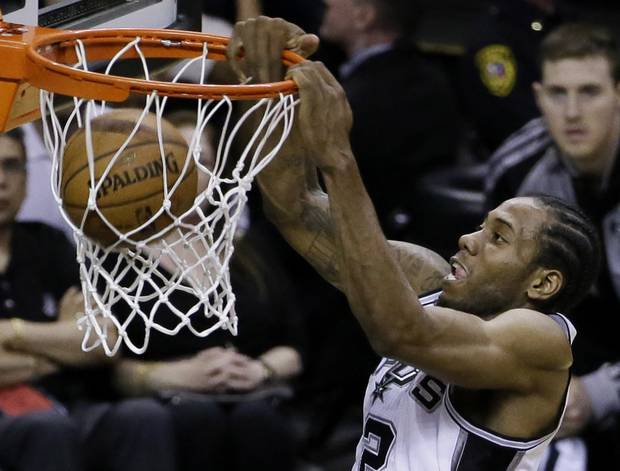 (NewsOK.com) – The NBA season is over. So is the Heat’s reign. San Antonio popped Miami 104-87 Sunday night to win the NBA Finals in five games.

Here’s what I saw:

* I supported the MVP award going to Kawhi Leonard, although the real MVP of the series was LeBron. Everybody knows that. The longer this series went, the more of a one-man show it became.

But Leonard in Game 5 proved he was the most valuable Spur in the series. After Miami coach Erik Spoelstra changed his starting lineup, benching point guard Mario Chalmers, Tony Parker was completely nullified by LeBron.

With 16 seconds left in the third quarter, Parker had no points and one assist. But the Spurs had a 75-56 lead.

Once Leonard started playing, this series was over. He was so-so through two games, and both were tight. When Leonard got with it, the Heat was done.