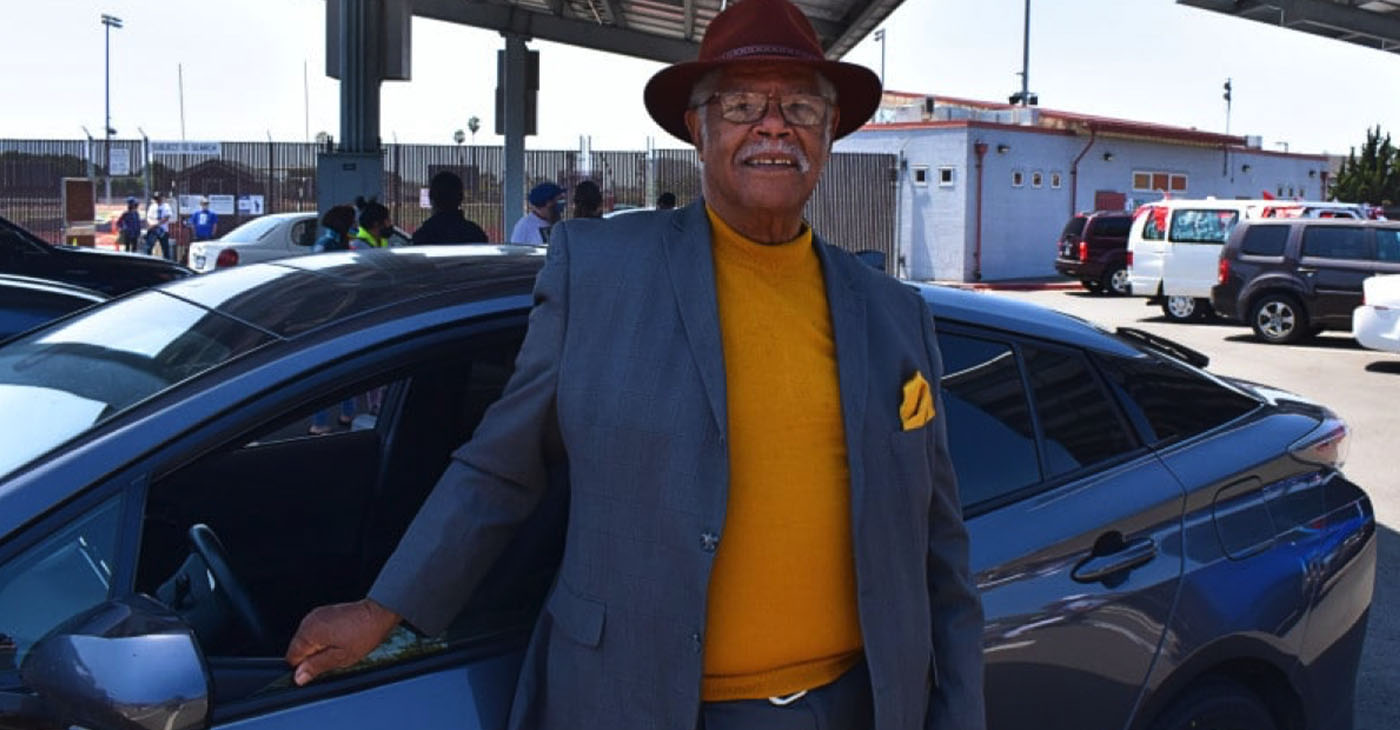 (Former Richmond City Councilmember Nat Bates, who at age 91 was the nation’s oldest elected official, penned this farewell speech for his final day in office Jan. 10, 2023.)

After serving this great City of Richmond twice as its mayor, several times as vice mayor, and many years as a councilmember since 1967, this day has very special meaning to me as I emotionally bid my final farewell.

Because of this historical Covid-19 pandemic swearing-in ceremony, I will try to be brief with my final statements as an elected official.

In 1967, when elected on my very first attempt as a city councilman, little did I realize the length of my tenure nor the many contributions I would be involved in making Richmond such a prosperous and quality city.

If I were to qualify my strongest commitments and contributions to the city and community, I would list in no preferable order my solid support for Public Safety, perhaps because of my 30+ years as an Alameda County Probation Officer.

Throughout this nation and universe, public safety of all residents is the number one priority the citizens demand from our government.

Second, no city can survive without a strong business community that includes all of our businesses (small, medium and large) because they contribute immensely to city employment opportunities for our residents, and significant and much needed tax revenue to the City.

I am very proud to have provided leadership roles in the development of the Hilltop Mall Shopping Center, which also included the Auto Row, which at the time, was one of the development showcases of the Bay Area negotiations in attracting Home Depot, Target, Foodco, Costco and other businesses that were frequently met with strong opposition — but the majority of the council stood firm and strong while approving these projects for the betterment of the city.

I am also very proud of my personal working relationships with almost every housing developer including the late Carl Dame (Carriage Hills), Bert Clausen (Brickyard Cove), along with Peterson/Moratti, Former Oakland A’s owner Steve Schott, the Ghilemetti Builders, Toll Brothers, Shea Homes, and the late Robert Poe and his son Richard (Marina Bay to name a few), for the high quality of beautiful housing developments that has made Richmond one of the most desirable places in the Bay Area to reside.

These developments have brought to Richmond a strong group of talented citizens who have contributed significantly to the city by becoming city staff members and or participating on our boards and commissions.

Needless to say, many of these business and housing developments oftentimes have received strong opposition from various members of the community, but we proceeded to move forward, and the city is richer and more prosperous than ever.

Additionally, I wish to thank the voters for their continued support over the years where it afforded me a personal opportunity to meet and work directly with several United States presidents, governors, United States senators, members of Congress and others.

Obviously, one of the highlights of my career was working personally with President Jimmy Carter and his administration in the construction of the John Knox Freeway.

Being the one and only City of Richmond elected official to have been invited to a White House Christmas Celebration by then President Barack and First Lady Michelle Obama and personally meeting and communicating with them became the highlight of my political career. This occurred only because of the continued support of the voters, and I thank each of them very much.

Time does not permit me to mention all of those who have assisted me on the way, but I would like to acknowledge City Manager Shasa Curl, City Clerk Pamela Christian, Planning Director Lina Velasco, Community Services Director LaShonda White, Police Chief Bisa French, Fire Chief Angel Montoya, Housing Director Nannette Bechman, IT Director Sue Hartman, City Attorney Dave Aleshire and their entire staffs along with City Council Liaison Trina Jackson-Lincoln and several others — too many to name.

Staff plays such an important role while supporting elected officials in accomplishing their goals and aspirations, and Richmond has some of the best.

I would be derelict — as well as disrespectful — if I did not acknowledge the many who contributed to this five decades of political journey. First was my 1967 campaign committee where many are no longer with us including my late spouse Shirley Bates, the late Mayor George Livingston, a personal friend, along with then Supervisor Jim Kinney; businessman Elton Brombacher; Aileen Hernandez, perhaps the most intelligent and savvy political person I have known who was later elected to NOW (the National Organization of Women); longtime friend Louis Pierce; and Winters Calvin.

Very pleased to continue to have with us committee members are former Councilman Jim McMillan, Meckila Pierce and Willie Reed who has been my sports teammate from El Cerrito High School, Contra Costa College, and the Indian Head Rockets baseball team where the two of us were recently honored by being inducted into the Saskatchewan Canadian Baseball Hall of Fame this past August 2022.

I would also like to thank the many mom-and-pop, small and big business groups I have worked with over the years as well as the Richmond Chamber of Commerce, led by James Lee; Council of Richmond Industries, led by Katrinka Ruk; and the Contra Costa Realtors and Apartment Association. Also, many thanks to the labor unions, especially the Contra Costa Building and Construction Trades Council with Bill Whitney, Ché Timmons, Tom Hanson, Don Gosney, and Richmond’s Public Safety — Police and Fire Unions for their years of support.

Lastly, to my devoted and loving family who has been with me each and every step of the way through the good and bad times. My only daughter Gale Bates Anderson, my eldest son Larry Nathaniel Bates, my youngest son Steven Bates as well as their spouses, in-laws, my grand- and great-grandchildren. I owe each of them my appreciation because my journey has also been their journey, and I love them very much.

To incoming Mayor Martinez and the new council, I wish you the very best in solving the many challenges you will be facing immediately and in the future. A city divided serves no purpose for our residents, and please be mindful the business community and their taxes are the life stream of a prosperous and successful city.

There must be some respectful resolution to Measure “U” which is creating and causing havoc in our business community. Remember, as Richmond prospers, we all prosper and as Richmond fails, we collectively also fail.

Finally, to my many loyal friends and supporters, Thanks again for five wonderful and memorable decades filled with love, respect, support and appreciation. We did it together, and I could not have done it without you.

Stay healthy and safe and may God continue to bless each of us and this great city of Richmond, the only home I know and love.