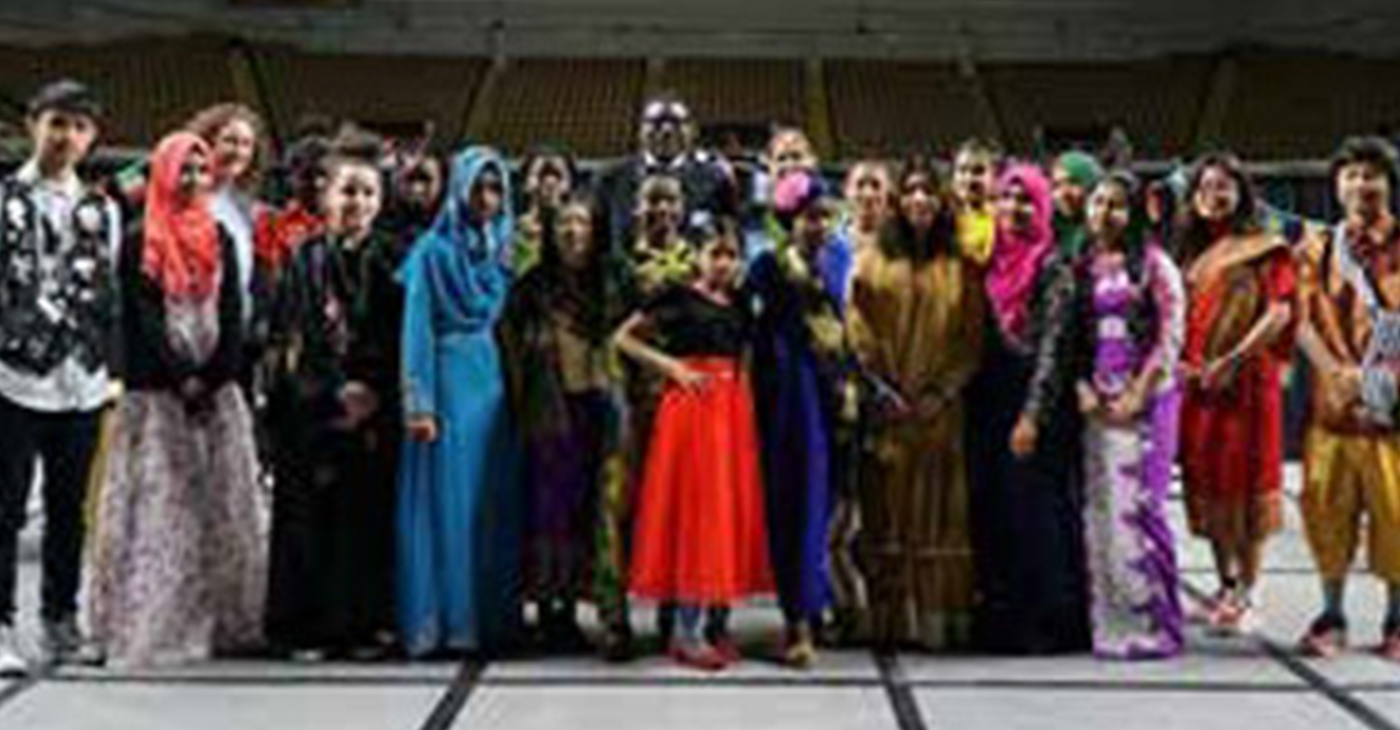 By The Milwaukee Times Weekly

Students from 13 MPS schools took charge of the UWM Panther Arena on April 11 to share their knowledge of countries across the globe. Student displays included photos, maps, and important facts about each country and culture. Projects dug deep to explore the strengths and challenges of each nation and the role each country plays in its region or continent. The world fair was the culmination of the year’s United Nations Schools of International Learning (UNSIL) program, which is implemented in 13 MPS schools.

The highlight of the day was a series of student performances that included African drumming, traditional songs, and a multicultural fashion show. Students had the chance to show pride in their roots by wearing traditional dress from their cultures. Schools in the UNSIL program serve students from diverse nationalities, languages, and cultures. Students at these 13 schools speak 35 different languages.

Through the UNSIL curriculum, elementary and middle school students are researching and learning about countries and world issues. The program promotes cultural awareness and develops skills needed in a global setting. Each year of the program expands upon the previous year’s work and moves students along a spectrum from studying to analyzing to taking action.

This article originally appeared in the Milwaukee Times Weekly.

For Jayuntay Williams Greatness is an Obligation, not an Option

Nollywood Screening Gets a Facelift with Rootflix