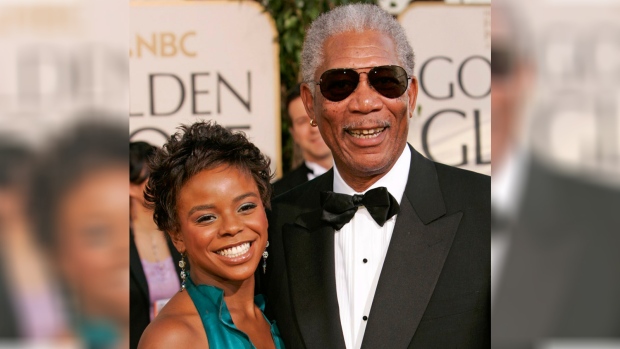 NEW YORK (The Washington Post) — A man has been charged in the murder of Edena Hines, the granddaughter of Morgan Freeman.

New York police found Hines, 33, early Sunday morning lying in the street outside her apartment in Manhattan’s Washington Heights with some 16 stab wounds to her chest, police said. A man, described by police as her boyfriend, an aspiring rapper, was standing over her body shouting Bible verses and exorcism incantations. He was taken into custody and transported by ambulance to Columbia Presbyterian Medical Center for a psychological evaluation.

Hines was transported to Harlem Hospital, where she was pronounced dead, police said.

“The world will never know her artistry and talent, and how much she had to offer,” Freeman said in a statement. “Her friends and family were fortunate enough to have known what she meant as a person. Her star will continue to shine bright in our hearts, thoughts and prayers. May she rest in peace.”

Police said Monday morning Lamar Davenport, 30, who was still in the hospital, is charged with second-degree murder. He is expected to be arraigned later in the day, New York police Officer Chris Pisano told the Washington Post.

Straight Outta Compton and the Social Burdens of Hip-Hop

New Aaliyah Music on the Way?! Timbaland Promises to Drop Unreleased Tracks From the Late Singer