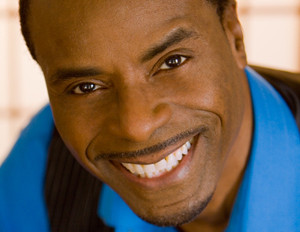 For many African-American musicians, performing on the legendary Apollo stage is a rite of passage. The Apollo Theatre is where jazz artist Ella Fitzgerald made her debut at 17, and performers like James Brown, Patti Labelle, and Destiny’s Child launched their careers.

Aside from the many performers who have come through the Apollo doors, there is another unique aspect of the theater, a role that spans some 70 years: that comedic tap dancer who swiftly usher scorned amateur performers off the stage named Howard Sims. Better known as the “Sandman,” Sims held the position for 17 years. Having been booed off the Apollo stage at least 10 times himself, Sims definitely knew how to console and encourage losing contestants. But in 2000 new, comedic dancer and impressionist C.P. Lacey hit the Apollo stage as “The Executioner” and took things to a whole new level.

BlackEnterprise.com spoke with the “man of a thousand disguises” about the evolution of his role at the Apollo, a position he’s held for over a decade. C.P. shares his advice for those pursuing careers in showbiz and what a typical day is like for him. (And believe us, it will make you tired yet inspired!