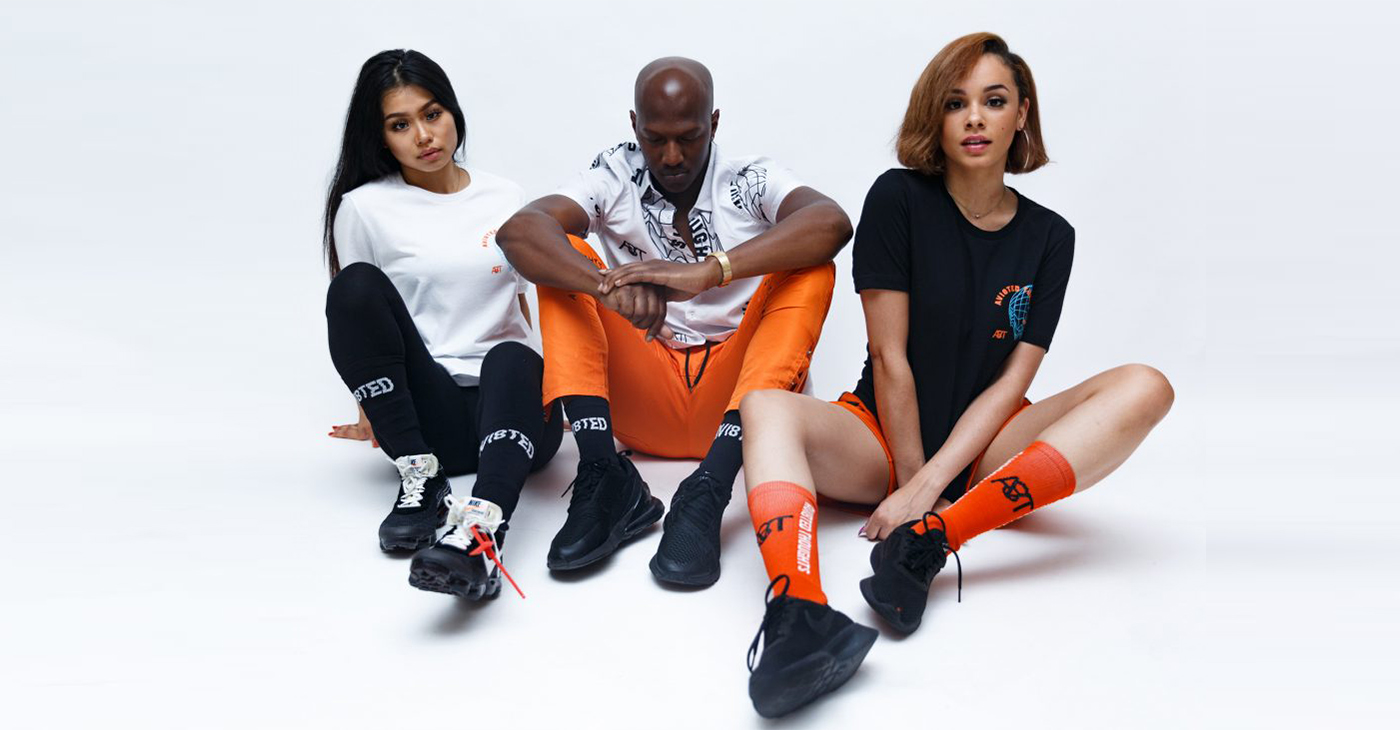 Growing up in Washington, D.C. in the ’90s wasn’t easy. With the influence of drugs and crime, one could easily find themselves on the wrong path. Charlton Woodyard II’s parents had a different idea that included private schools, martial arts, and a strict home environment that allowed him the space to fulfill his own destiny. He attributes these circumstances to what he now describes as an aviated mindset. He is sharing his philosophy with the world through his company, Avi8ted Holdings. They recently launched a clothing line, Avi8ted Thoughts, which promotes positive thinking and the idea that you can achieve beyond your wildest dreams.

A purebred Washingtonian, Charlton Woodyard II was born in Southeast Washington, DC at Washington Hospital Center in 1987. While in elementary school, his family moved to K St. Northwest where crippling poverty was flagrant. Despite the conditions, having a grandfather who worked for NASA at Goddard, he was inspired to achieve in education. He was also inspired by martial arts, which at times got him in a bit of trouble at school. His teachers recommended that he take an aptitude test, which resulted in his parents sending him to Georgetown Day School (GDS) where he attended throughout the rest of his secondary education. His classmates included kids of Fortune 500 company CEOs and congressmen, which exposed him to a new lifestyle that he embraced.

As a student of martial arts, he enjoyed the practical and personal aspects and was inspired by Bruce Lee. His father signed his brother and him up for Tae Kwon Do and cultivated a competitive environment around physical fitness. His teacher, Sherman Spinks, who is a legend in the taekwondo community, developed the mental fortitude within him to understand the meaning of hard work. As Junior Olympics champions, he learned to push himself to do things he wasn’t aware he had the ability to do.

According to Charlton, Avi8ted is grounded in the concept of the law of attraction.

“An Avi8ted thought is one that is pure and positive, necessary and eternal,” he says.

Charlton would prefer to ask, what does it mean to you? He describes is as a “divine dream or purpose”, which shouldn’t be boxed in as it is very personal to each individual. He was able to ask artist and celebrity Jaden Smith about what an Avi8ted Thought meant to him. He answered that it’s a mission to provide a better human experience.

Charlton understands that this concept is a big leap. He doesn’t want to inundate people with such a large burden of responsibility. “Making the world a better place doesn’t happen in one day”, he said. He wants people to understand that they first can make their personal world a better place by understanding the constructs that exist and how they interact with them.

“Avi8ted Thoughts, the clothing brand serves as the uniform we can all point to as the way to connect”, said Charlton.

He recently released his first line with the “Follow the Sun” capsule collection. In his words, “the sun, both literally and metaphorically, is something you would want to follow considering it is the thing that gives us life on earth. But also it means to follow your light, follow the things that help you to grow.”

In 2018 he participated in the Remote Year program which allowed him to travel and study in various countries for months at a time and learn about global entrepreneurship. He visited Vietnam, Thailand, Japan, and Malaysia where he formed relationships that changed his thought process. He met two friends in Japan who introduced him to augmented reality which he included in his production process and can be seen in his “Follow the Sun” capsule.

Most recently, Avi8ted Thoughts has been able to partner with 202Creates as a resident of their creative entrepreneurship program headed by D.C. Mayor Muriel Bowser. With the added workspace and resources they’ve received a lot of help building the infrastructure. With almost a decade of planning, studying, networking, and grinding he’s finally seeing his vision come to fruition.

Meanwhile, Washington, D.C. has also become one of the most physically fit cities in America. The Avi8ted Thoughts brand represents a lot of that idea.

“Wellness is a huge part of the brand”, said Charlton.

The influence of martial arts has been maintained throughout his brand. He believes that hard work is what it will take to get us ahead. Charlton cited how the ancient pyramids in Egypt were built with the mindset that people can achieve things greater than they know. He wants to project those ideals with his brand.

“You have to master yourself and find your inner rhythm before you’re able to affect the world,” said Charlton.

Charlton credits his team with putting a strong plan in place that he believes will create a lasting impression. Although the price-point is more expensive then most he believes that once people understand the mission behind the brand there will be a lot of support. The Avi8ted team reaches from D.C. to Los Angeles, CA., Atlanta, GA., and even Japan. “In a start-up, everyone is responsible for everything,” said Charlton. “These are a group of people who have “Avi8ted” themselves for this time….for us it was always about longevity”. His team helps to reel in his ambitious dreams and work to make them possible.

Currently the “Follow the Sun” capsule collection is being released in phases with the first being the “Sunrise” tee in AM (white) and PM (black). The collection debuted at their launch event on June 29 at Beyond Studios. More pop-ups are planned that will feature socks, button-ups, and shorts, all featuring the AR technology and pure and positive energy. To find out more about Avi8ted Thoughts visit http://www.avi8tedthoughts.com.

14 Foods You Absolutely Need in Your Kitchen