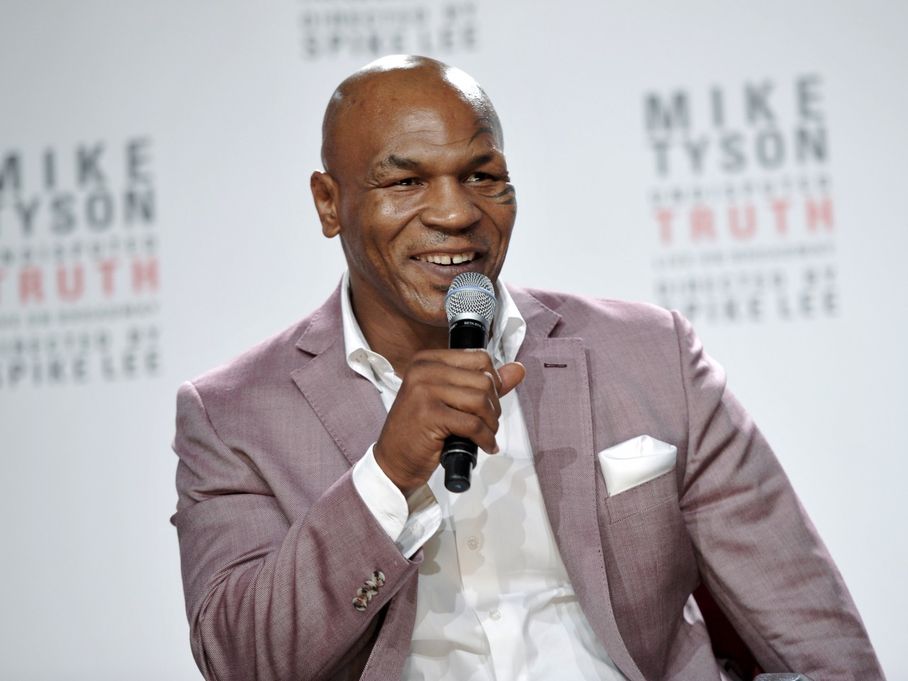 TORONTO (AP) — Mike Tyson directed an expletive-filled rant at a Canadian television anchor in a live interview Wednesday after the host brought up the former heavyweight champion’s conviction for sexual assault.

Downer asked: “Some of your critics would say, ‘There’s a race for mayor. We know you’re a convicted rapist. This could hurt his campaign.’ How would respond to that?”

Tyson calls Downer negative before saying, “It’s so interesting, you come off like a nice guy,” then insulting the anchor with a string of profanity.

Downer then puts up his hands and says “Hey, come on. We’re doing live TV now.”

Tyson responds: “I don’t care. What are you going to do about it?”

Downer then asks Tyson about his one-man show “Mike Tyson: Undisputed Truth.” Tyson appeared on CP24 with the Canadian promoter of the show.

Tyson tells Downer the show it “speaks for itself” before the promoter talks about it.

Downer then asks Tyson if it is more nerve-wracking appearing on stage than boxing.

Tyson responds that it’s more nerve-wracking appearing on the news show before insulting him again.

Tyson insults him again before Downer wraps up the interview and thanks Tyson for coming as Tyson swears at him.

Tyson served three years of a six-year sentence in the 1990s for raping a teenage beauty-pageant contestant.

In a tweet after the incident, Downer said it was unfortunate his question hurt Tyson’s feelings and that it wasn’t his intention.

Downer apologized for the language and followed that up with another tweet.

“No ill will toward Mike Tyson. He lashed out at me and that’s okay. Not taking it personally.”

NFL to Look Into its Handling of Rice Case