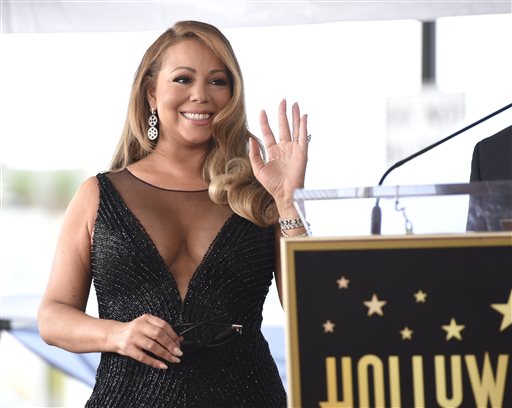 In this Aug. 5, 2015 file photo, Mariah Carey attends a ceremony honoring her with a star on the Hollywood Walk of Fame in Los Angeles. A Cincinnati film commission has announced that pop singer Carey will be filming a Christmas movie in the region. (Photo by Chris Pizzello/Invision/AP, File)

CINCINNATI (AP) — A Cincinnati film commission has announced that singer and actress Mariah Carey will be filming a Christmas movie in the region.

WCPO-TV reports the Greater Cincinnati Film Commission said Tuesday the singer and actress is set to star in “Melody & Mistletoe” in Cincinnati starting in October.

The made-for-TV movie will air on the Hallmark Channel Dec. 19. Carey also will be directing the movie with an executive producer.

The commission last week announced that an action film starring Bruce Willis is slated to begin filming in Cincinnati at the end of September.

Kristen Schlotman, executive director of the Greater Cincinnati Film Commission, says they are “ecstatic” to have another movie filmed in the city.