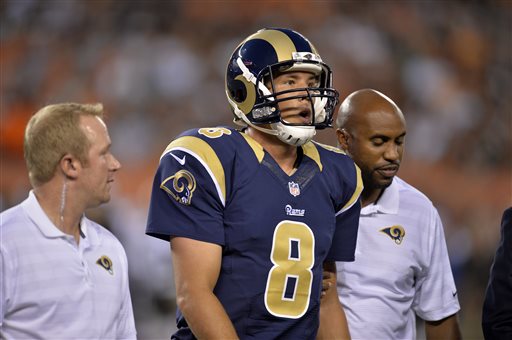 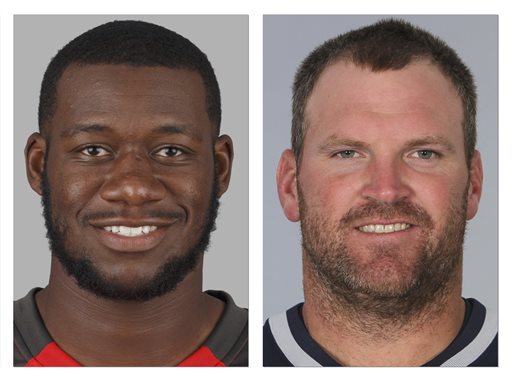 On the NFL’s first preseason cutdown day, a trade and several key players going on injured reserve overshadowed other moves.

In an unusual transaction for its timing, New England sent six-time Pro Bowl guard Logan Mankins to Tampa Bay on Tuesday for tight end Tim Wright and a draft choice.

The Patriots apparently are satisfied with a young group of blockers, and the Buccaneers were desperate to improve their offensive line.

“He has a history of a certain type of play in the league,” new Bucs coach Lovie Smith said, adding that the 10th-year pro will bring leadership on and off the field. “We got better, kind of simple as that.”

Bringing in a tight end could mean the Patriots are particularly concerned when Rob Gronkowski can return to the lineup. The injury-prone Gronkowski, coming off right knee surgery, only recently began to take part in contact drills.

While Gronkowski works to come back, gone for the season are Rams quarterback Sam Bradford and Packers defensive tackle B.J. Raji.

Both went on injured reserve Tuesday, Bradford after tearing his left ACL for the second straight year, Raji with a torn biceps.

Hayden, Oakland’s top draft pick in 2013, has a stress fracture in his right foot. Players on PUP must miss at least six weeks of the regular season.

“We didn’t feel like he was going to be ready,” coach Dennis Allen said. “We feel like he’s still a couple of weeks away from actually being ready to be out there practicing and playing football.”

The first wave of cuts down to the maximum 75 players saw veterans quarterbacks Thad Lewis, Brady Quinn and Trent Edwards released. Buffalo cut Lewis when it signed Jordan Palmer, while Quinn was let go by Miami and Edwards by Oakland.

The next cut, to the 53-man roster for the regular season, will be Saturday.