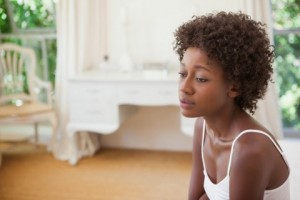 $32 Billion in Funding Could Raise Awareness

By Shantella Y. Sherman
Special to the NNPA from the Afro-American Newspaper

Lupus, or systemic lupus erythematosus, is a chronic and often debilitating autoimmune disease that impacts more than 1.5 million Americans. Characterized by intense fatigue, exhaustion, joint pain, and memory problems, lupus is three times more common among the Black female populations than any other group. And, while lupus affects women in their childbearing years, the onset of lupus in Black women is earlier and more likely to develop into severe organ problems.

Among health officials lupus has been termed everything from “unpredictable,” to “misunderstood,” and is difficult to diagnose. Additionally, lupus remains a challenge to treat, according to the Lupus Foundation of America, existing outside of the national health dialogue with few awareness efforts in place.  The exact cause of lupus is not known, though researchers believe that there are hereditary genetic markers that keep the immune system from functioning properly.  Additionally, a number of factors can trigger lupus attacks, including viral infections, such as mononucleosis.

No two cases of lupus are alike. Some people develop kidney problems, for example, while others get premature heart disease, and others suffer from strokes or develop lung inflammation.

In recent weeks, lupus activists from around the country visited Capitol Hill, where they successfully lobbied for more than $32 billion in research funding for the National Institutes of Health and to elevate lupus on the nation’s health care agenda.  The funding would not only aid researchers in studying the disease, but also supply a collective guideline for diagnosis, treatment, and outreach that could be utilized by professionals and patients alike.

“Our research has shown that, on average, individuals with lupus suffer symptoms for four or more years and visit three or more doctors before they receive a diagnosis of lupus,” said Sandra C. Raymond, president and CEO of the Lupus Foundation of America. “I’m pleased to see a collaborative effort among advocacy groups, researchers, physicians and leaders in public health and government to provide critical tools that will help reduce the time to diagnosis and improve medical care for people with lupus.”

Dr. S. Sam Lim, associate professor in the Division of Rheumatology at Emory University School of Medicine in Atlanta, Ga., found, in a study of Black women diagnosed with lupus, that those impacted ranged in age from 15-44 and exhibited a range of symptoms from a skin rash to kidney (renal) failure.

“These are young women in the prime of their careers, family, and fertility. This means a severely compromised future, with a disease that waxes and wanes, affecting every aspect of daily living for the rest of their lives,” Lim said. “These data directly reflect the burden of lupus in our community. These are mostly young, minority women who are going to dialysis instead of working and caring for their families.”

And despite the widespread prevalence of lupus, medical research has remained underfunded relative to its scope and devastation making the one in every 250 Black women diagnosed particularly vulnerable to misdiagnoses. Scientists are baffled as to why.  Even with the famous 10-year Lupus in Minorities: Nature Versus Nurture (LUMINA) study, which tracked a sizeable multi-ethnic, multi-regional, and multi-institutional group of lupus sufferers, no consistent cause for the racial disparity was found.  Genetic and ethnic factors were noted, however, to be more important than socioeconomic ones in influencing the disease’s growth.

Lim said several organizations, including the National Lupus Patient Registry, provide tremendous resources to those impacted by the disease. He said that 20 years ago, only 40 percent of people with lupus lived more than three years following diagnosis, with current therapies, most now live a normal lifespan.

“We have to build the next line of research projects to determine the additional ‘whys’ of the disproportionate rates in minorities and poorer outcomes as well as other important questions involving the role of the immune system and genetics,” Lim said.

United Nations Chief: World is on Track to End AIDS Epidemic by 2030