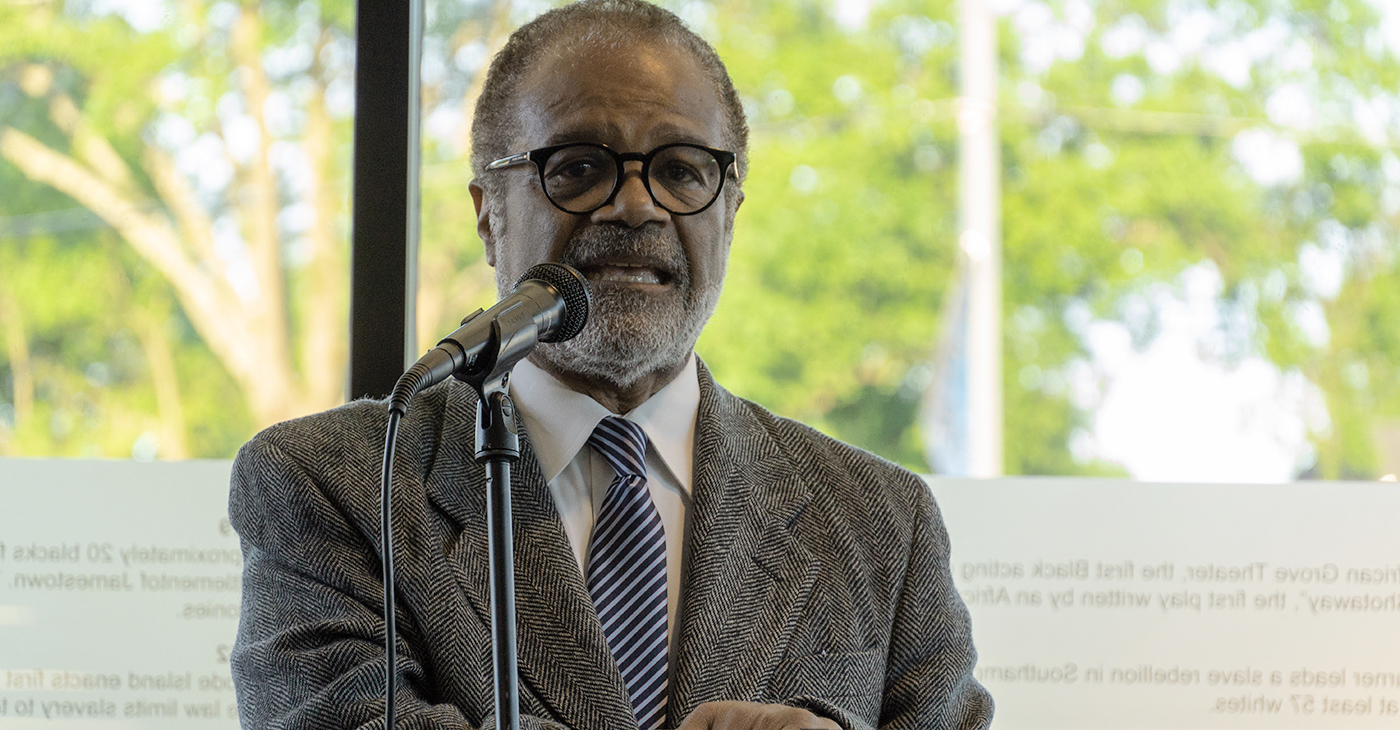 During an evening of pageantry, spectacle, drama and dance Tuesday at Hattiloo Theatre, Levi and Deborah Frazier were lauded for their work – a 40-year labor of love at the Blues City Cultural Center.

Nearly 200 thespians, dancers, musicians and lovers of the arts joined family and friends for the momentous occasion. Featured guest and well-loved ’70s sitcom star, Ted Lange (pronounced “Lunge”), who played Isaac Washington on the “Love Boat,” did not disappoint.

Lange praised the 40-year legacy of Blues City Cultural Center (BCCC) and reminded the crowd of just how many other such entities were no longer in existence.

“I’m from Oakland, Calif., and I grew up back in the ’60s. There were not many black theatres at all,” he said. “Forty years, forty years, and many of these institutions are gone. There was The New Shakespeare Company, where I first started acting. It’s gone. There was the Ebony Showcase. Gone.

“The Inner-City Cultural Center. It’s gone. There was PASLA, the Performing Arts Society of Los Angeles. Gone. The Watts Writers Workshop. Gone. The Zodiac Theatre. Gone. Forty years? We should be playing the ‘Mission Impossible’ theme song when we talk about the Blues City Cultural Center. They faced the same obstacles and problems as those other institutions, and yet, they are still here. This is really something to celebrate.”

Joyce Cox, BCCC board chair, was one of the first to speak on the organization’s behalf.
“Our true mission is art for a better way of life,” said Cox. “When we see the character of women come alive as they are creating the dolls, and we see the effect our work has on the lives of homeless people and women, we know that they are given a little ray of hope. We need some help. Catch the vision. Believe in what we see and what we do.”

Ekundayo Bandele, proprietor of the Hattiloo Theatre, made his directorial debut in theatre production under Levi Frazier.

“Hattiloo was built on the foundation of Blues City Cultural Center,” said Bandele. “We were not successful in a vacuum. These wonderful people came before us, and we are building on the legacy they have set. Hattiloo will continue that legacy. Our vision is bigger than the Hattiloo. If there is any way to uplift the community, we must be about doing that.”

And as in any gathering of showbiz types, there were profound and unscripted moments that defied prediction.

So, Ekpe, the renowned African drummer, who performed at Alex Haley’s funeral procession in Henning, Tenn., created a mellow, syncopated vibe with his beats. People were mingling and enjoying the light refreshments and drink when suddenly, a thin, older woman moved closer to the drum and began graceful, magical movement. She was crowned with natural, gray hair, and a delightful, impromptu dance ensued.

People chanted “Silver Bird, Silver Bird.” She moved in oneness with the drumbeat, and the scene was mesmerizing. Silver Bird drew cheers and applause when her performance was done.

Levi Frazier Jr. offered words of appreciation on behalf of his wife, Deborah, and himself.

“We want to thank all of you who have been a part of this 40-year legacy,” he said. “Strengthening the local community in the arts has been our goal. Arts for a better way of life, that is our path moving forward.

Ayana Williams, the effervescent presence who emceed the program and eldest daughter of the Fraziers, will be taking over the organization as the administrator. But, said the Fraziers, they will be “somewhere around.”

Williams has worked with her parents as Production & Development director. Blues City Cultural Center is located at 314 A.W. Willis Ave., in downtown Memphis.

Terri Carmichael Jackson: Mom of NBA star is a sports powerhouse in her own right