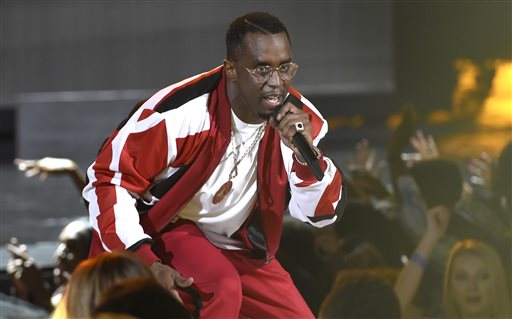 In this Sunday, June 28, 2015 file photo, Sean “Diddy” Combs performs at the BET Awards at the Microsoft Theater in Los Angeles. (Photo by Chris Pizzello/Invision/AP, File)

LOS ANGELES (AP) — Los Angeles prosecutors have set an October meeting with a hearing officer to resolve a case over a confrontation Sean “Diddy” Combs had at the University of California, Los Angeles, in June, an official said Wednesday.

City Attorney’s spokesman Rob Wilcox says the Oct. 15 hearing, known as an informal conference, will determine whether Combs should be charged with a misdemeanor over the incident, undergo anger-management counseling or make a restitution payment.

Charges are rarely filed after an informal conference.

City attorneys received the case after county prosecutors in July declined to file a felony case against the hip-hop mogul.

Combs was arrested on June 20 after police say he wielded a piece of weight-room equipment called a kettlebell at the university, where his son plays football.

The rapper has said he was defending himself and his son.

UCLA officials have said little about the confrontation except that no one was seriously hurt. Justin Combs, a redshirt junior defensive back, remains part of the UCLA team that won its season-opening game against Virginia on Saturday.

He has played in just a handful of games in his three years with the team.

Sean Combs’ attorney, Mark Geragos, wrote in a statement Wednesday that he was pleased with the outcome. “We are pleased that once again, an independent prosecutor has reviewed all the so-called evidence and rejected filing any criminal charges involving Sean Combs,” Geragos wrote.

Taraji P. Henson on Empire, Being a Single Mom, and the Art of Fearlessness