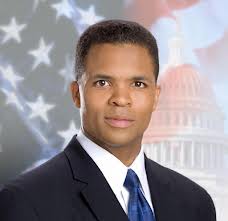 WASHINGTON (NNPA) – When the story broke that Congressman Jesse L. Jackson, Jr. (D-Ill.) had used political donations as his own piggy bank, many people were surprised. Even though prosecutors said Jackson spent thousands between August 2005 and April 2012 at restaurants, nightclubs, on travel, high-end electronics and a gold-plated Rolex watch, it was the expenditures that seemed like he was preparing for a Halloween party that received the most attention and ridicule.

There was $10,105 in Bruce Lee memorabilia; $14,200 in Michael Jackson memorabilia, including a $4,600 fedora; a black and red cashmere cape, a reversible mink parka along with memorabilia from Malcolm X, Dr. Martin Luther King, Jr. and Jimi Hendrix.

The younger Jackson became the butt of late-night jokes. But a reading of the letters submitted to the judge on his behalf provides deeper insight into the younger Jackson’s character and how his illness altered his behavior. Jackson, who resigned from Congress as part of his plea deal, was scheduled to be sentenced on Wednesday.

His sister, Santita, the oldest of the five Jackson children, wrote that having a famous civil rights leader as their father made life anything but normal.

“Throughout our lives, particularly our young lives, our Father’s name was far more controversial than celebrated and actually, depending upon where you stood it was a name that was at least as infamous as it was famous,” she wrote. “We lived with daily assassination threats, armed security in our home and the probability – not the mere possibility – that our Father could be taken from us at any moment, as had happened to so many before him. My Siblings and I rarely discussed the fears surrounding those realities with one another; the idea of life without our Father was too heartbreaking – and too near our reach. But we, each in our own ways – and none more than Jesse – resolved to make each day our best day, because each day could have been the last day that our Father would be alive to have seen any of us.

“I neither knew how deeply nor the extent that he [Jesse Jr.] felt the pressure of our existence until I read a WASHINGTONIAN Magazine article in which he said that you never feel ‘quite the same way about rebelling against your Father if every time you see him could be the last time that you see him.’”

Santita Jackson said her younger brother, like the rest of the children, had to earn his own way in life.

“When he wanted a car in in high school, he became a busboy at a restaurant – starting his shift at 4:30a and taking the bus at 3:30a – in order that he earned the monies necessary to purchase his used Camero,” she wrote. “When he met his Beloved wife Sandra, he recognized her talent and ambition – and her need for support. He took on the responsibility for her tuition, housing and transportation – all before he married her. All these things he did and more, because he learned and believed that a man accepts the obligations for those he loves – be they ‘the people’ ‘a person’; ultimately, a man takes care of his own.”

Marty King, a childhood friend, wrote: “Jesse not only shared his Dad but he also shared his Mom and his Dad’s friends as well. The only thing Jr. required in return was for you to volunteer to serve in some capacity. It was classic self-less-ness. There are several dozen of us that would not have gone to college or been successful without this selfless act by Jesse Jr. He increased our dream quotient, he gave us life options that we never knew existed, he provided a college experience for many of us even when we were kids. He allowed us to search our hearts and our dreams through people who had achieved the highest honors in the world. He provided real life exposure and examples that enabled us to dream beyond our greatest imagination.”

Another friend, Alanna Joi Ford, expressed similar feelings. She wrote, “Frankly, I had never met a young gentleman until I met Jesse Jr. Fathers, grandfathers, uncles, teachers and businessmen were gentlemen but not young men. I held the young men I would encounter in life to the standard that Jesse, Jr. presented. It has served me well. He urged us all to be better and because of him, I am better, still.”

Dr. Alvin F. Poussaint, a professor of psychiatry at Harvard University, said he has known the Jackson family since the 1980s and was always impressed with Jesse Jr’s. maturity and intellect.

“As a psychiatrist, I believe that any of his current difficulties stem from the reported mental disorders he experienced, as some of his behavior has not been in keeping with the solid character he displayed as a younger man,” Poussaint said. “His bizarre activities are consistent with the diagnosis of a bipolar disorder. His mental condition is certainly a mitigating circumstance that may explain the awful mistakes he acknowledges in his plea agreement.”

Jesse L. Jackson, Sr. wrote, “I am not sure at what point Jesse Jr. began to foil his own ambitions, whether the depression began to set in, whether the duodenal bariatric surgery, which requires strict medical discipline or where the bi-polar disorder fit into the trajectory. But I do know that when we as a family realized this, he has been under substantial medical treatment for recovery and is honoring his doctor’s prescription. I am anxious to see him continue his service and work as he recovers.”

David R. Slane, an attorney in Oklahoma City, said: “I do believe he is an individual that should be considered for a downward departure under the Federal Sentencing Guidelines as it relates to his very serious mental illness. As I am certain that you are aware, he suffers from a bipolar disorder. I have personally observed and witnessed Mr. Jackson at times where I saw a change in his mental capacity and his thought process. I am certain that this mental illness is not the cause of the legal problems is certainly a major contributing factor.”

In her letter, Rep. Marcia Fudge (D-Indiana) said, “Although some members of Congress and I saw Jesse exhibit what we know were various signs of illness during the last 4 to 5 years, we also saw him continue to work as a tireless advocate for the poor and under-served”

The most vivid description of the younger Jackson’s mood swings came from Rep. Hank Johnson (D-Ga.), who suffered from bouts of depression.

“I have known Jesse since January 1, 2007. He was one of the first to welcome me into the 110th Congress, and I recall at our first meeting being thrown off by his upbeat greeting. I was somewhat surprised by how upbeat he was in welcoming me to Congress,…given the fact that he was a confidante of my predecessor [Cynthia McKinney], whose seat I had taken in a hotly contested primary election.

“It didn’t take very long before I began to notice that Jesse was not always upbeat. He would sometimes walk right past me and instead of a cheerful ‘hello,’ it would be a sullen acknowledgement of my presence. Then the next encounter would be more upbeat. After experiencing this type of on/off behavior a few times, I took it as a sign that Jesse had a problem with me, which only confirmed what I suspected from the very beginning.

“So I decided to treat Jesse just like he treated me. I did not want to deal with him if he didn’t want to deal with me. I took Jesse’s demeanor personally, and my negativity was heightened by my own depression I was feeling because of heavy medication that I was taking for my own ailment at the time.

“This period of indifference was what marked my relationship with Jesse for some number of months thereafter. During that time, I began to observe Jesse and it seemed to me that his demeanor would change from night to day and from day to night, but he seemed mostly angry or sullen. I just couldn’t put my finger on what Jesse was about. I noted Jesse’s behavior on the House floor.

“On some occasions he would sit by himself while matters were being debated, and while the other members were discussing matters and socializing among themselves, Jesse would be sitting silently by himself, shutting off all communication while displaying a sullen demeanor. At other times, he would act the exact opposite. He would sit with members and act as if …he was the life of the party. He would talk and laugh loudly, and he would claim the center of ….attention.

“…..It was only later when news of Jesse’s illness became public that I began to realize that I was not the only one who had been depressed.

“By the time the news broke, I was medication-free and feeling great. I now know that my friend Jesse had all along been suffering and that his suffering was longstanding and more intense than any that I had experienced. However, through my own limited experience with depression, I can relate someone to the illness, and it pains me to know that I was not as kind to Jesse as he was to me, and that I never knew enough about the illness of depression – from which we both suffered – to be able to help my friend get the help that he needed long before he hit bottom.”

Justice Department Gets Smart on Crime