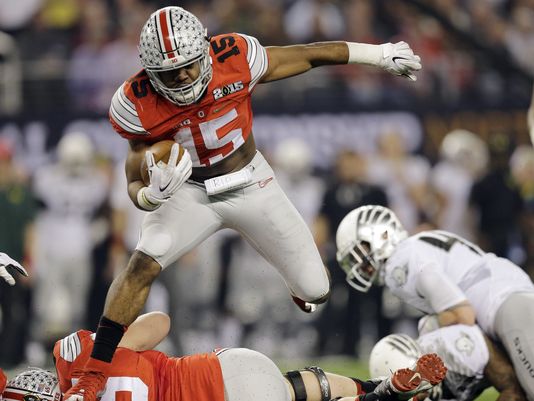 (USA Today) – This is not a repeat: Ohio State tops the USA TODAY Sports 1-128 preseason re-rank. If you can recall, the Buckeyes also led the way in the final re-rank to end the 2014 season. Typically, I’ve found that national champions — and defending national champions — tend to hold the top spot.

There’s simply too much talent to ignore, even as the Buckeyes enter the season opener without five contributors, including All-America defensive end Joey Bosa, and head into the second half of August having yet to decide on a starting quarterback.

Ohio State is followed by Baylor, which is set to field the best team in program history;Auburn, now with one of the nation’s top defensive coordinators in Will Muschamp; and Alabama, even if the Crimson Tide have a quarterback quandary of their own.

Then comes Boise State — and yes, the Broncos are going to be very, very good. Rounding out the best of the best: TCU, Oregon, Arizona State, Michigan State and Stanford.