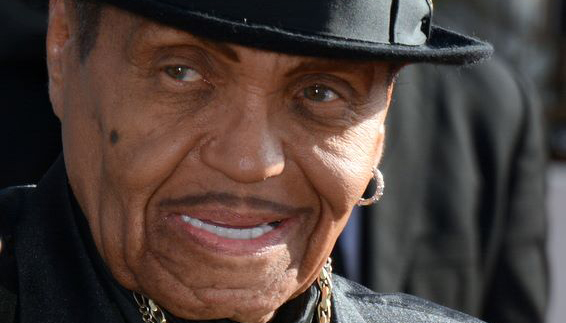 Joseph Jackson, the patriarch of the Jackson family of superstars, has died.

After his own failed musical aspirations, Joseph Jackson help launch his children to international stardom in the 1960s and 1970s.

He managed the Jackson 5 before the group left Motown and was rebranded as the Jacksons.

Ultimately, the patriarch is responsible for the emergence of the biggest star in pop music history, the late King of Pop, Michael Jackson.

Last week, the family announced that Jackson was terminally ill following a long battle with cancer.

Born in 1928, in the one-horse town of Fountain Hill, Arkansas, Joe’s grandfather was a slave and he later described his upbringing as “lonely” and with “few friends,” according to his biography.

His parents separated when he was 12 and after a period living with his father in California, he moved to be with his mother and four siblings in a Chicago suburb and pursued his dream of becoming a professional boxer.

It was while living with his mother that he met and married local girl Katherine Scruse and, in 1950, the couple moved to nearby Gary, Indiana, and within eight years had 10 children, including twins Marlon and Brandon, the latter of whom died at birth.

The pressures of looking after his family meant Jackson had to abandon boxing to work full time, though he also played guitar with a blues band named The Falcons.

Although he remained frustrated at The Falcons’ lack of success, it was when he caught nine-year-old son Tito playing with his guitar in 1962 that Joe’s fortunes changed.

Despite initially threatening Tito with punishment for snapping a string, he urged his son to keep playing.

Jackson then encouraged Jermaine and Jackie to join Tito in forming a group, later adding Marlon to it, and eventually Michael.

Five years later The Jackson 5 played New York’s Apollo Theatre in Harlem and in 1969 they were signed to Motown Records.

Their first single, “I Want You Back,” was released that same year and shot straight to No. 1.

The Jackson 5 set a world record as the first musical act ever to sell 10 million records in 10 months.
With Jackson managing his children, they became world-renown stars.

“If I could go back there, to us being those kids in Gary, I’d trade all of this in for that,” Jermaine Jackson said. “To much has happened, you get lawyers, agents and everyone pulling at you. It wrecks the family,” he said.

As the calendar turned to the 1980s, the patriarch began to lose his grip on his sons’ careers, particularly Michael, who under other management would turn out the groundbreaking album, “Off the Wall,” and then the supremely popular and world’s bestselling LP, “Thriller.”

Jackson also earned a reputation as a strict disciplinarian who sometimes went over the top when administering punishment.

During a 1993 interview with Oprah Winfrey, Michael Jackson described “regurgitating” whenever he’d see his dad.

“Yeah, he regurgitates all the way to the bank,” Joseph Jackson said after Michael’s comment. “I taught them to be tough. We raised them in a tough neighborhood, where other kids were in gangs and getting into drugs. I didn’t want them to be soft. I whipped him with a switch and a belt. I never beat him. You beat someone with a stick.”

Jackson also managed the careers of his daughters, Latoya and Janet, who first earned fame as “Penny,” an abused foster child on the 1970s hit television show, “Good Times.”

She later appeared on “Diff’rent Strokes,” and “Fame.”

Today, Janet is considered one of the world’s biggest music stars and she also has several film credits under her belt, including Tyler Perry’s “Why Did I Get Married?”

In 2011, Janet reflected on her relationship with her father.

“I wish our relationship was different,” she said. “I think my father means well and wants nothing but the best for his kids… but that is not necessarily the right way.”

Although Jackson remains married to Katherine, in 1974 he fathered another daughter, Joh’Vonnie, out of wedlock.

Earlier this year, Joh’Vonnie described Joseph as a loving father. For his part, Joseph Jackson said he held no regrets.

“I’m glad I was tough, because look what I came out with,” he said. “I came out with some kids that everybody loved all over the world.”

Stacy Brown is an NNPA Newswire Contributor and co-author of “Michael Jackson: The Man Behind the Mask: An Insider’s Story of the King of Pop.” Follow Stacy on Twitter @stacybrownmedia.