Jay Leno to Retire, Jimmy Fallon to Take Over Tonight Show in 2014
Advertisement 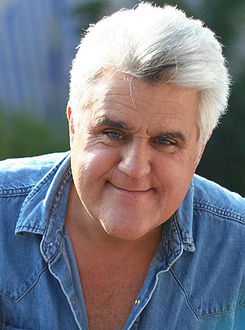 [People] This is no song and dance – like he did with Jimmy Fallon earlier this week.

NBC also said he will be succeeded, as expected, by Jimmy Fallon, 38, once Leno finishes out his contract in spring 2014. The show will also return to New York’s 30 Rock. Johnny Carson had moved the show, which first premiered in 1954 (from Manhattan), west in 1972.

“Congratulations, Jimmy. I hope you’re as lucky as me and hold on to the job until you’re the old guy,” Leno said in a statement released by NBC. “If you need me, I’ll be at the garage.” (Leno has an enviable classic car collection.)

Get more stories on your favorite celebrities by subscribing now.

Responded Fallon: “I’m really excited to host a show that starts today instead of tomorrow.”

“Jay Leno is an entertainment icon, making millions of people laugh every weeknight for more than 20 years,” Steve Burke, CEO of NBC Universal, said in a statement. “His long reign as the highest-rated late-night host is a testament to his work ethic and dedication to his viewers and to NBC.”