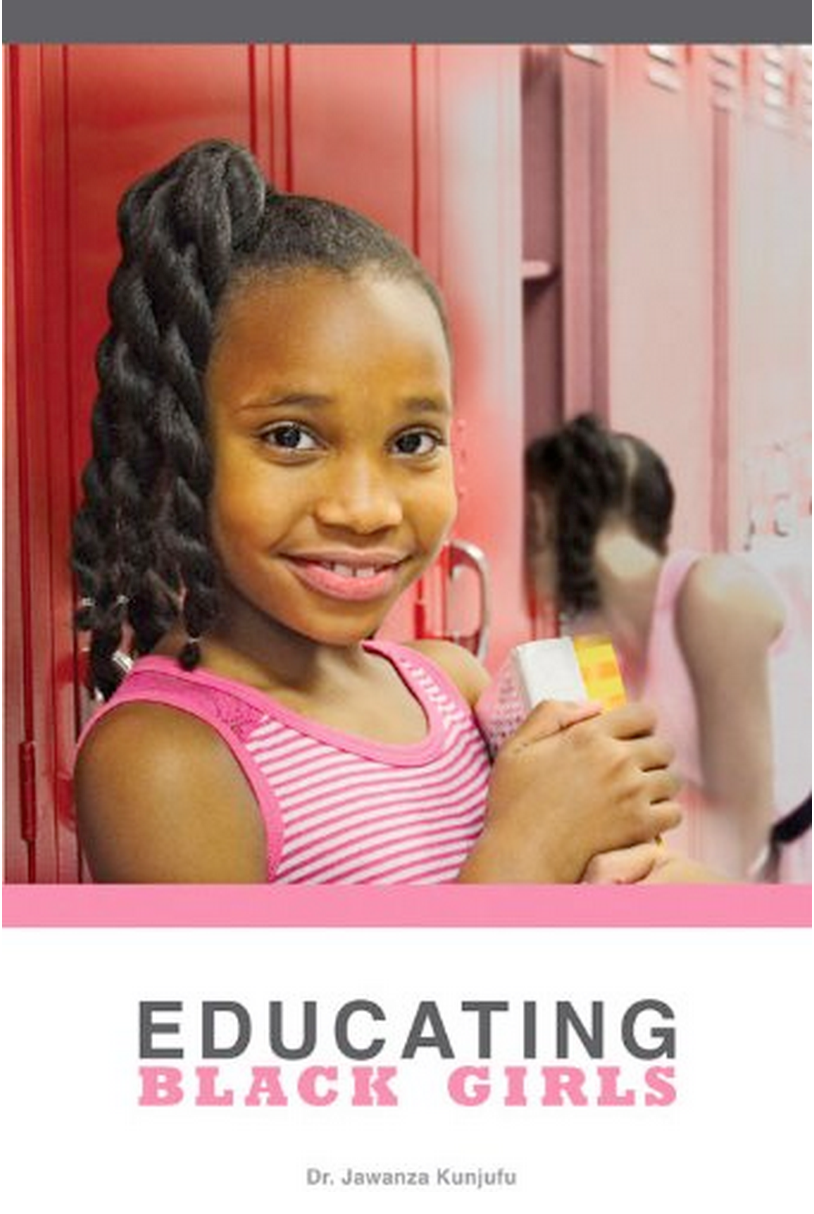 WASHINGTON (NNPA) – For the past 40 years, Jawanza Kunjufu has dedicated his life to uplifting African Americans through education and empowerment. His work as an educational consultant and author of 33 books has centered on the plight and triumphs of African American boys and men – until now.

“Numerous people have asked me to write a book on Black females, but I didn’t feel that was my place – it wasn’t my expertise,” Kunjufu said.

After a woman at an event for educators in Oakland, California challenged him and everyone present to pay attention to Black girls, Kunjufu decided to look into it. “I did a literature review and I did not like what I saw. These figures are unacceptable…if these things were happening to White girls, it would be a major national crisis.”

Black girls are being suspended from school at rates second only to Black boys – except in Wisconsin, where Black girls are suspended more than anyone else, according to a U.S. Department of Education civil rights study. The high school drop out rate among Black girls is 40 percent.

“For too long, the plight of Black females has been treated as a stepchild to the plight of Black males and the agenda of White feminists,” the book’s introduction reads, adding that Black girls could benefit from an initiative such as President Obama’s My Brother’s Keeper. “Young women of color have special challenges and needs, independent of their brothers that would greatly benefit from such national attention and coordination of federal resources.”

Kunjufu asserts that many teachers, especially White female teachers, have warped views of the Black girls in their care. He points to recent examples such as Salecia Johnson, Jmyha Rickman, and Ja’eisha Scott, who were all handcuffed and charged with crimes after throwing tantrums at school. The eldest was eight at the time of her incident.

“Many teachers are afraid of our children. It’s very difficult to be an effective teacher when fear is involved,” Kunjufu explained. “They believe Black girls have too much attitude, are too sassy, too bossy. They’re uncomfortable with Black females being that assertive.”

In the third chapter of the book, “Black Females Speak,” it is clear that Black girls are picking up on these signals. Quotes from girls around the country include: “In this school you can get suspended over your attitude;” “Why don’t teachers like me?” “Some teachers act like they are afraid of us;” and “Most teachers don’t care about me and won’t be back next year.”

The book also details the areas of education in which Black girls are routinely overlooked—STEM and sports. The dearth of women, particularly women of color, in the science, technology, engineering, and math fields is no secret. But the lack of representation and segregation in student sports gets less attention.

In the athletics chapter, Kunjufu finds that 60 percent of Black high school girls do not participate in any sport. He also asserts that White feminists—who hail Title IX legislation that allowed women equal access to college offerings, especially sports—are oddly silent about the lack of Black girls outside of basketball and track.

“We could increase the number of Black females in college if we exposed them to lacrosse, swimming, soccer, softball, volleyball, golf, tennis, ice skating, gymnastics, and the longer track events,” Kunjufu writes. “If they distinguish themselves in sports, an athletic scholarship could be their ticket to college.”

Educating Black Girls seeks to give educators a tool for recognizing the shortcomings in their efforts to educate Black girls. It poses many questions as food for thought. It also offers solutions and suggestions for school administrators and teachers, including basing lessons and protocols in a concept called SETCLAE: “self-esteem through culture leads to academic excellence.”

Kunjufu’s book also suggests single-gender classes where appropriate; replacing all out-of-school suspensions with in-school suspensions based on empowerment lessons; more accurate and multicultural history lessons; and looping students with effective and relatable teachers. (Looping allows students and teachers to remain together across years or subject levels).

The book is just over 126 pages and is currently available via African American Images (http://africanamericanimages.com/AAI/New%20Releases.htm). It will become available on Amazon next year. The book’s parental counterpart, Raising Black Girls, is slated for later this year.

For the Sake of Michael Brown