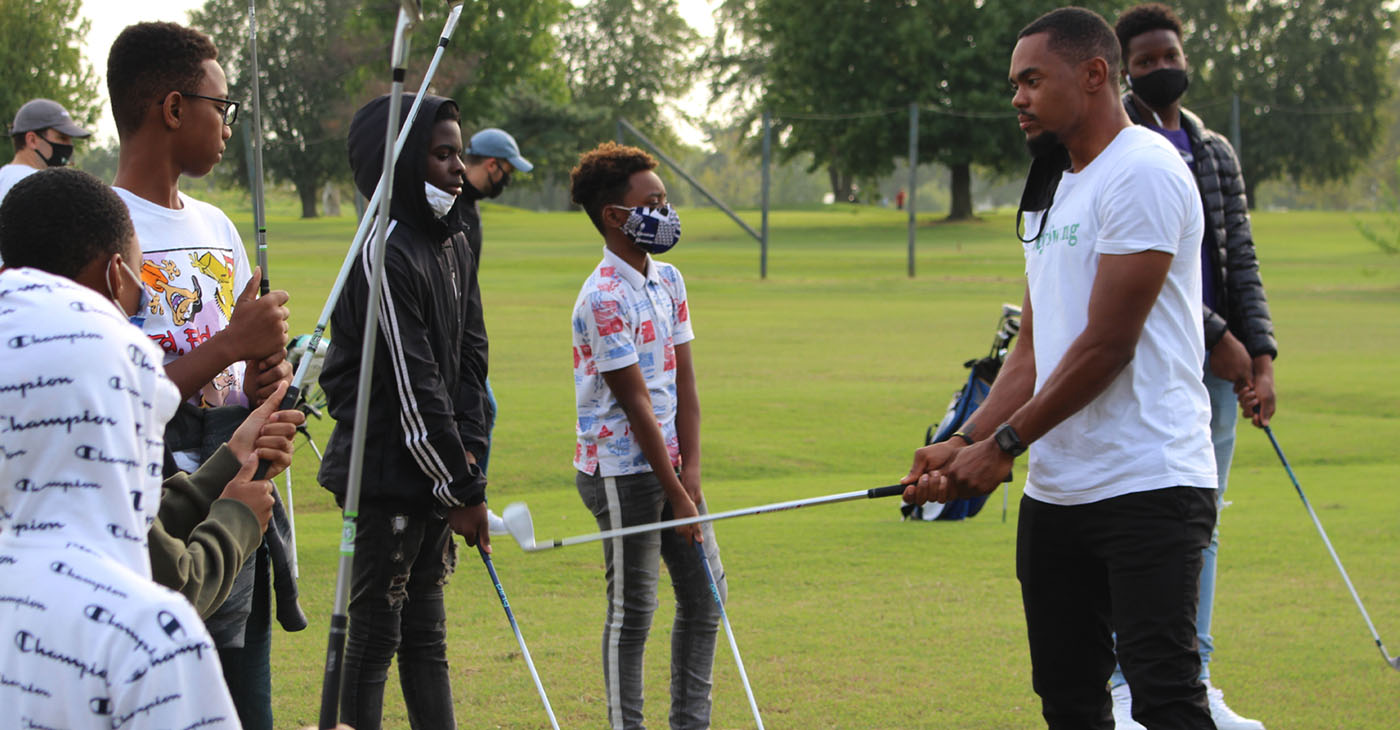 PGA Professional Demarkis Cooper is working to make golf more inclusive and inspire passion for it in others.

By Anthony Witrado, PGA of America

As a preteen, Demarkis Cooper had dreams of playing quarterback. Maybe, one day, being the face of a franchise, or even the face of the NFL.

But over the span of a few minutes back in June 2008, after hitting a handful of golf balls while on vacation with his family, Cooper made a spontaneous declaration that would change his life.

With that statement, the 12-year-old Cooper was on his way to becoming a PGA of America Member, one with an influential voice in golf’s developing effort to diversify the sport and make it a more inclusive activity.

He was recognized for that last week at the 2022 PGA Show in Orlando as a glowing example of the Make Golf Your Thing movement.

PGA LEAD is a two-year leadership training program for diverse Members committed to taking on voluntary leadership roles within the PGA at the Chapter, Section and National levels.

It’s another way for underrepresented Members to have a stronger voice within the Association, and the golf industry.

As one of the PGA’s rare Black Professionals – fewer than 1% of PGA Professionals are African American – Cooper understands his role in shaping an atmosphere that more people are comfortable in and that changes some of golf’s negative perceptions.

His work at CitySwing, an indoor golf facility in Washington D.C. that strives “to change the culture of golf by eliminating the barriers into the game,” reflects that. 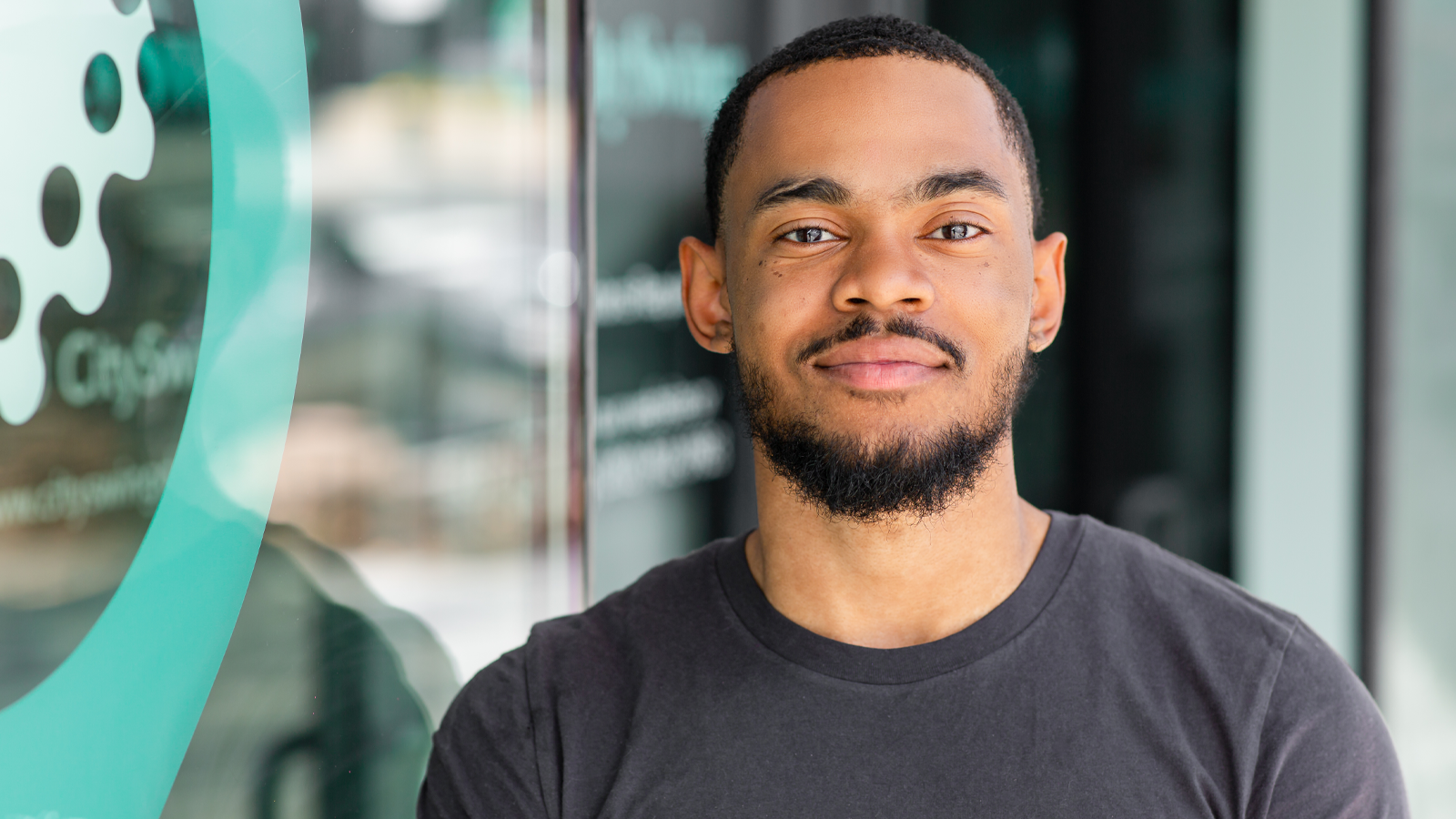 “All of us have to do our part to make sure we bring in more people into golf,” says Cooper, now 25.

“Being a part of the PGA and what they’re doing to really try to make things more inclusive, that’s exactly what I’m trying to do at CitySwing. So people who come from a different background, they have someone like me to look at and connect with to keep them in the game.

“I just want to be able to make the biggest difference I can.”

To his surprise during his first competition, there was no halftime break after nine holes, and he estimates he shot “about 150” in that initial event. 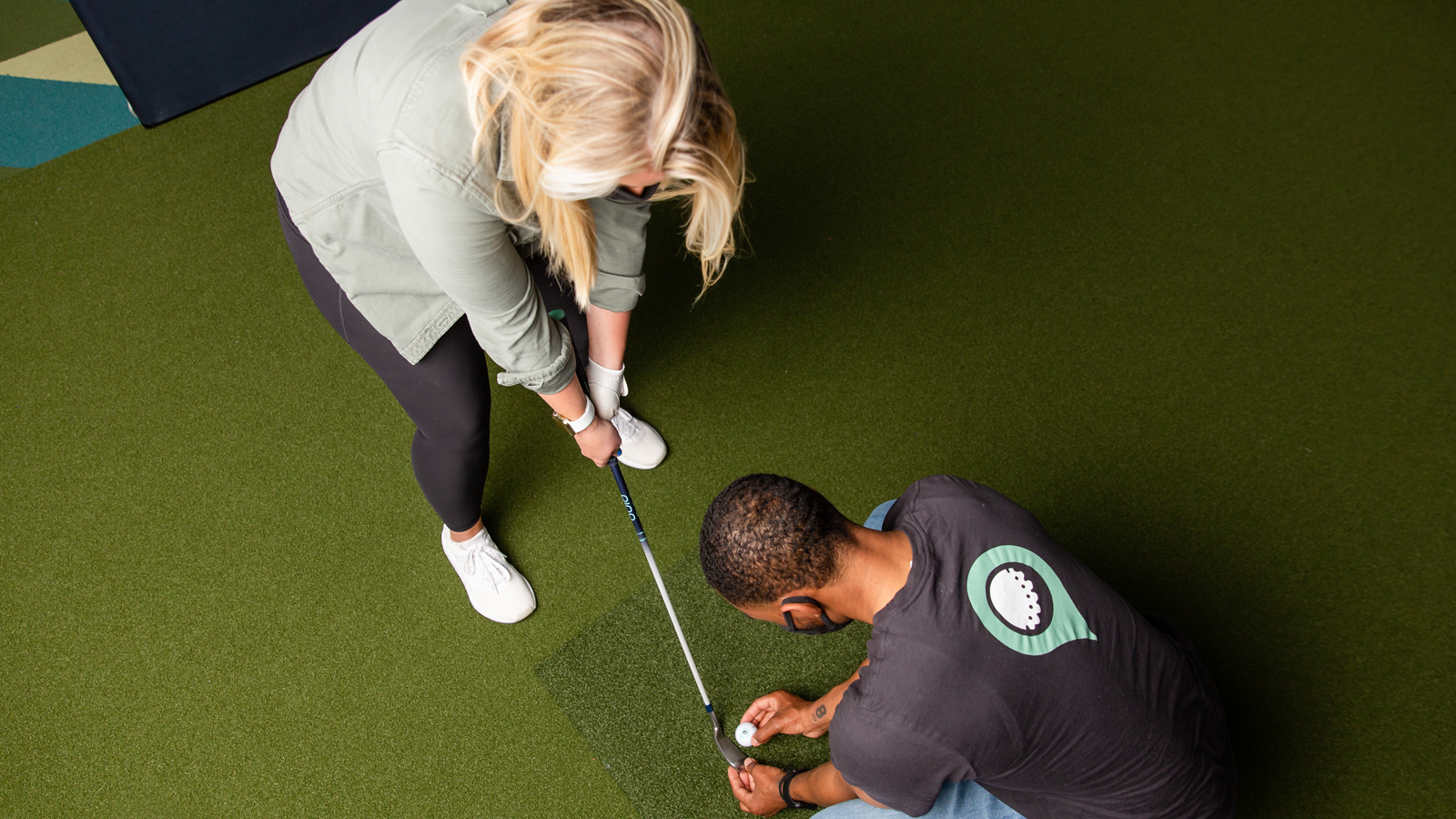 Still, he fell in love with the game and went on to play college golf at the HBCU Maryland Eastern Shore while going through its PGA Golf Management University program.

To learn more about the PGA of America’s PGM program, visit pga.org/membership/university-program.

Going through the program, Cooper became fully invested in pursuing a career in golf. It was his passion, and he wanted to stay involved in any way possible.

“The way I figured, I love golf, and if I’m a Member of the PGA, I’ll always have a job in golf,” Cooper says. “I knew I could make a lifelong career out of this, and that’s what I wanted to do.”

Earning Membership and becoming a PGA Teaching Professional is Cooper’s way of making a living through that passion.

And after countless hours of lessons and his experience in talking with new golfers, he believes the way to bring more people of color into the game, the industry and potentially PGA Membership, is by sparking their love for the game at the grassroots level. 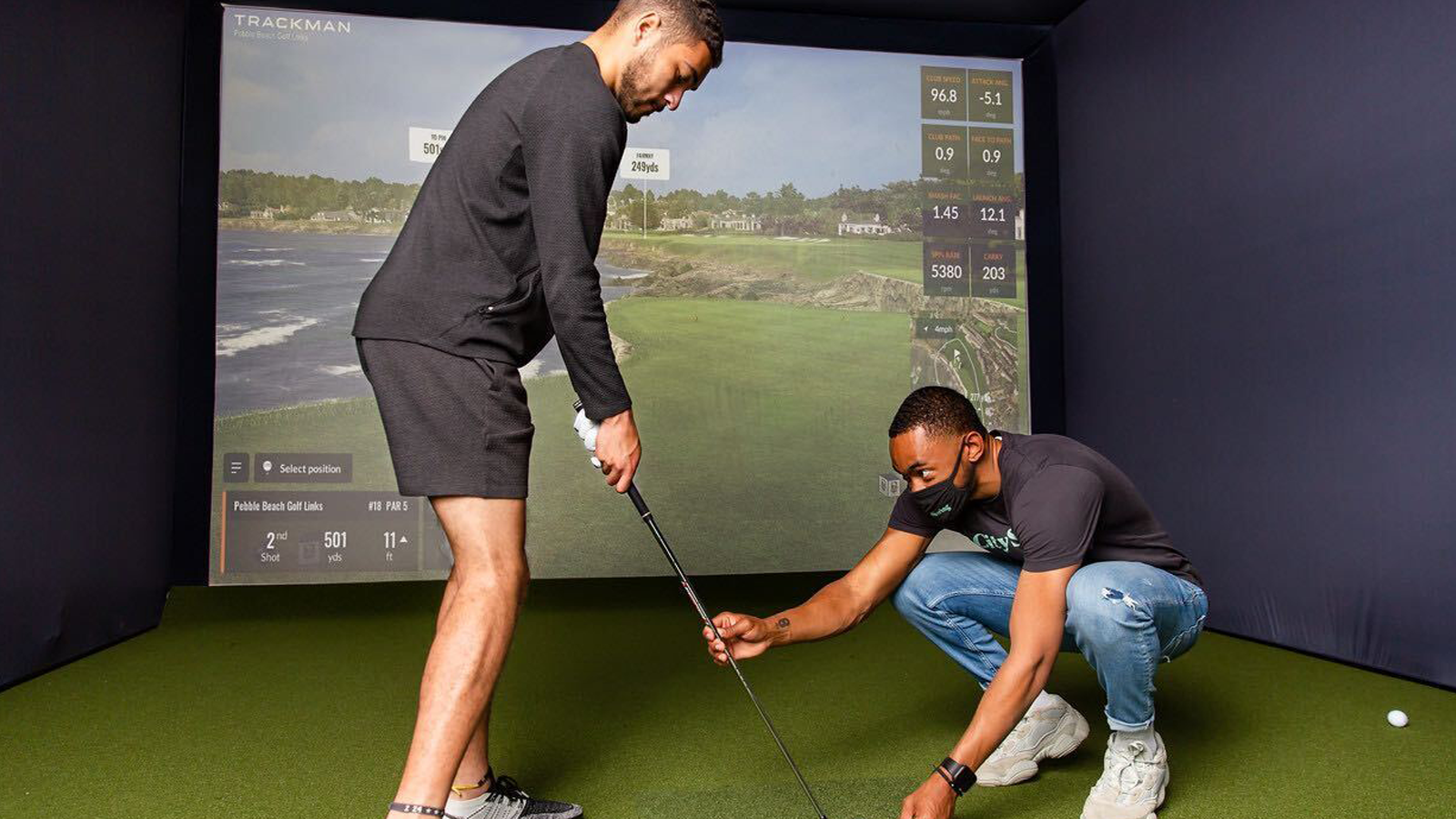 Programs like PGA Jr. League and PGA Family Cup, he believes, are great ways to attract new audiences of young people and create that love at an early age. And along with non-traditional facilities like CitySwing, those experiences can focus on giving people a comfortable, welcoming experience that keeps them playing and finding their love.

Cooper also says promoting diverse golf influencers like NBA star Stephen Curry, a PGA Jr. League Ambassador, and influencer Roger Steele, the founder of progressive content agency HIPE Media, can be ways to get people of color interested in golf, even if they’ve never considered it before.

The emphasis being that the more people see others who look like them playing the game, the more likely they’ll gravitate toward it.

As Cooper sees it, there won’t be another “Tiger boom” that fuels an influx of diverse players. While it’s certainly possible that another African American golfer has massive influence, odds are they won’t dominate as Woods did, or captivate society enough to create the same phenomenal impact.

That means it’s up to people like Cooper to welcome in the next wave.

“If you don’t play golf, you’re not watching golf. So I’m focused on the ground level, what I can do and embracing those people,” Cooper says.

“The more people of color that are playing golf, the more interested they’ll be in working in golf and joining the PGA [as Members]. It just has to be a big group effort.”

If you or someone you know is interested in becoming a PGA Member, visit pga.org/membership.