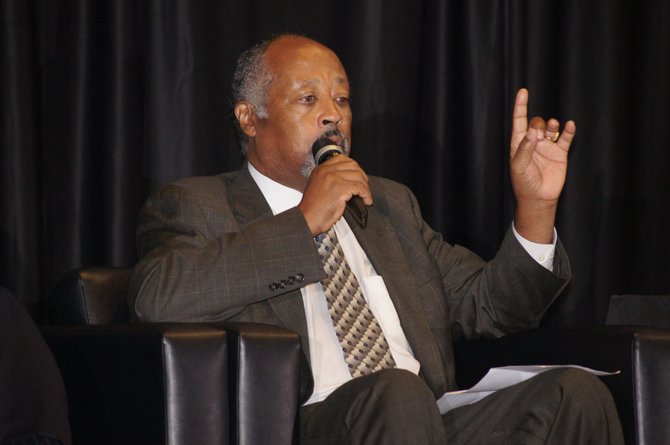 (The Washington Post) – For years, the air over central Pittsburgh has ranked among the country’s dirtiest, with haze and soot that regularly trigger spikes in asthma attacks, especially among the urban poor. So it might have seemed odd that a black business group would choose this spot to denounce proposed restrictions on smog.

But that’s exactly what the head of the National Black Chamber of Commerce did this month. Chamber President Harry C. Alford appeared before some of Pittsburgh’s African American leaders to urge opposition to a White House plan for tougher limits on air pollution. Then he went on radio to deliver the same appeal.

“Why do we impose these ­massive, arbitrary rules?” Alford asked.

Despite the unlikely venue, the message was anything but unusual for Alford, a veteran of multiple campaigns to quash regulations intended to improve air quality or fight climate change. Since early summer, Alford has delivered the same pitch in multiple cities, blasting a plan to impose limits on ozone, a pollutant that contributes to urban smog and aggravates breathing disorders, particularly among the elderly and very young.