In One Section of Queens, Gun Violence Has Left Activists with Plenty of Work to Do
Advertisement 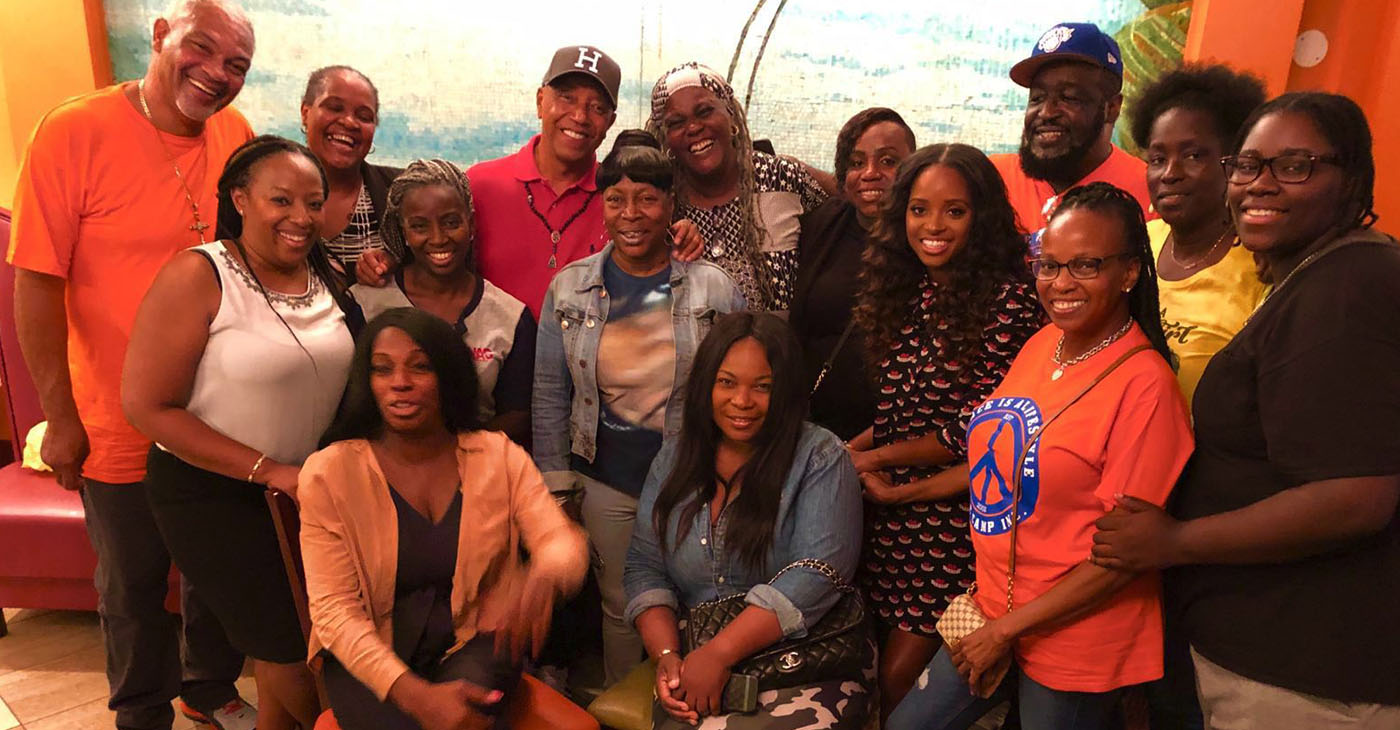 On September 4, Ford, hip-hop and business mogul Russell Simmons, civil rights activist and Women's March on Washington Co-Chair Tamika Mallory, and others attended a wake for a 22-year-old victim.

The latest shooting spree in the New York City borough of Queens has rocked the foundation of the community – the parents and grandparents of both the victims and the perpetrators.

It has also nearly broken a dedicated and longtime activist, who said her organization desperately needs help.

As of September 4, the Jamaica, Queens neighborhood where Ford grew up and now serves, has seen 12 people shot and nine of them killed over a 13-day period.

On September 4, Ford, hip-hop and business mogul Russell Simmons, civil rights activist and Women’s March on Washington Co-Chair Tamika Mallory, and others attended a wake for a 22-year-old victim.

Mourners packed a local church as at least a dozen New York City Police officers stood outside. Ford, Simmons, and Mallory offered some of the victim’s family members and friends, comfort.

“We’ve had nine deaths in Southeast Queens,” said Ford, who was selected in 2012 to join a gun-violence task force established by then-President Barack Obama.

“Among the victims are a 13-year-old and all of these deaths were preventable,” said Ford, whose work has led to global recognition with features by Oprah Winfrey and Essence Magazine among others.

The level of violence in Queens is shocking and previously unseen since Ford founded Life Camp nearly 20 years ago.

The gun violence occurred as Ford continued her cry for help.

While the city provided funding for the mobile trauma units, Ford hasn’t gained enough help with other needs.

“We need to expand. We can’t do it alone, and nobody is reaching out,” Ford said.

It isn’t as if Ford’s organization hasn’t been successful in combating violence.

Over the last three years, the crisis management system that was co-created by Life Camp has contributed to a 15 percent decline in shootings in the 17 precincts with the most violence.

With the motto, “making peace a lifestyle,” Life Camp provides youth and families impacted by violence, the valuable tools needed to stay in school and out of the criminal justice system.

The organization provides programs and other holistic approaches to reinforce self-esteem and respect for life among young ones. Life Camp also connects and mobilize youth to prevent and heal from violence in New York’s most underserved communities.

Life Camp supplies job training and resume development for community members. Organization members travel to crime scenes and hospitals to try and avert retaliation after a shooting has occurred.

“If young people who have experienced gun violence receive wraparound supports to empower them to fulfill their basic needs and sustain mental, physical, and economic health and wellness, they will lead healthier lives,” Ford said.

“They will also be less likely to resolve conflicts with violence,” she said.

Life Camp is comprised mostly of working mothers who have lost their children. They offer therapeutic and healing services and funeral and security preparation.

The Life Camp team canvasses affected neighborhoods to help de-escalate tensions and to provide intervention and mediation to help stop the violence.

Ford said the organization needs the support to hire credible community messengers and for its neighborhood communication campaign.

They’d also like to purchase uniforms and supplies for team members and extend the hours of its mobile crisis unit.

“We want to create safe corridors for our kids and for our staff to get to and from school and work safely,” Ford said.

The program “is a shining example of how much better and effective local interventions are than the police who, in many cases are disconnected, not trusted, brutal and too often fatal,” said Simmons, who has sponsored an annual dinner for the parents of gun violence victims in Queens.

“Violence cannot be contained. It has to be prevented by trusted and effective community-based programs,” Simmons said.

Simmons hosted the September 4 dinner at “The Door” restaurant in Queens where dozens of mourners and Life Camp staff members gathered after the wake.

“Unfortunately, we had this planned [before] we had 12 people shot in queens in last two weeks,” Ford said.

“It’s usually just for the mothers, but my staff is here. I see my staff every day. But, as a shell. I don’t’ see people inside of them because they are broken, they’re in pain because when you lose nine people in one community in two weeks … this ain’t right,” she said.

“We want to break bread, and we want to smile and relieve some of that pain that’s heavy on our hearts. We have a funeral tomorrow, and we have another funeral next week. We still have work to do to make sure nobody else gets killed,” Ford said.

OP-ED: The Time is Now to Help Prevent Gun Violence in Urban Neighborhoods