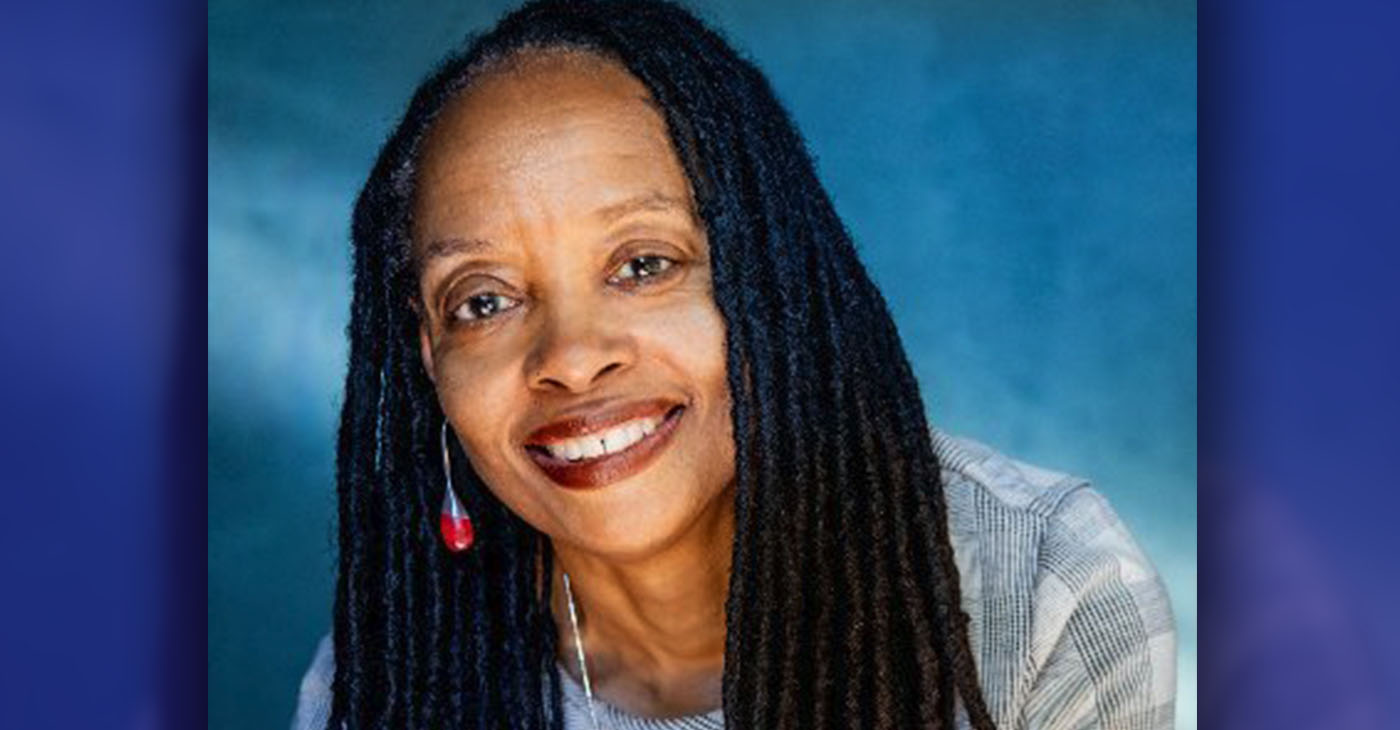 A founding officer of the Alice Walker Literary Society and a member of the National Book Critics Circle, Valerie Boyd earned a degree in journalism from Northwestern University and a Master of Fine Arts degree in creative nonfiction writing from Goucher College.

A native Atlantan, Valerie Jean Boyd was born on Dec. 11, 1963, to Roger and Laura Jean (Burns) Boyd. Her mother was a homemaker, and her father owned a gas station and later a tire shop in the Bankhead area of the city where she grew up. Valerie was super proud of her family, especially her father and his accomplishments which were significant, particularly for a Black man who grew up in the segregated South. Val would tell exciting stories of her Dad’s businesses, the interesting people that frequented the gas station and how the tire spot was so tiny, they had to roll the tires out of the shop and stack them up outside in order to work the cash register inside of the shop. Valerie’s eyes were windows to the soul and the stories she told were funny, poignant, engaging and painted a vibrant picture of Atlanta, the city she loved.

Having grown up watching the trailblazing broadcast journalist Monica Pearson on television, Val was able to see herself as a journalist and decided to pursue a career in journalism. She set her sights on Northwestern’s Medill School of Journalism and the rest is history. In 1985, she graduated with a degree in journalism. Following her undergraduate career, Val returned to Atlanta, becoming immersed in the arts and culture scene and joining the new wave of Black writers and creatives who called the southern Black mecca home.

Valerie had a storied career as an arts editor at the Atlanta Journal & Constitution starting as a copy editor, writer and eventually Arts Editor. She was also Senior Editor for The Bitter Southerner and a contributor to the Oxford American and other anthologies including In the Tradition: An Anthology of Young Black Writers (1992), edited by Kevin Powell and Ras Baraka. A major figure in the new wave of Black talent shaping culture and the craft of writing in major Black cities, Boyd co-founded and launched the magazine HealthQuest: The Publication of Black Wellness in 1993. Like her father, Valerie was an entrepreneur at heart. She launched EightRock, a journal that focused on African American arts and culture.

A founding officer of the Alice Walker Literary Society and a member of the National Book Critics Circle, Boyd earned a Master of Fine Arts degree in creative nonfiction writing from Goucher College, which would prove helpful as she blazed trails in writing the definitive biography of Harlem Renaissance writer Zora Neale Hurston. Val learned about Hurston as a student at Northwestern when she was assigned the book, There Eyes Were Watching God. It was there where Val’s interest in Hurston was ignited. She would travel to Eatonville, Florida, Hurston’s birthplace to attend a festival celebrating the beloved writer. Following a discussion with Robert Hemenway, a white author who had written a biography of Hurston in 1973, Val knew a Black womea had to write the story and she was that Black woman. Val was so committed to telling Hurston’s story, she left the AJC and moved to Florida to better understand the woman who’s life story would usher her into literary royalty.

Valerie is best known for her detailed and illuminating work on Hurston. The Southern Book Critics Circle chose Wrapped in Rainbows for the 2003 Southern Book Award for best nonfiction book of the year. The American Library Association selected her biography of Hurston for a 2004 Notable Book Award. In 2017, she received a Governor’s Award for the Arts and Humanities from Governor Nathan Deal and First Lady Sandra Deal. The award recognizes outstanding individuals and organizations that have made significant contributions to Georgia’s economic, civic, and cultural vitality. Boyd will be posthumously inducted in the 2022 Georgia Writers Hall of Fame where she will join fellow illustrious writers Tayari Jones, Toni Cade Bambara, Clarence Major, Jericho Brown, W.E.B. DuBois, Pearl Cleage, Clarence Major, John Lewis, James Alan McPherson, Dr. Martin Luther King, Jr., Alice Walker, and Kevin Young among others.

Val was not only a writer; she was a foodie and lover of culture. Valerie served as a board member for the Southern Foodways Alliance and was known to curate food experiences for friends and family. She once curated a food experience which told the story of Zora Neale Hurston through food with a menu planned by award-winning chef Mashama Bailey.

Renowned food writer John T. Edge was a close friend of Valerie’s and she loved when he came to town because he had the inside scoop on restaurants. She stayed abreast of the happenings around food in Atlanta. You literally would get a call from Valerie and the next day you would be at a biscuit pop-up in Bankhead. Also a foodie, Val turned me onto restaurants in Atlanta and Athens, most notably Serpas, which closed during the pandemic and The National. We used to devour Serpas’ salmon chips and The National’s cheese stuffed dates.

One of my fondest memories of Valerie is the last time I saw her in person where we raided her snack cabinet. We were collaborating on a new digital publication on African American Health (HealthPlus) and decided to meet in person. I picked up sandwich boxes from Alon’s Bakery & Market and headed to her beautiful home in scenic Pine Lake. Ever the big sister, she offered to CashApp me money to pay for the food. I reminded her she was one of the most giving and generous people I had ever met, so it was my pleasure to buy lunch for someone who had mentored and given so much to me.

We had a lot in common – southern Black women, locs, writing, lovers of African American literature and history, Northwestern, Goucher, UGA, Black Hollywood, Veta, great restaurants and snacks. We ate our delicious sandwiches from Alon’s and devoured the small bag of chips. We looked at each other and she sprinted to her snack cabinet. Yes, Val had a snack cabinet. I had a snack pantry. We would literally talk about snacks all of the time. Potato chips are a favorite for both of us so we ate chips and then cookies, giggled at our impetuousness, and eventually talked shop.

Valerie was a writer’s writer. She was the Charlayne Hunter-Gault Distinguished Writer in Residence and Associate Professor of Journalism at the University of Georgia’s Grady College of Journalism and Mass Media. Val co-founded and directed the distinguished low-residency MFA Program in Narrative Nonfiction at the college. She was known for working with the community, mentoring students, and connecting students with faculty and industry leaders to enhance their academic training. In 2015, Valerie organized a quaint session to introduce 12 high school students to Pulitzer Prize-winning author Alice Walker at UGA’s Wilson Center for the Humanities and Arts. Valerie was a great connector and collaborator.

At the time of Valerie’s passing, she had recently completed work on Gathering Blossoms Under Fire: The Journals of Alice Walker. Hand-picked by Walker to work on the project, Boyd spent seven years researching and editing the book which will be released by Simon & Schuster in April 2022.

“Valerie Boyd was one of the best people ever to live,” Walker said in a statement from Simon & Schuster. “Even though illness was stalking her the past several years, she accompanied me in gathering, transcribing, and editing my journals Gathering Blossoms Under Fire, and stood with me until the end. This was a major feat, a huge act of love and solidarity, of sisterhood, of soul generosity and shared joy, for which she will be remembered.”

Val was also working on a project on public art in Mississippi with Academy award-nominated actress Aunjanue Ellis and had recently been appointed editor-at-large for UGA Press. We were collaborating on HealthPlus, a digital-first publication on African American health for The Atlanta Voice which launches this month (March 2022). Unflappable, Val will be remembered for her generosity of spirit and commitment to the craft of writing, being a free Black woman and freeing others in the process.

Valerie was preceded in death by her parents Roger and Laura Boyd. Her older brother Michael Boyd passed away February 18, 2022, from cancer. She is survived by her younger brother Timothy, niece Kaylisha, and life partner of 23 years Veta Goler. She was 58.