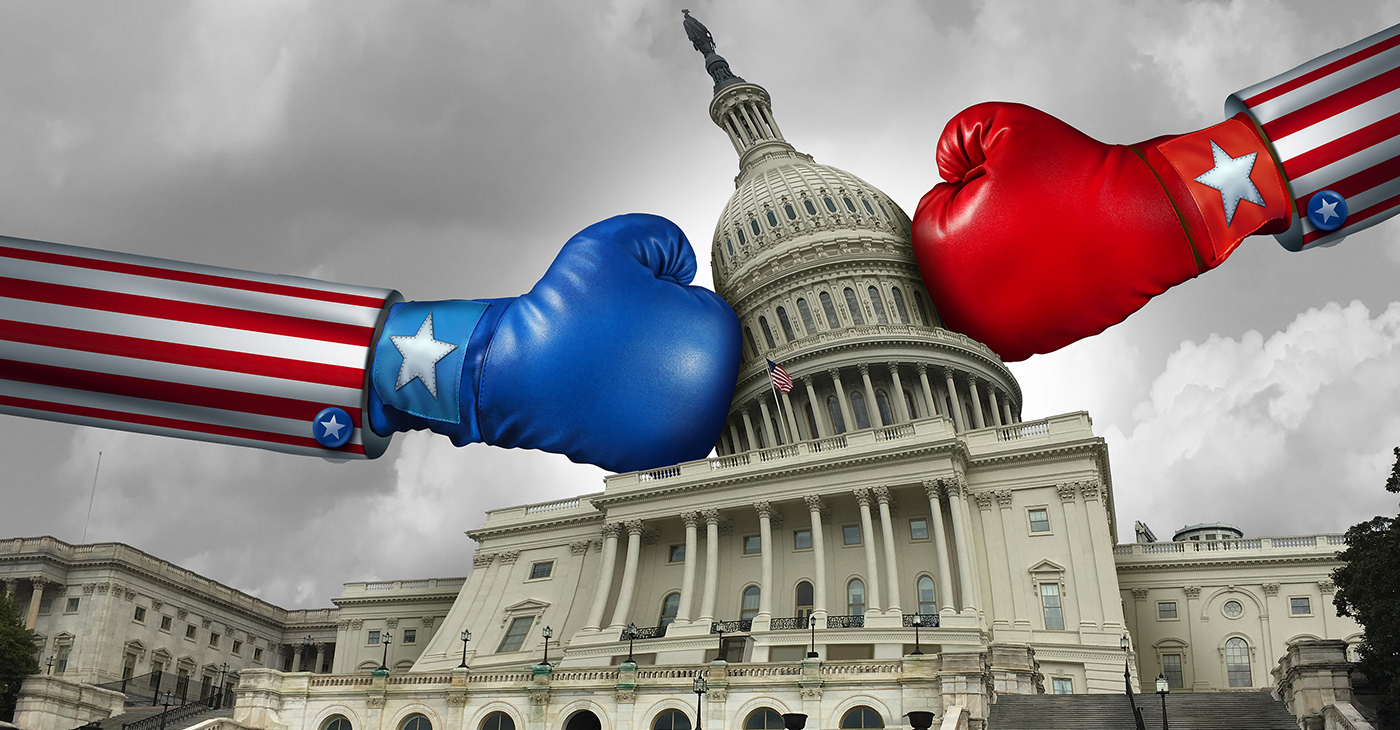 Special Counsel Robert Mueller identified at least ten instances of obstruction of justice by the president during the 2016 presidential campaign and through the course of the Russia investigation. (Photo: iStockphoto / NNPA)

The news of the resulting investigation has also unified Democrats, particularly those like Rep. Maxine Waters of California, who has argued for some time that Trump should face impeachment.

“Donald Trump has admitted to abusing the power of the presidency by asking Ukrainian President Volodymyr Zelensky to launch an investigation into his political opponent in order to get dirt that the Trump campaign could exploit in the 2020 U.S. presidential election,” Waters stated.

Trump allegedly asked Zelensky to dig up dirt on former Vice President Joe Biden, the current frontrunner to be the Democratic candidate in the 2020 election.

“This action within itself – where the president is seeking the cooperation and assistance of a foreign government in uncovering dirt on his opponent – is unlawful, unconstitutional, and unpatriotic. I am elated that the Congress of the United States will move forward in an expedited manner to investigate and impeach this president,” Waters said.

The idea of impeachment as drafted into the Constitution by its framers, is designed to establish the process whereby we can remove a President from office that was engaged in unlawful activity, said David Reischer, an attorney and CEO of LegalAdvice.com.

Section 4 of Article Two of the United States Constitution reads:

“The President, Vice President and all Civil Officers of the United States, shall be removed from Office on Impeachment for, and Conviction of, Treason, Bribery, or other high Crimes and Misdemeanors.”

The Constitution requires a two-thirds super-majority among Senators voting for conviction because the framers wanted to establish that removal from high office via any process that, thereby, overturns the vote (the will) of the electorate, justifies and requires a high burden of proof, according to experts.

“Like the Mueller report, while the allegations against the president are serious, the allegations stop just short of actually concluding that a crime had been committed,” stated Reischer.

Removal is not the only reason to launch a formal impeachment inquiry, according to Sam Nelson, an associate professor and chair of the Political Science Department at the University of Toledo.

“Many observers have focused on the futility of impeachment given that a Republican-controlled Senate will almost certainly not vote to remove the President,” Nelson noted.

He added that the impeachment investigation into President Richard Nixon proved that the proceedings could move public opinion when there is evidence presented in an open forum.

Additionally, an official inquiry strengthens the hand of the six committees already investigating the president and his administration, Nelson told NNPA Newswire, adding, “These committees are locked in legal battles with the White House over subpoenas, witness testimony, and executive privilege.”

“Courts are more likely to side with Congress in the exercise of its Article I power to investigate an impeachment than when they are engaged in regular oversight.

“And, perhaps most importantly, impeachment exists in the Constitution to be a deterrent to unconstitutional, criminal or illicit behavior by presidents, judges and other government officials,” he said.

Impeachment is the ultimate backstop for the constitutional separation of powers and Congress’s co-equal role in the constitutional design, according to Nelson. Impeachment, even if the Senate does not vote for removal, should act as a deterrent not just to Trump but also to future presidents of both parties, he said.

“To not open an impeachment inquiry given the gravity of the most recent allegations against the president is to give him, and all future presidents, vast, unchecked power to ignore the Constitution, the other branches of government, and the public interest,” stated Nelson.

So, what’s the process to impeach the president?

Historian and radio show host Michael Hart said it begins when one member of the House drafts articles of impeachment against an elected official.

Impeachment is the same as an indictment in U.S. criminal courts.

Following the drafting of the articles of impeachment, the Speaker of the House decides whether to entertain the idea by convening an impeachment committee.

“This is done to discuss the merits the merits of the charges – and there could be many – and determine if support for the move is there,” Hart stated.

If the charges rise to the height of impeachment – as determined by the Speaker and under advisement from other caucus members, a formal declaration of impeachment is drawn, and hearings begin.

After the hearing, Congress decides whether to vote on impeachment.

If the vote succeeds, the Senate then must determine whether they will act.

“A little-known fact is that the impeachment of a president can be originated by a senator – but that senator would have to find a House member to sponsor and bring forward the call to the House,” Hart said.

Despite little chance of success, members of the House have used or considered impeachment as a way to taint a president, Hart noted.

“It’s a public condemnation, although it can be a risky one,” he said.

It can also bring forth needed facts, something Democrats and a growing list of other observers said is necessary for the current administration.

“An impeachment process is a viable option for the current House of Representatives given that the hearings will force several people in or close to the Trump Administration to testify before Congress under oath,” said D. Gilson, a writer who has taught popular cultural studies.

Waters added that when coupled with Trump’s already shady history, there’s more than enough evidence for Congress to launch an impeachment query.

Although the U.S. intelligence community unequivocally concluded that Russia interfered in the 2016 U.S. presidential election, Trump has shown brazen support and deference for Russian President Vladimir Putin and the Kremlin and has continued to undermine and outright deny the validity of the U.S. intelligence community’s findings, stated Waters.

Special Counsel Robert Mueller identified at least ten instances of obstruction of justice by the president during the 2016 presidential campaign and through the course of the Russia investigation.

Mueller furthered the scope of what’s known about collusion and coordination between the Trump campaign, Trump’s allies, and the Kremlin in their efforts to undermine U.S. election systems on Trump’s behalf, Waters said.

“This president orchestrated hush-money payments in order to silence his mistresses with the aid of his attorney, Michael Cohen, who pled guilty and is serving jail time for these acts, which are potential felony violations of campaign finance laws,” she stated.

“This president has been documented by the Washington Post for having lied more than 12,000 times since taking office. Unlike any other president in modern history, Trump has refused to release his tax returns to the American people. These and a host of other actions are further evidence of his disgraceful and contemptible actions as the president of the United States.

“As I have stated time and time again, Donald Trump is a dangerous and dishonorable man. He has no respect for our democracy, our Constitution, or the rule of law. It is past time that Congress fulfills its Constitutional duty to impeach him. I am elated that it appears that day is upon us.”