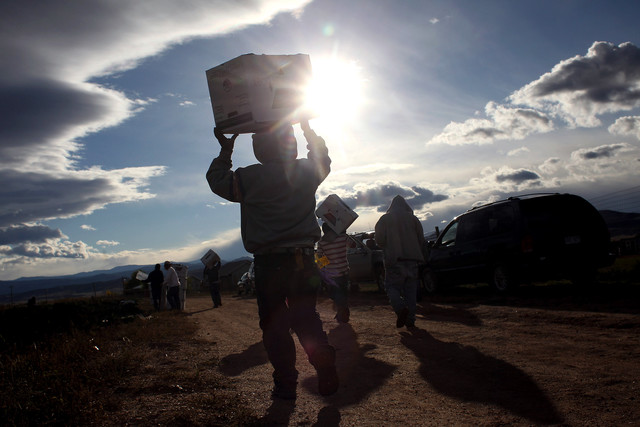 The labor market is healing faster for immigrants than for U.S.-born workers as the growing economy favors those at the low and high ends of the pay scale.

Joblessness among those born outside the U.S. averaged 8.1 percent in 2012, down from 9.7 percent three years earlier, according to Labor Department data released to Bloomberg. In the same period, the rate among those born in the country fell to 8.1 percent from 9.2 percent.

Working immigrants, who are more likely than native-born Americans to either lack a high school diploma or to hold an advanced degree, have gained from a decades-long divergence in the labor market that has swelled demand for jobs paying above- and below-average wages. Amid this dynamic, the battle over comprehensive changes in immigration law is coming to the forefront in Congress.

Foreign-born workers “increase efficiency in the economy, and by increasing efficiency, they eliminate bottlenecks,” said Pia Orrenius, a senior economist at the Federal Reserve Bank of Dallas who has studied immigration. Their availability “lowers overall unemployment, and increases economic growth.”

Is Buffett overpaying for Heinz?