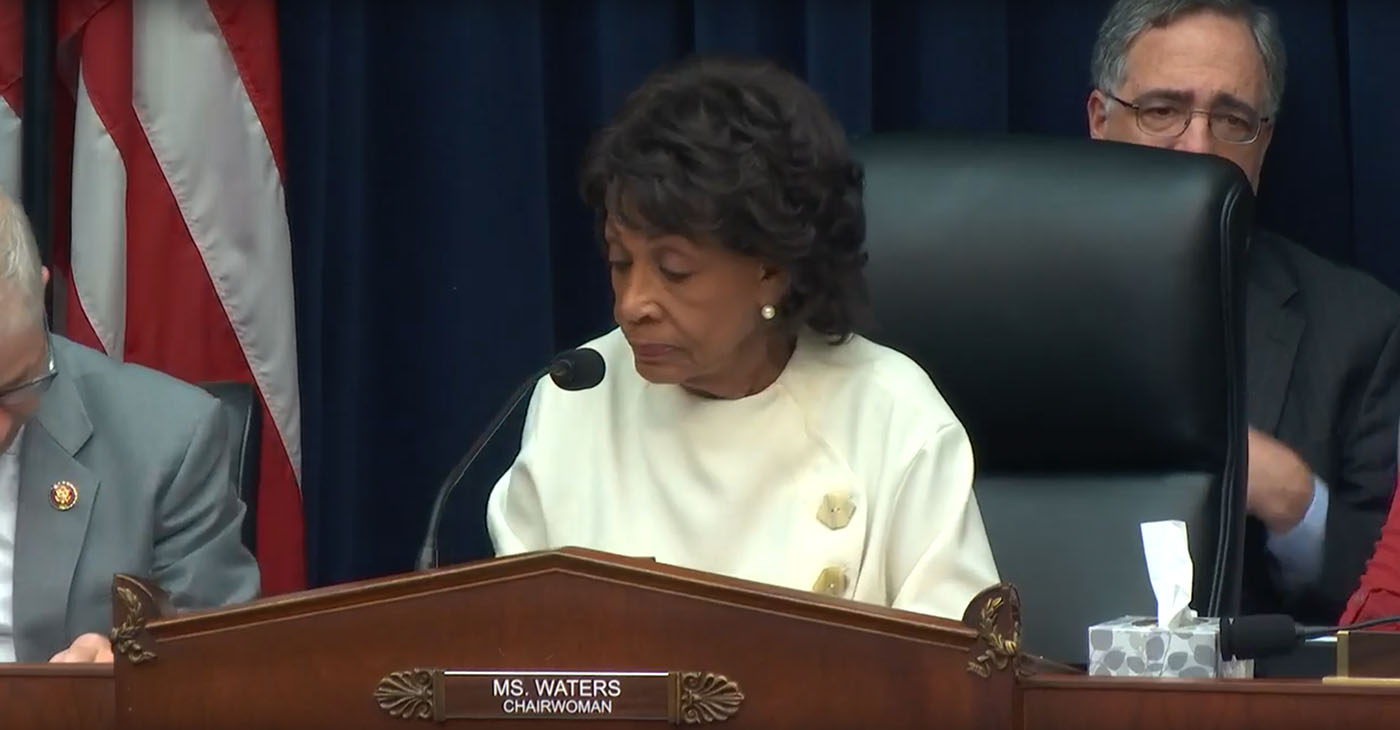 Read below for 10 tough questions Committee Democrats asked the CEOs to answer during the hearing.

“After the Parkland shooting last year, where a lone gunman killed 17 student and staff with a military-style semiautomatic rifle, two of the banks on this panel, Citibank and Bank of America, stepped up to the plate and adopted formal policies limiting their business with certain gun industry clients, and I want to publicly thank them.

Now, Mr. Dimon, last week you published your letter to shareholders. The section on responsible banking, you wrote the paragraph that is up on the screen right now. You said that turning down clients with low character is “often the only way to be a responsible bank.” Well, actions speak louder than words on guns, Mr. Dimon, and from what I can tell these are just words to you.

Let’s talk about some of the actions on your bank’s activities. Even after the horrific massacres at Sandy Hook, Las Vegas and Parkland, JPMorgan has arranged about 273 million dollars of loans for the manufacturers of military-style firearms, the same weapons that are being used in mass shootings all over our country. Even worse, last year JPMorgan took partial ownership of Remington, the manufacturer of the exact gun that was used to kill 20 children in the Sandy Hook shooting. And JPMorgan has refused to adopt a policy to ensure responsible lending to the gun industry, even though you claim client selection is important and even though two of your competitors have already adopted these policies.

So, my question is, will you live up to your own rhetoric, will you commit to adopting a formal policy that ensures responsible lending in your bank’s business with the gun industry?”

See below for video of Rep. Maloney’s Q&A.

“So, let me ask you this question. If you were an employee and you saw your boss making 486 dollars for every dollar you made, how would you feel about that situation?”

See below for video of Rep. Velazquez’s Q&A.

“Last year, your banks accounted for only 25 percent of loans to small businesses, which frankly is not good enough. As drivers of our economy, we must promote small businesses and any impediments in access to credit can undermine their business leading to job loss.

Mr. Moynihan, the CFPB has not collected small business lending data that it’s supposed to do under Section 1071 of Dodd-Frank. Unlike the mortgage market, we have far less information about what is happening in the small business space including potential discrimination. To ensure we have a fair marketplace, shouldn’t policymakers have access to that kind of data?”

See below for video of Rep. Clay’s Q&A.

4. Rep. Al Green (D-TX), Chairman of the Subcommittee on Oversight and Investigations

“Do you believe that your bank benefited from slavery in some way in terms of its business practices?”

See below for video of Rep. Green’s Q&A.

“I want to ask you first and then go down the line, (1) if you hire [DACA recipients] and secondly, if you help them in their renewals.”

“…Goldman Sachs’ big initiative is to help 10,000 [women]. Is this initiative missing a few zeros?”

See below for video of Rep. Porter’s Q&A.

“I think we all know that you profited tremendously from the tax cuts but I just want to run through a few of them.

Meanwhile, each of you makes at least 150 times what your median worker is being paid and three of you on this panel make over 350 times what that median worker makes. Given that the administration’s rationale for those tax cuts was so that companies can reinvest the money, Mr. Dimon, can you explain how you’re investing that $3.7 billion in growing your company and are you using it to increase pay for your workers and reduce the pay ratio?”

See below for video of Rep. Axne’s Q&A.

“I want to take our few minutes together to seek your advice and counsel, if I might, starting with the fact that in our nation almost 50 percent of our wealth is concentrated in the hands of just 1 percent of our population. 20 percent of annual income accrues to just the top 1 percent of earners. Most of the CEOs of the S&P 500 companies, including each of you, earn anywhere between 100 and 500 times more than the median earners at the respective businesses. And every one of these indicators is moving in the wrong direction, in my estimation.

So, I have two questions and I want each of you if you would to take about 30 seconds to answer. The first is, do you believe that our growing wealth and income disparities pose an economic and social risk to our country? And if so, what can you each do, and what can we do here in Congress, to address it?”

See below for video of Rep. Phillips’ Q&A.

“More than a decade later we are still grappling with the consequences of a crisis created by greed and the complete and utter disregard for the welfare of everyday Americans. And yet, the narrative has shifted from a focus on Main Street suffering to a celebration of Wall Street’s recovery. In the district that I represent, the Massachusetts 7th, a study by the Pew Research Center shows that from 2005 to 2009, median wealth among Hispanic households fell by 66 percent, by 53 percent among Black households, 31 percent among Asian households, and by 16 percent among White households.

These families were often the target of subprime lending, yet have never been repaid. Your bank shareholders are reaping record profits while there is little evidence that these lower income individuals and communities of color are anywhere near close to recovering. In fact, just yesterday, we were discussing the ongoing prevalence of redlining and other discriminatory practices, despite the fact that 98 percent of banks are passing CRA examinations. This is exacerbating the wealth gap in Massachusetts and across the country. Today I want to dig a bit deeper and resurface a report from 2016 which addresses pinklining.

Mr. Dimon, you cowrote a piece recently entitled ‘Advancing Black Pathways.” You spoke about how you wanted to address the racial wealth gap. That is wonderful. But what’s even better than an op-ed is action. For the purposes of the record, could you clarify, in 2017 JPMorgan agreed to a $53 million settlement with the DOJ, pertaining to allegations of what?”

See below for video of Rep. Pressley’s Q&A.

“Mr. Corbat, is a cost-benefit analysis that weighs the cost of government fines versus the potential financial upside of potentially breaking the law, does that factor into controversial decision making around misconduct at your bank?”

See below for video of Rep. Ocasio-Cortez’s Q&A.

ON THE MONEY: Baby boomers have different desires in housing