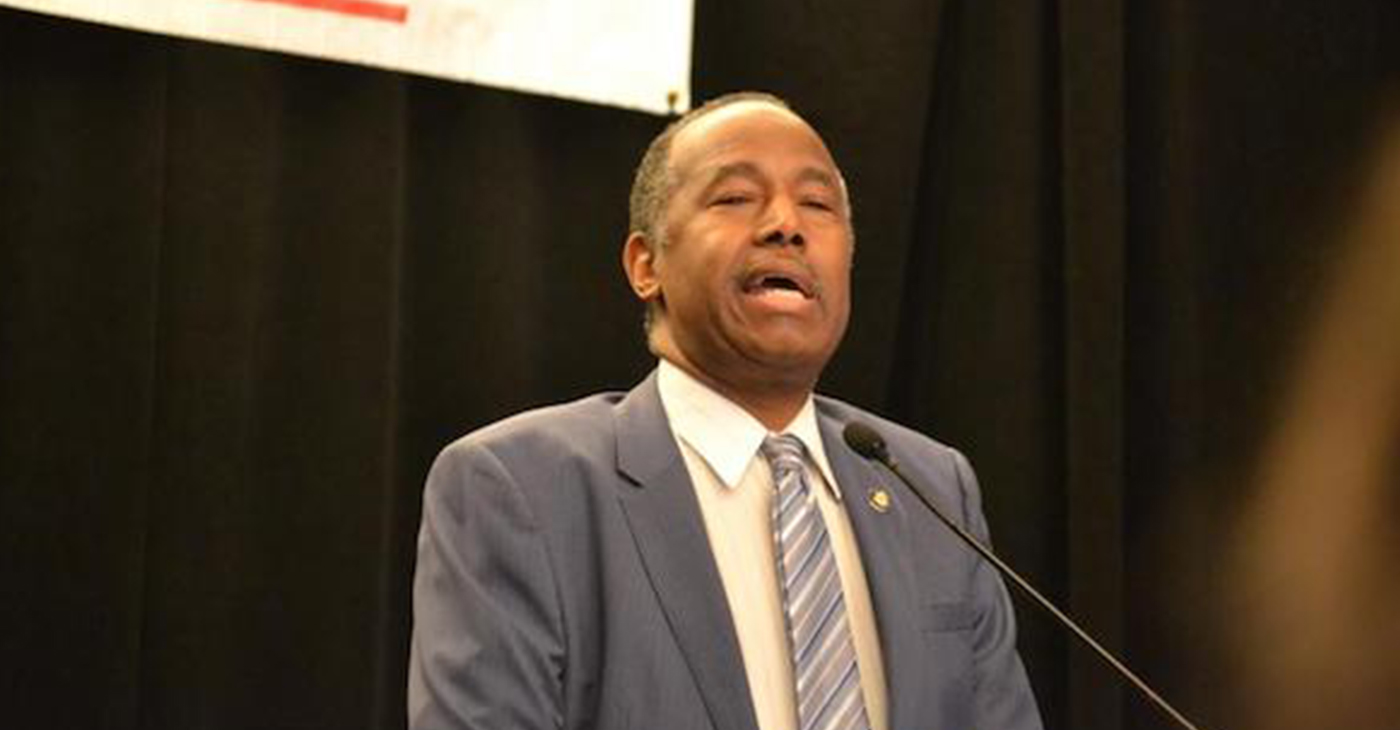 Ben Carson, secretary of the U.S. Department of Housing and Urban Development, speaks during the National Coalition for Homeless Veterans' annual conference at the Grand Hyatt Hotel in northwest D.C. on May 30, 2018. (Photo by: Brigette White | The Washington Informer)

By Charlene Crowell, Special to The Informer

For more than a decade, economists, lawmakers and others have heralded the nation’s economy. Often citing how unemployment has declined as new jobs have been created, or Wall Street trading and major bank profits rising, some might be led to believe that all is well in America.

But as Sportin’ Life in the folk opera “Porgy and Bess” sang, “It ain’t necessarily so.”

On Sept. 16, California Gov. Gavin Newsom joined by state officials representing cities and counties wrote a letter that urged President Donald Trump to recognize homelessness as a “national crisis decades in the making that demands action at every level of government.”

Newsom and company were absolutely correct. State and local officials across the country also reckon with limited resources to house the nation’s half-million homeless and its accompanying persistent poverty. Whether eastward from Washington, D.C., to Baltimore, New York and Boston, or westward from Los Angeles to San Francisco and Seattle, or even other locales — America’s homeless are a visible presence that not everyone has been a part of an economic recovery.

In 2018, 67% of America’s homeless people were individuals. The remaining 33% were families with dependent children, according to a report by the National Alliance to End Homelessness.

Further, according to a new 2019 report by the Annie E. Casey Foundation, “Our nation is currently in the midst of a long period of economic expansion. Yet stagnant wages, rising housing costs and inaccessible job opportunities keep many children and families trapped in impoverished communities. And despite economic growth, we have not seen significant reduction in poverty.”

The Casey Foundation report also found that between 2013-2017, Black and Native American children were the most likely to live in concentrated poverty. For example, half of Michigan’s Black children live in high poverty. Other states where child poverty runs the risk of homelessness are Mississippi (43%), Ohio, (43%), Pennsylvania (42%) and Wisconsin (44%).

Yet despite the availability of homeless and poverty research, Housing and Urban Development Secretary Ben Carson sent Newsom a stark rejection of California’s appeal for federal financial assistance to alleviate California’s homeless.

Carson’s Sept. 18 reply said in part, “California cannot spend its way out of this problem using Federal funds…More vouchers are clearly not the solution the State needs. To address this crisis, California must reduce its regulatory burdens on housing.”

“We know that the number one cause of homelessness is the lack of affordable housing,” said Megan Hustings, managing director of the National Coalition for the Homeless.

“Consumers are already struggling with crushing debt from student loans and medical expenses, or facing triple-digit interest rates when they attempt to access small-dollar loans,” noted Marisabel Torres, director of California Policy with the Center for Responsible Lending, “When they also have to pay some of the highest housing costs in the nation, it is unfortunately unsurprising that there are such large numbers of homeless people in many of California’s large cities.

“California’s homeless may be the largest by state, but the problem is a national one that deserves to be recognized and acted upon,” Torres said.

In 1987 there was an expression of national will to respond to America’s homeless through enactment of the McKinney Homeless Act. That statute created the U.S. Interagency Council on Homelessness dedicating the ongoing support of 19 federal agencies to prevent and end homelessness. HUD is one of the participating agencies. The Council on Homelessness even has a written plan, “Home, Together,” that lays out federal remedies over the fiscal years of 2018-2022.

According to the 2018 report by the Council on Homelessness, “Crisis services are the critical front line of communities’ responses to homelessness, helping people meet basic survival needs while also helping them swiftly secure permanent housing opportunities.”

Someone should give Secretary Carson a copy. And if that takes a while, here’s what Rep. Maxine Waters advised the leadership of the House Appropriations Committee this past June:

“In the richest country in the world, it is simply unconscionable that this many of our neighbors across the country are living without a place to call home,” Waters. “Several communities have experienced severe increases in their homeless populations, further illuminating that homelessness is a crisis. The federal government must recognize the national crisis at hand and support communities and local service providers who are on the streets helping.”

Charlene Crowell is the communications deputy director with the Center for Responsible Lending. She can be reached at Charlene.crowell@responsiblelending.org.

Birmingham to Partner with Bloomberg on Early Childhood Learning