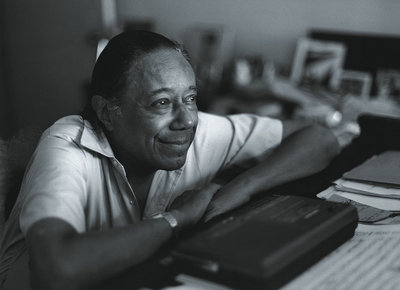 (New York Times) – Horace Silver, a pianist, composer and bandleader who was one of the most popular and influential jazz musicians of the 1950s and ’60s, died on Wednesday at his home in New Rochelle, N.Y. He was 85.

His death was announced by Blue Note Records, the company for which he recorded from 1952 to 1979.

After a high-profile apprenticeship with some of the biggest names in jazz, Mr. Silver began leading his own group in the mid-1950s and quickly became a big name himself, celebrated for his clever compositions and his infectious, bluesy playing. At a time when the refined, quiet and, to some, bloodless style known as cool jazz was all the rage, he was hailed as a leader of the back-to-basics movement that came to be called hard bop.

Hard bop and cool jazz shared a pedigree: They were both variations on bebop, the challenging, harmonically intricate music that changed the face of jazz in the 1940s. But hard bop was simpler and more rhythmically driven, with more emphasis on jazz’s blues and gospel roots. The jazz press tended to portray the adherents of cool jazz (most of them West Coast-based and white) and hard bop (most of them East Coast-based and black) as warring factions. But Mr. Silver made an unlikely warrior.

Kanye West’s Most Bizarre Statements Since Getting Hitched