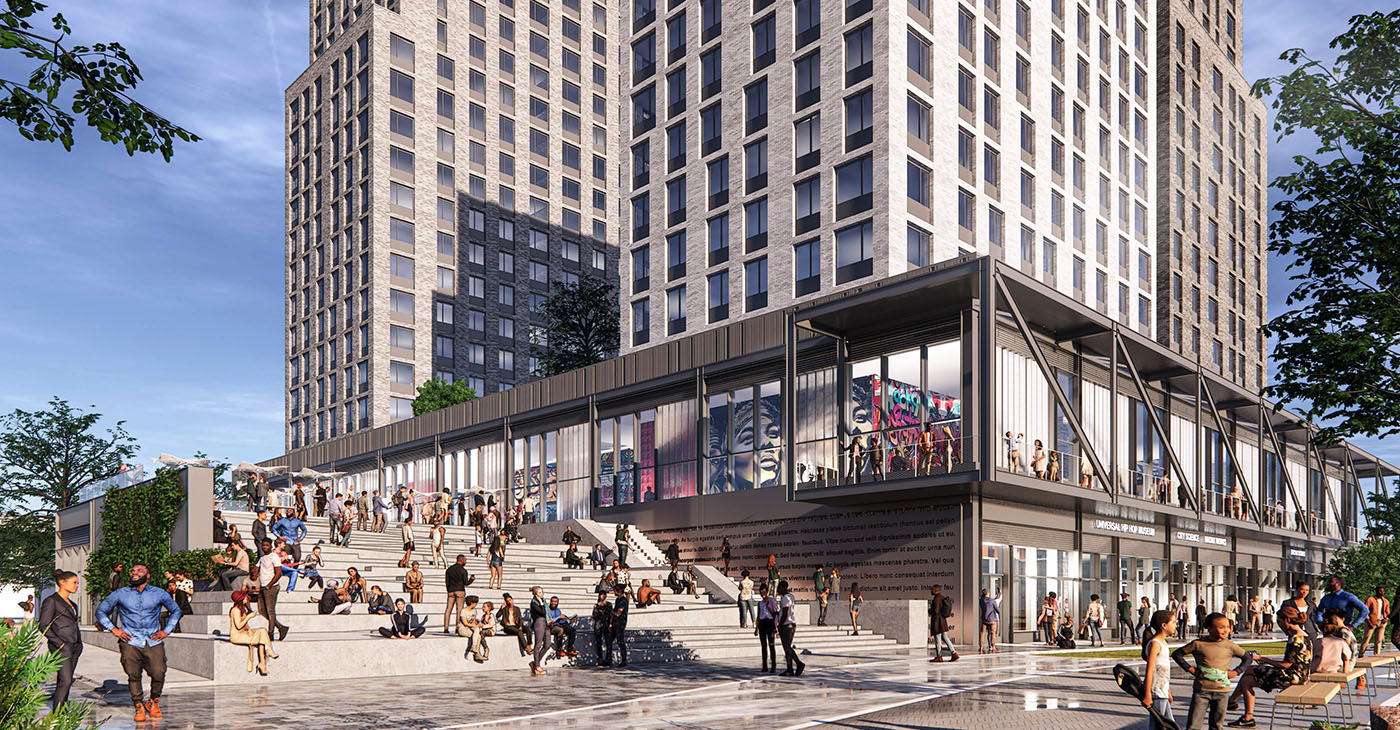 Construction is scheduled to commence in January.

The project had been delayed, in part, because of the pandemic.

It will receive $238 million in bonds and funding from New York City, while the other funds come from state grants, equity from developers and federal tax credits, and Brownfield tax-credit equity from Wells Fargo.

News of the financing sparked a celebration and reflection from Rocky Bucano, the executive director of the Board of Trustees at the Universal Hip Hop Museum.

“My love for music began to form in the early seventies listening to the contrast in musical tastes of my two older sisters. I grew up listening to all types of music, but my favorites were James Brown and the Jackson Five,” Bucano reminisced.

Bucano became a professional DJ at the age of 15, spinning music in each of New York’s five boroughs by age 16.

“I have personally witnessed and helped to guide the rise of Hip Hop from the very beginning, first as a DJ, then as a club promoter, and years later as a record label owner and music executive,” Bucano exclaimed.

“Hip Hop is part of my DNA, which is why I have spent the last nine years of my life working to establish a permanent home that will be responsible for documenting, archiving, preserving, and celebrating Hip Hop History and Culture.”

“When the journey began, there was no blueprint or roadmap for building a Hip Hop museum that would take on the enormity of documenting and archiving the culture’s vast history. But because of my background, I knew that I not only had the knowledge and experience needed, I also had the vision that would make Hip Hop’s future home unlike any other museum or cultural arts institution in the world.”

As the museum moved from concept to incubation and eventually full-scale design, Bucano brought on others whose work in the development of Hip Hop’s global rise was unique to his own experiences.

“The formation of the Universal Hip Hop Museum plays a critical role in the continued development and evolution of Hip Hop Culture,” Bucano stated.

When completed in 2023, the entire Bronx Point project will consist of affordable apartments, retail, other amenities, and the museum that will occupy 2.8 acres of public space.

“Today marks a historic milestone for Hip Hop, with the official financing of the Bronx Point being completed by L+M Development Partners and the city of New York,” Bucano concluded.

“Hip Hop no longer needs to seek placement, validation, or acceptance by other cultural institutions whose mission is not driven by the preservation of Hip Hop. Hip Hop now has its own place to celebrate our own — The Universal Hip Hop Museum — The Official Record of Hip Hop. Congratulations to everyone who made this day possible.”

Biden Heads to Georgia with Message: ‘Send Me These Two Men’