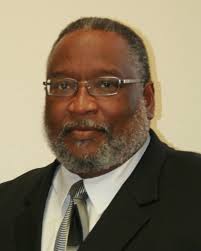 Lezli Baskerville, president and CEO of the National Association for Equal Opportunity in Higher Education (NAFEO), a nonprofit network of Historically Black Colleges and Universities (HBCUs) and Predominantly Black Institutions (PBIs), including community colleges, said that for students who have a gap in funding or choose to go to a two-year institution and don’t have adequate funding, America’s College Promise would create another opportunity for them.

“We are trying to make sure that students that want to go and get a technical certification or some training to get their foot in the door, can do that,” said Baskerville. “We also want to incentivize and facilitate students who want to get a four-year degree doing that, especially low-income students for whom options are very, very limited.”

Baskerville said that the jury is still out on whether a student would opt to go to a two-year college for free instead of going to an HBCU.

“They are going to suffer,” he said. “Not too many schools can operate with just the third and fourth level, especially four-year institutions that don’t have graduate programs. You don’t get the research dollars that can help sustain you. You rely on students being there from their freshman to their senior year. But if you are going to lose a great portion of those students for the first two years, you really will have to change your model, your business plan.”

Johnny Taylor, president and CEO of the Thurgood Marshall College Fund, an education advocacy group that represents about 300,000 students and 47 member colleges and universities, agrees.

“My fear is a real one and that this is going to significantly, negatively impact private HBCUs and I think it’s going to have some negative impact on public HBCUs,” he said. “Mama and Daddy are going to say, ‘If you can go to community college for free, that’s where you are going the first two years.’ So, what you have essentially done is cut in half the revenue for private HBCUs. Private HBCUs are going to feel this in a way you can’t even imagine.”

Taylor said he supports President Obama’s overall goal of providing free college assistance, but thinks it should be done in a manner that would be less harmful to HBCUs.

The United Negro College Fund (UNCF), which represents private HBCUs, has not issued a statement on the community college proposal.

As educators and HBCU advocates debate whether the program will have a disparate impact on Black schools, Toldson argued that enrollment at HBCUs has already taken a hit, because of state-level policy choices.

Toldson used Southern University in Baton Rouge, La., as an example. Toldson said that when he taught at the school in 2005, there were 10,000 students enrolled and over the last decade that number has dwindled to 6,000. Over the same period, Toldson said that community college attendance increased to about 9,000 students.

“The average ACT score is 16 in Louisiana, so you could imagine how many Black students could not go to Southern because of that change,” said Toldson. “So, they had to go to a community college or whatever college would accept them.”

According to data collected by the ACT program, Black graduating high school seniors scored an average of 17 on the exam in 2014, compared to White students who scored 22.3 on average.

“By 2020, an estimated 35 percent of job openings will require at least a bachelor’s degree and 30 percent will require some college or an associate’s degree,” White House officials said. “Forty percent of college students are enrolled at one of America’s more than 1,100 community colleges, which offer students affordable tuition, open admission policies, and convenient locations.”

Seventy-five percent of the funding for the proposal, called “America’s College Promise” will come from the federal government with participating states contributing the rest of the money needed to cover tuition costs. White House officials estimate that the program will cost the federal government $60 billion over 10 years, if all states participate.

Nearly all of the HBCUs are in states where Republicans control the legislature and the governor’s mansion. Getting them – or the Republican majority in the House and Senate – to buy into President Obama’s vision will likely be an uphill battle.

As President Newman noted, spending on higher education is already being cut by most states.

“Of course, you support any opportunity where people can go to school for free,” he said. “The details are what I am concerned about. I don’t see them adding any money to higher education, just redirecting funds. This program will take away funds from private schools. Any proposal that does that is going to hurt us tremendously.”

Baskerville also noted that going to a two-year institution is not the most direct route for anyone who wants to get a four-year bachelor’s degree.

Ivory Toldson, the deputy director of the White House Initiative on Historically Black Colleges and Universities, said that community colleges currently educate more Black students than any other single sector, partly because of limited financial resources.

“Having a program that allows them to cut that financial barrier altogether to go into an institution that can help prepare them for an associate’s degree or to transfer to a four-year college, I think is a worthwhile program,” said Toldson.

Whether community college students will be less likely to enroll in an HBCU after the first two years in another setting is being hotly debated. Regardless of the outcome, Black colleges are looking at a new reality.

Newman said that even before President Obama’s announcement, Jarvis was studying whether to award students associate degrees upon satisfactory completion of the first two years. Now that examination will be accelerated.

“We’re going to have to change our model,” he explained. “I don’t know if we have to play the associate degree game. We will have a need for greater articulation agreements with those community colleges that get those students.”

Other approaches will also be needed.

Baskerville said NAFEO is already working with The Links Inc., an international professional women’s group, to pair HBCUs with two-year community colleges in their service area in an effort to provide students with the experience of attending a four-year institution as they earn college credits at the local community college.

White House officials hope that taking the costs of tuition off the table for two-years will help to ease some of those burdens, possibly improving graduation rates in the process.

If the president’s plan results in fewer students attending HBCUs, that could have a ripple effect. For example, physicians, dentists and other professionals who attend HBCUs are much more likely to return to Black communities to practice than graduates of non-Black colleges.

Referring to the Obama community college proposal, Newman said, “It’s going to change how we operate in higher education. Whether that’s good or bad, we don’t know yet.”