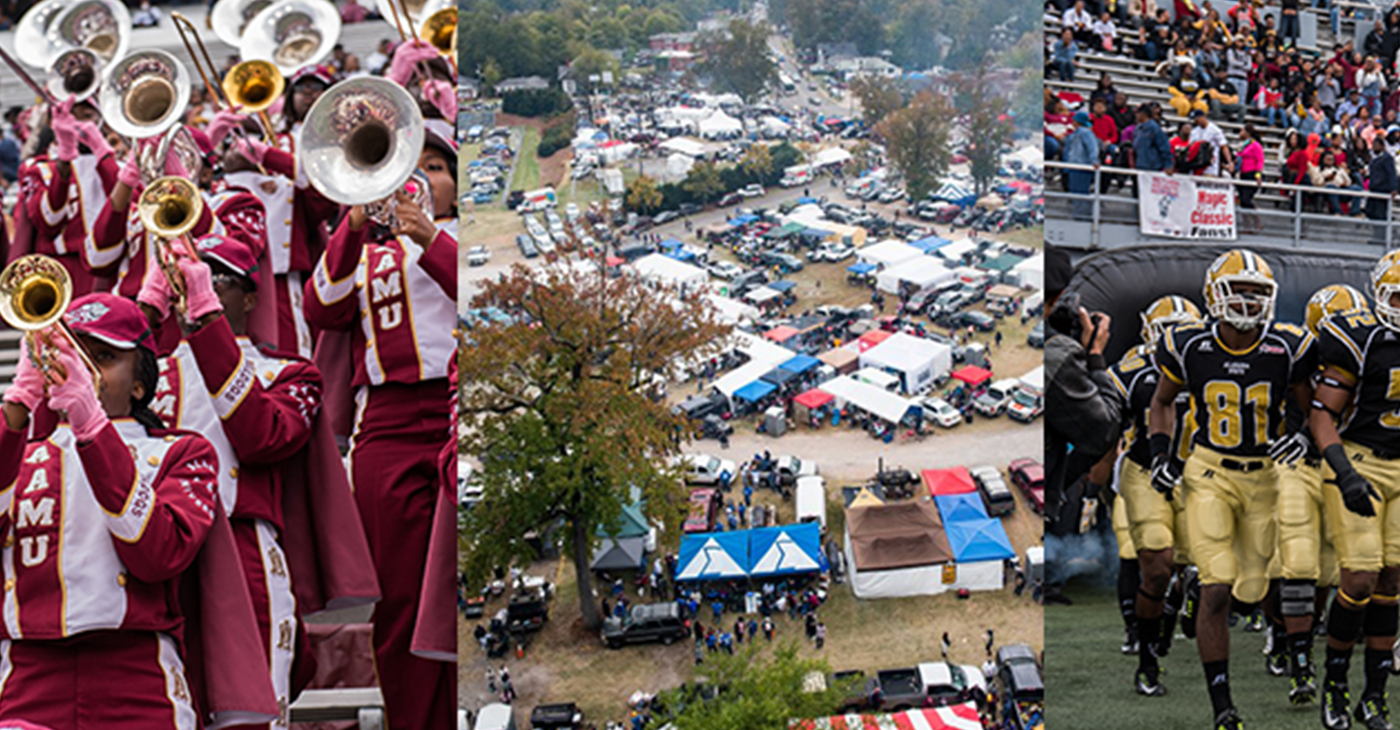 It’s a game the city of Birmingham looks forward to every year. The Magic City Classic, which features Alabama State and Alabama Agriculture & Mechanical, is one of the country’s top black college football games.

This Classic between these two long time historically black colleges and universities will take place on Saturday, Oct. 26 at Legion Field. The kickoff is set for 2:30 p.m.

The HBCU rivalry has been around for 78 years. This game is huge for the Hornets and the Bulldogs in the Southwestern Athletic Conference (SWAC) standings. It’s also a big contest for bragging rights in the state of Alabama.

Offensively, the Hornets are led by running back Ezra Gray and wide receiver Michael Jefferson. Gray is the team’s leading rusher with 241 yards on 73 carries and one touchdown. Jefferson, a terrific receiver, has 24 receptions for 425 yards and five TDs.

On defense, Alabama State’s key performers are defensive backs Irshaad Davis and Joshua Hill and lineman Christian Clark. All three players have done a great job of playing the run. Davis is the Hornets’ leading tackler with 38. Hill and Clark have 28 tackles each.

The Hornets will need a strong defensive presence in this matchup. Alabama A&M (1-1) will be looking to bounce back after dropping a 23-10 decision to Grambling State before the bye week. The Bulldogs, averaging 32.7 points a game, have one of the best offensive teams in the SWAC.

Alabama A&M quarterback Aqeel Glass has been sensational this season. He is the No. 1 passer in the conference and has completed 164-of-259 passes for 2,062 yards with 19 TDs and just six interceptions. He has a great receiving corps with Zabrian Moore and Abdul-Fatai Ibrahim. Moore has 36 catches for 631 yards and four touchdowns.

The Bulldogs have a good ground game with running back Jordan Bentley racking up 662 yards rushing on 138 carries while scoring nine touchdowns.

Alabama A&M has a balanced offense. It should be a good test for Alabama State’s defense in one of the biggest games of the season.

Miles College will travel to Wilberforce, Ohio to face Central State on Saturday, Oct. 26. The kickoff will be at 12 p.m.