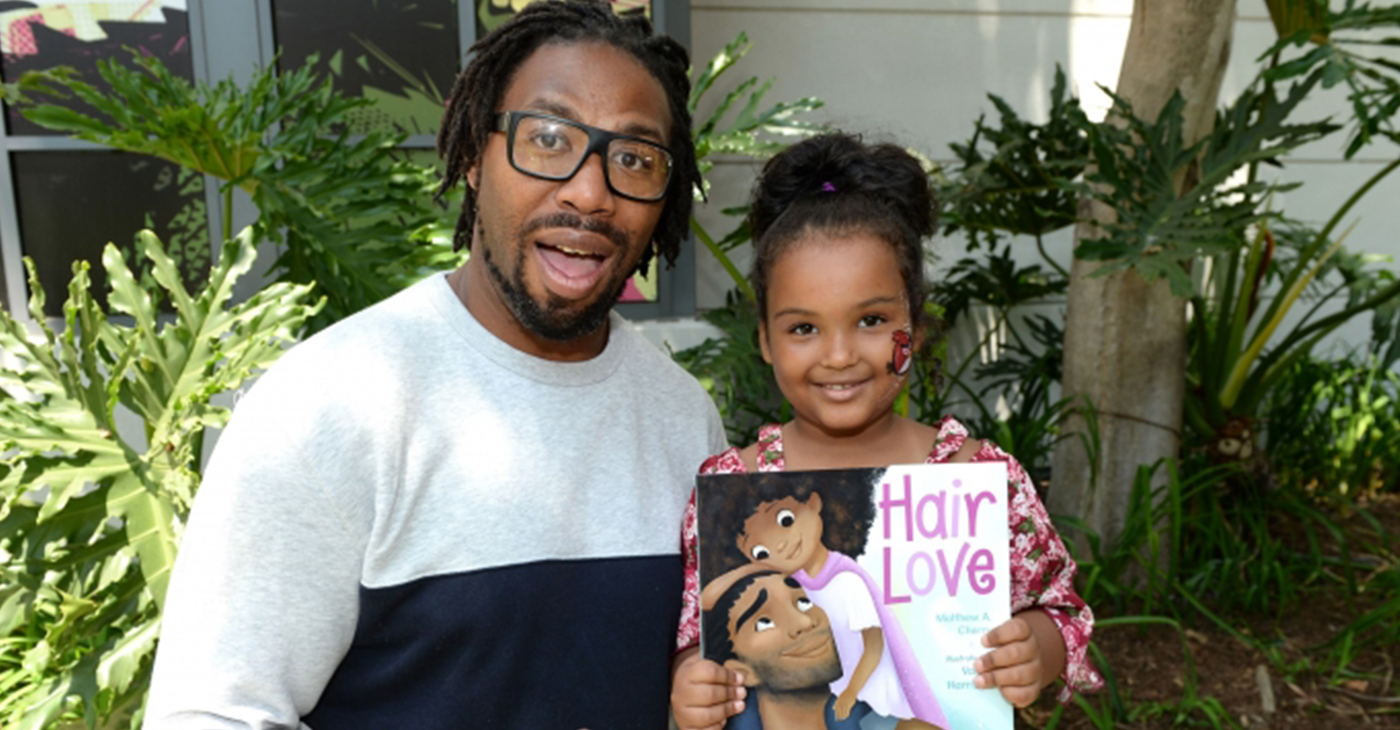 Matthew A. Cherry with a Hair Love fan at one of the Hair Love events. (Photo Credit: Courtesy of Sony Pictures Animation)

“Hair Love,” a new animated short showing the love between a Black father and daughter, is now in theaters. Premiering right before “The Angry Birds Movie 2,” the animation short gives insight and relatability of Black fatherhood to a broad audience.

Matthew A. Cherry was inspired to write “Hair Love” about two years ago after seeing viral videos of Black fathers doing their daughter’s hair. It was a representation that hadn’t been shown before and he thought that it would be great to make an animation film about it. After writing the script, Cherry sent it to his friend Peter Ramsey, an advocate for diversity in animation and Oscar award-winning director of “Spider-Man: Into the Spider-Verse.” 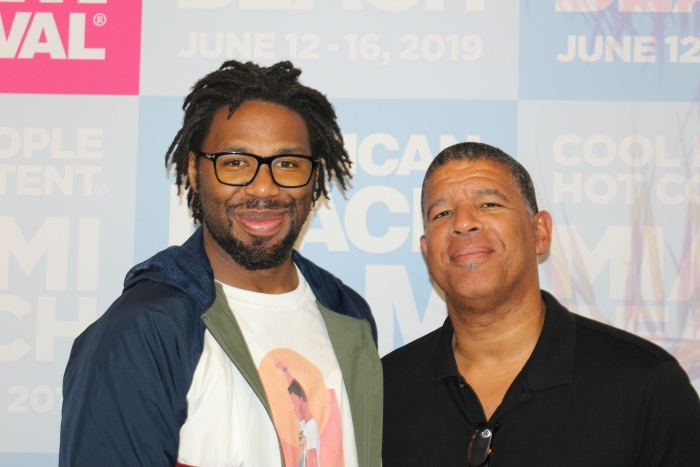 “When I did the script and was ready to make it into a real thing, Peter was one of the first people that I sent it to for feedback. I always had animation in mind because it is a more universal medium that people relate to,” said Cherry. “You rarely see a Black family in animation, so it was really important to me to have that representation.”

Ramsey liked the script so much that instead of just giving feedback, he came on board as executive producer. Getting support from other Hollywood stars came naturally as well. Cherry created a Kickstarter campaign for “Hair Love” and reached his goal of $75,000 within the first five days. Some of the donators included Gabrielle Union, Dwyane Wade, Yara Shahidi, and Jordan Peele. Issa Rae also came on board to be the sole voice in the animated short.

“The way ‘Hair Love’ came about was so fresh and straight from the heart. Matt had a vision and he just pursued it. He didn’t wait for anyone to give him permission, and he wasn’t an animation insider. It was pure passion and drive on his part that made it happen,” said Ramsey. “I believed in the project and wanted it to become a reality because it’s an intimate look at something that is very normal and happens every day in the real world, but hardly ever seen in movies, especially animated ones.”

“Hair Love” centers around a Black father, Stephen, and his daughter, Zuri. Stephen has long locks and Zuri has an afro which his wife usually styles. However, when mom is not available, Stephen has to figure out what to do. The five-minute film is mostly silent with the exception of Issa Rae, who plays an online natural hair blogger. Cherry had been a fan of Rae since her YouTube days and thought that she’d be a great fit because of her influence in the natural hair community and her distinct voice. The decision to have the father and daughter be silent was also very intentional. Cherry was inspired by films like “WALL-E” and “Up” that convey emotion through their silence. He wanted audiences to visually pay attention to the actions and expressions of the characters.

Since the release of “The Angry Birds Movie 2” on August 14, audiences have given great feedback to Cherry. What has surprised him most is the relatability of the film to audiences of different races. While the film is written, directed and produced by Black people; men, women, and children of all different backgrounds have shared how they go through the same thing in their families.

“Sometimes as a filmmaker you think that you have to be so broad to appeal to everybody, but there’s a universal appeal in being specific,” said Cherry. “Little girls have told me how they see themselves in Zuri and boys have told me how they want to be a father like Stephen. It’s been amazing seeing how everyone relates to this story.”

Along with the short film, Cherry’s Kickstarter campaign resulted in a book deal. “Hair Love,” the book, is a New York Times bestseller and available at Target, Walmart, Barnes & Noble, and on Kindle. The short film can be seen in theaters before “The Angry Birds Movie 2.” For more information on Cherry and Hair Love, visit matthewacherry.com.

Kaiser Invests Over $4Million to Combat Homelessness in SoCal