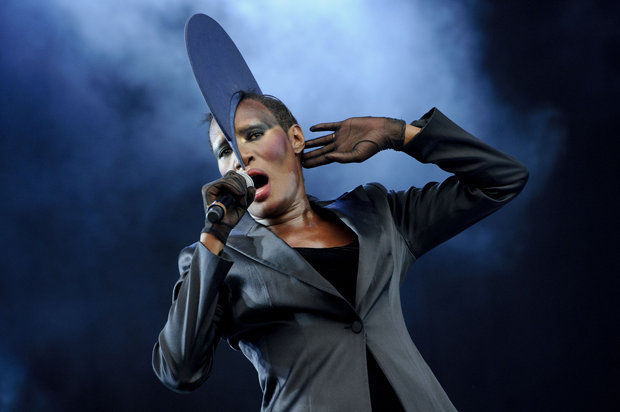 (The Washington Post) – Yes, she was in “Conan the Destroyer.” Most memorable line: “I swear that if Conan will let me ride with him, I will give my life for him.”

But before Grace Jones swung a spear and wore what looks like a raccoon tail in a campy swords-and-sorcery B-movie beside Arnold Schwarzenegger and Wilt Chamberlain, she was a disco legend, a new-wave tastemaker and a fashion icon known for her unique look and, sometimes, combative personality.

Johnny Carson to Jones in 1985 on her physical argument with the BBC’s Russel Harty: “I understand, Grace, that when you were on a talk-show in London … you beat up the guy on the show.”

Now, at 67, Jones is releasing a memoir — titled, appropriately, “I’ll Never Write My Memoirs.” And in an excerpt published by Time Out, she seemed to be swinging the spear again, calling out a long list of female singers as wannabes.