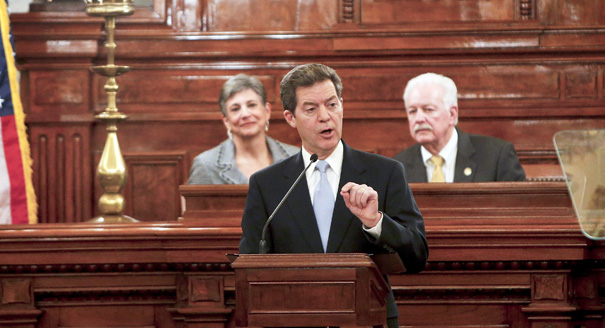 (Politico) WICHITA, Kan. — Moderate Republicans have been kicked around by the tea party for years in Congress and the states.

Here in Kansas, they’re fighting back.

A moderate GOP uprising is in full swing against Gov. Sam Brownback, the fierce fiscal and social conservative whose policies led to a purge of middle-of-the-road Republicans from the Legislature early in his tenure.

In a rare and surprising act of political defiance on Tuesday, more than 100 Republicans, including current and former officeholders, endorsed Brownback’s opponent, statehouse Democratic leader Paul Davis. Polls show the challenger with a surprisingly strong shot at taking out Brownback in November.