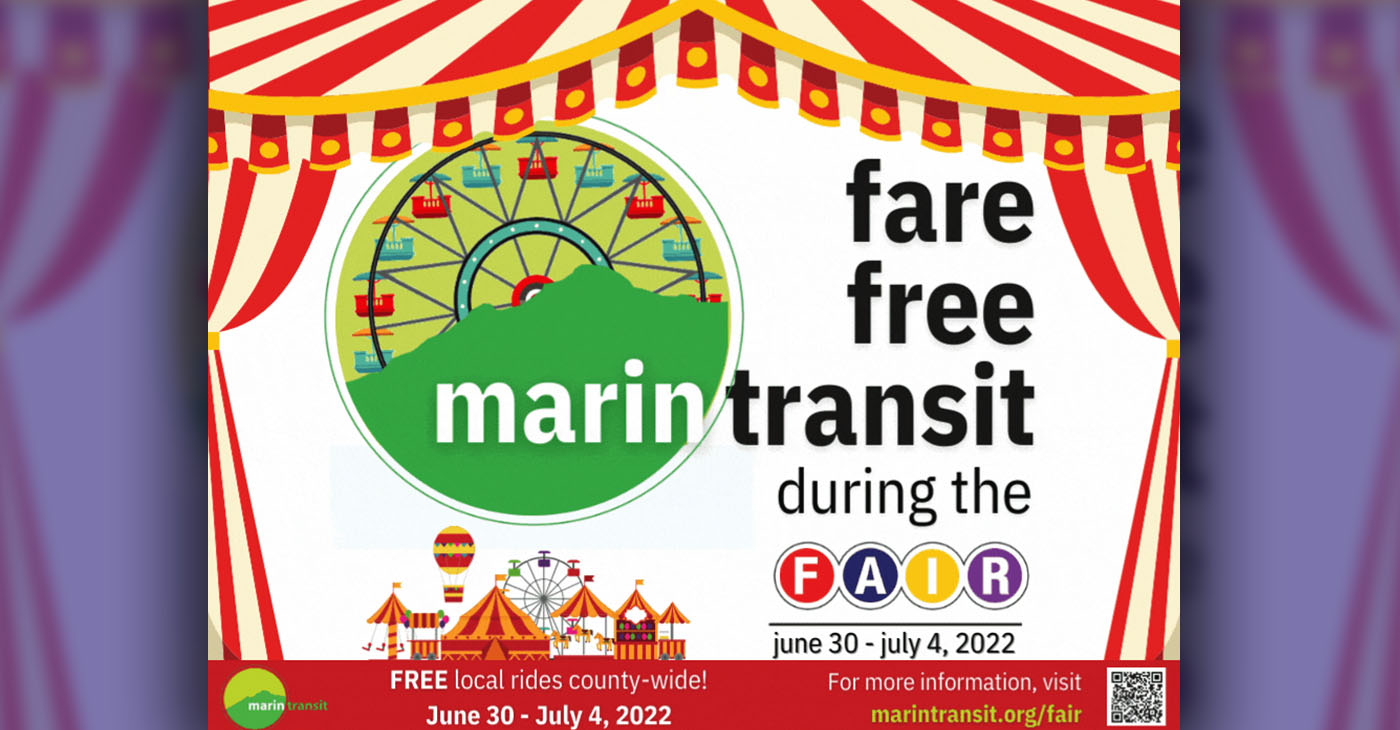 Visitors to the 2022 Marin County Fair should consider bus service or pedal power when arriving at or leaving from the festive fairgrounds in San Rafael.

All fixed-route bus rides countywide will not cost a cent during the fair, which starts Thursday, June 30, and runs through the Fourth of July. It’s a convenient arrangement between the Marin County Department of Cultural Services, which runs the fair, and Marin Transit.

There will be additional buses and operational hours during the five-day fair, located just off Civic Center Drive in San Rafael. The Marin Transit Board of Directors unanimously approved free local transit rides countywide on all Marin Transit fixed routes during the fair.

Riders should note that the Paratransit, Catch-A-Ride, and Muir Woods Shuttle services will be exempt from the free fares.

“We encourage fairgoers to leave their cars at home and take advantage of transit options,” said Cultural Services Director Gabriella C. Calicchio. “Once again, we’re incredibly grateful that Marin Transit is offering this free option. The staff there has been such a generous partner of the fair for many years.”

Fair guests can also ride Golden Gate Transit and the SMART train directly to the Marin County Civic Center campus. Make sure to check transit schedules for pricing and timing.

Marin County Bicycle Coalition will offer free bike valet service from 11 a.m. to 10 p.m. on Thursday, June 30, and from 11 a.m. to 11 p.m. July 1-4. The bike lot will be near the main gate near the front of the Veterans’ Memorial Auditorium.

Everyone, whether fairgoers or passers-by, is encouraged to avoid traffic near the fairgrounds during that time.

Fourth of July Reminder: No Fireworks in Marin, Please