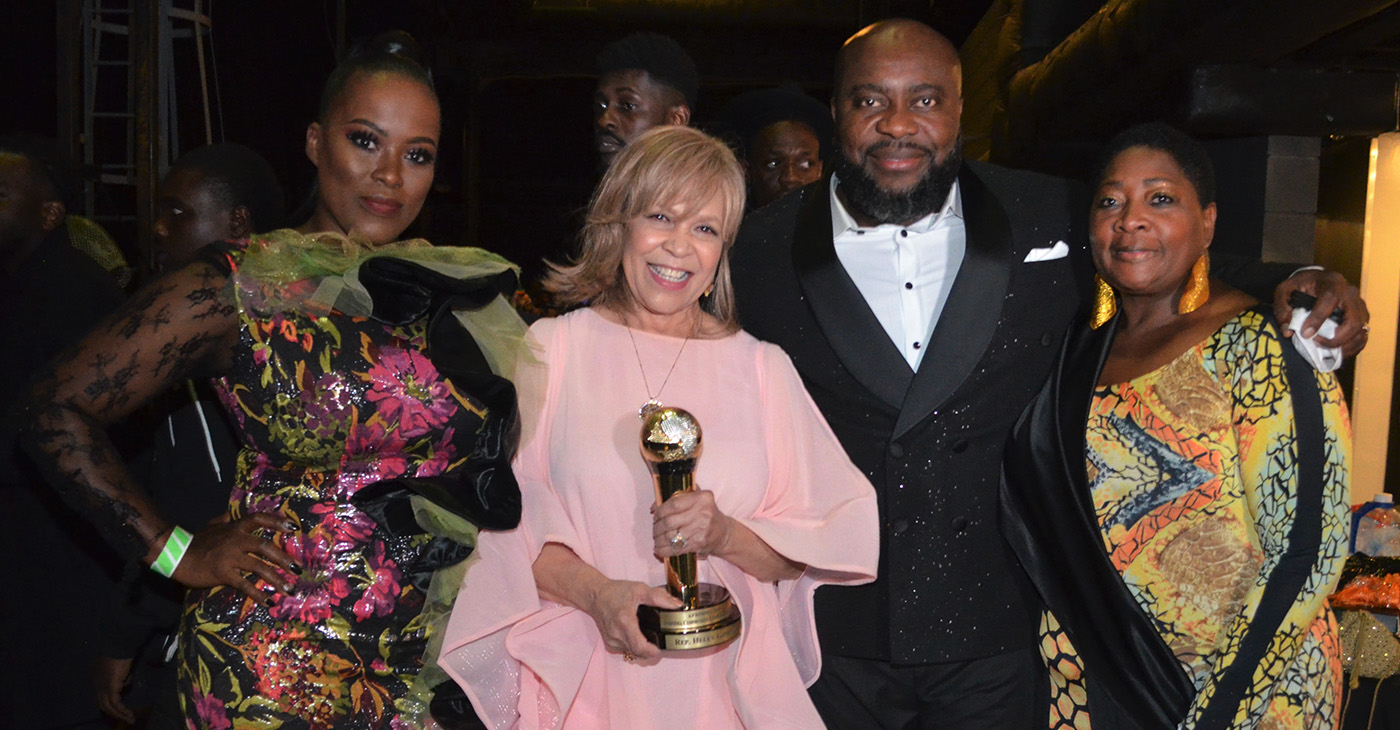 Helen Giddings, a former 26-year member of the Texas House of Representatives, received a Transformational Leadership Award, at the 6th Annual AFRIMMA Music Awards, held at The Bomb Factory in Dallas, Texas. Her recognition at AFRIMMA, an all Africa Music Awards, was a culmination of her many years of dedicated and insightful work in South Africa. In June 2007, Ms. Giddings, was appointed as Honorary Counsel of South Africa in Texas.

She was fortunate to meet and build a lasting friendship with the late South African President Nelson Mandela and worked closely with him and members of his cabinet, during her 26 visits to South Africa. A video shown at the event, chronicled Giddings’ work in South Africa, which included her leading a Texas Delegation to the country that was approved by Governor George W. Bush.

The video started out with these words: “While some are elected to lead, a special breed become leaders through actions, that inspire others to do more and become more, Representative Helen Giddings, a lifelong resident of Dallas County is a leader extraordinaire. She has a strong commitment to building meaningful and enduring relationships between the United States and Africa.”

In the video, Ms. Giddings was heralded as being vocal and active in the reaffirmation and revitalization of Africa. Accolades for her work in South Africa were numerous including her: commitment to actively work to help South Africa transform its political miracle into a sustainably democratic, economic and social model for all of Africa to adopt; leading legislation to lift Texas Sanctions against South Africa; being a passionate advocate for education by arranging the collection and shipment of over 200,000 textbooks for distribution to South African school children; and having an interest in the arts; hosting a 92-member all male choir from South Africa, for a month-long concert tour in America.

“I can’t think of a finer example of Transformational Leadership, than Ms. Helen Giddings, former State Representative for District 109, representing those on the south side for 13 terms,” said Regina Onyeibe, Africa Liaison for the City of Dallas, in her introduction of Ms. Giddings. “She is responsible for my first trip as the City of Dallas’ Africa Liaison to South Africa. Ms. Giddings is a leader. She stands up for women and children’s rights. This lady is so deserving of this award.”

Before a packed venue of over 2,000, from various African countries, including South Africa, Nigeria, Ghana, Congo, Tanzania, Liberia, Kenya, Cameroon, Somalia, and Zambia, the applause was explosive as Ms. Giddings walked from her front row seat and climbed the stairs to the stage, to accept her prestigious award.

“In AFRIMMA, we love to support people on this side that recognizes that Africa is a place that needs their support”, said Ifeoma Obiagwu, of Big A Entertainment. “Ms. Giddings has done a lot for Africa and we just want to recognize and thank her for seeing something good. The children’s lives have been impacted. We appreciate what she has done.” In her eloquent acceptance speech, Giddings did not disappoint the crowd at the AFRIMMA Music Awards. “Good Evening, brothers and sisters and welcome to Dallas,” she said. “We want to thank AFRIMMA for bringing Africa to Dallas.

Poison Ivy, the Music DJ for the Dallas Mavericks Games, was the Mistress of Ceremony for the Africa Music Awards. A native of Kenya, Poison Ivy, won the award for the “Best African DJ, USA.” Comedian Basket Mouth, from Nigeria brought never-ending laughter. He is the Chris Rock of Africa and performs to sold-out crowds. Rema, a 19-year-old Rapper from Nigeria, won the “Video of the Year Award.” Rema was excited about meeting Ms. Giddings and talked to her about his desire to have his music played in America. Beth Huddleston, Protocol Officer for the City of Dallas, witnessed the excitement and positive influence that the AFRIMMA Music Awards, had on the massive crowd gathered at The Bomb Factory. “Thank you AFRIMMA for bringing such beauty, creativity, power, energy and healing forces to our great city,” said Ms. Huddleston in her Greeting. We are so grateful for you. What a fantastic venue and what a fantastic program for our great city.”

OP-ED: How heavy a burden does a person of color alleging discrimination have to carry to have his day in court?