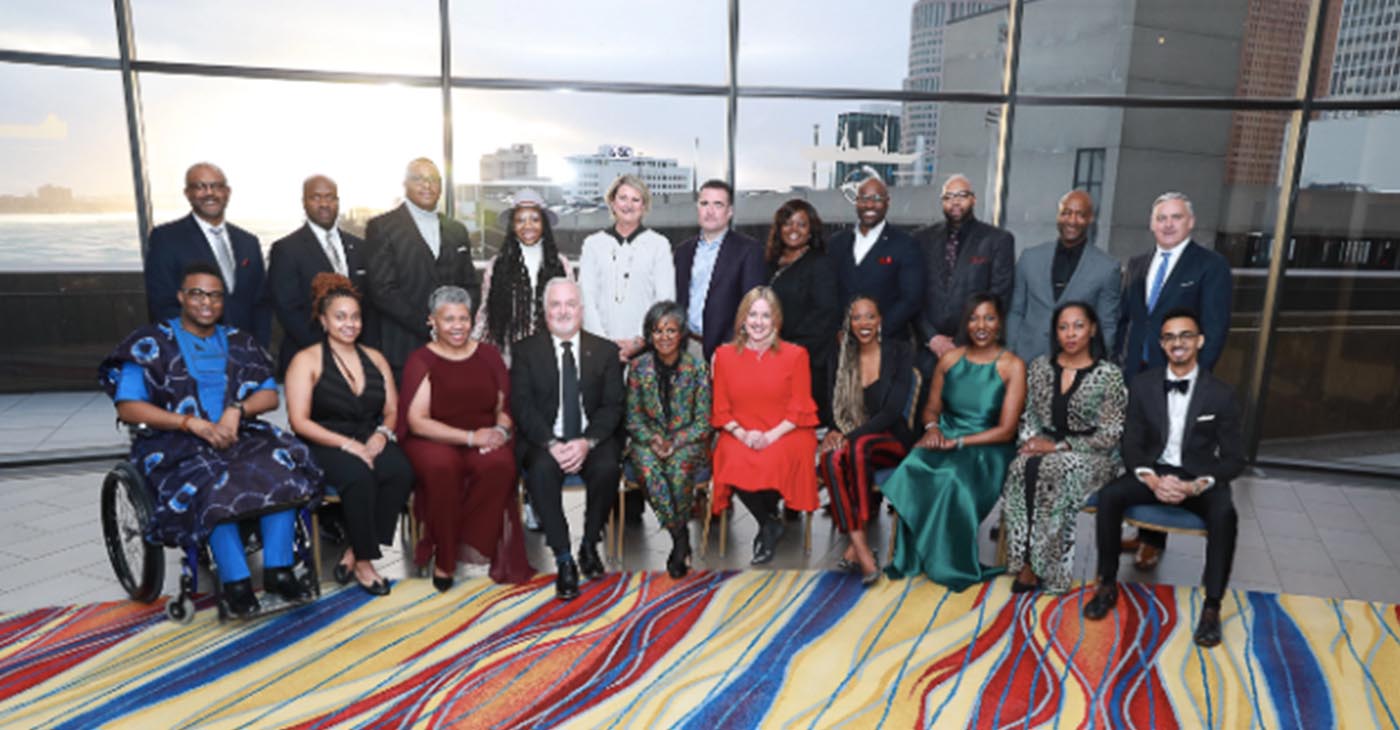 The General Motors African Ancestry Network (GMAAN) held its 13th Annual Black History Month Celebration on Friday, February 9, 2019 at the Detroit Renaissance Marriott. This year’s program theme included The Power of Reinvention, and was presented by Cadillac, which is undergoing a dramatic reinvention of its own and now has a complete family of SUVs for the first time in its 116-year history. From the “Queen of Soul” riding the freeway of love in her pink Cadillac… to becoming a “Rapper’s Delight” in the first commercially successful hip-hop single, Cadillac is one of the most referenced brands in African American music.

“Cadillac is a brand of substance and quality that has been a pioneer of reinvention, and we are honored to have the brand as this year’s sponsor,” said Telva McGruder, president of GMAAN and director of Facility Engineering and Manufacturing Operations in Sustainable Workplaces. “As we recognized the achievements of community leaders and employees, we were inspired by stories of perseverance, dedication and courage that have opened more avenues of growth in our society. The evening crystalized the ways innovation manifests today and reminded us that it is woven throughout the fabric of the African American community,” McGruder went on to say.

For the past 13 years, GMAAN has produced a Black History Month Program that aimed to increase awareness of the GM brands and focused on its ties to the community, African American culture and community leaders. This year’s program continued that tradition as the program honored six African Americans that have demonstrated the power of reinvention in their lives and made valuable contributions in their respective communities and also featured esteemed film producer and entrepreneur, Jeff Friday, as their keynote speaker. Friday is the founder of the American Black Film Festival (ABFF) and CEO of ABFF Ventures. Friday and Cadillac has maintained a thriving partnership for nearly 10 years and this year, Friday was presented with the 2019 Trailblazer Award for excellence in leadership, outstanding achievements and community engagement during the program.

“A reinvention moment sparked a career change for me as I discovered a burning passion for black storytelling,” said Friday during his acceptance speech. “There needed to be a platform for young, black film makers, writers, directors and actors to tell stories specific to our experiences. In 1997, we had our first black film festival with 90 people. Now, in our 23rd year, the five-day festival attracts nearly 10,000 guests,” Friday continued.

The program’s musical entertainment was provided by four-time Grammy, multiple Stellar and GMA Dove award winning singer, songwriter and entrepreneur, Karen Clark Sheard, who sang “Lift Every Voice and Sing.” And multi-platinum, Grammy Award winning R&B singer and acclaimed actress Brandy closed out the evening with a first-class performance that kept the audience dancing and singing all night long.

John Henry, a Dominican-American entrepreneur, investor and host of Viceland’s unscripted series, HUSTLE, a series co-produced by Cadillac, served as the evening’s master of ceremonies. There was also a very entertaining fire-side chat between Friday and Yvonne Orji, Nigerian-American actress, comedienne, writer, and star on HBO’s comedy series Insecure.

Each year, the GMAAN Black History Month Program draws approximately 1K people and is a much-anticipated community event in Detroit. For the past 25 years, GMAAN has been a major sponsor of North-End, donating $5,000 for food and entertainment, along with recruiting employee sponsors for 200 children. Over the past 10 years, GMAAN members have raised nearly $65,000 for the American Breast Cancer Society through its Making Strides Against Breast Cancer Campaign. For more information on GMAAN, visit their website at http://www.gmaan.org.