'Game on' For Tom Brady Against Peyton Manning: The End is Near
Advertisement 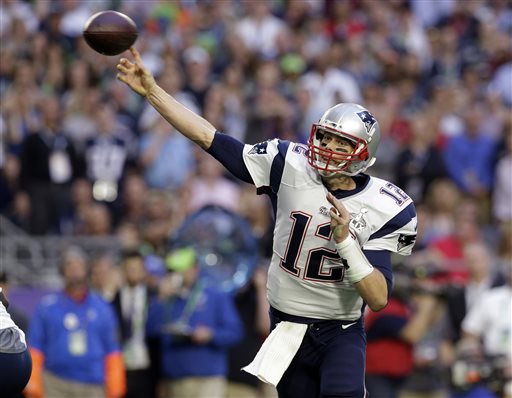 In this Feb. 1, 2015, file photo, New England Patriots quarterback Tom Brady (12) throws a pass during the first half of the NFL Super Bowl XLIX football game against the Seattle Seahawks in Glendale, Ariz. (AP Photo/Patrick Semansky)

(ESPN) – Tom Brady makes no bones about how he rates himself against Peyton Manning.

Brady, in an email to an old friend made public as part of the federal Deflategate lawsuit, said the “final chapter” of his rivalry with Manning will be decided when Brady ultimately plays for seven or eight more years — and Manning lasts only another two.

The candid email, dated Nov. 1, 2014 — the Saturday before Brady’s Patriots routed Manning’s Broncos 43-21 in a Week 9 game in Foxborough, Massachusetts — was one of two Brady messages published Wednesday by The Boston Globe.

The emails were submitted among documents in the NFL Players Association’s suit over Brady’s four-game suspension.