From Athlete to Sales Rep.
Advertisement 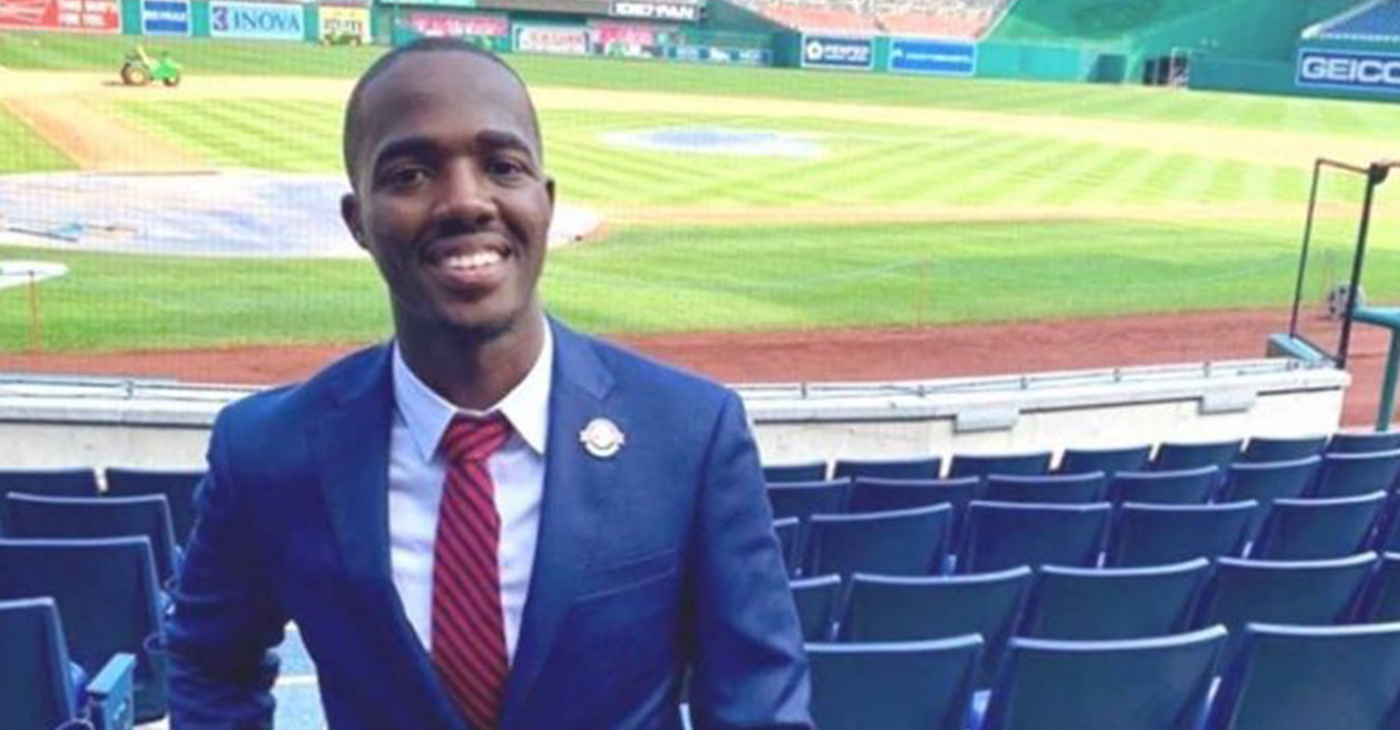 Washingtonian Aaron Inman, spoke to the {AFRO} about his transition from college baseball player to being one of the new sales representatives for the Washington Nationals. (Courtesy Photo)

A native Washingtonian and sales representative for the Washington Nationals Baseball team, Aaron Inman, is no stranger to the revitalization of the game in the nation’s capital.

Born and raised in the Ledroit Park Area, Inman, has played baseball most of his life, and only just recently transitioned from the pitch to the business side of America’s pastime.

“Growing up in Ledroit Park, we didn’t have a little league baseball team, but through my father’s determination and the support of the late John Young, program creator of Reviving Baseball in Inner Cities (RBI), we were able to establish the Ledroit Rays, and I was able to play little league through my community.”

“From its inception in 1989 through the 2018 season, RBI has grown from a local program for boys in South Central Los Angeles to an international campaign encompassing more than 200 cities and as many as 150,000 male and female participants per year,” according to MLB. com.

Recognizing his participation in RBI as an important experience that solidified baseball as a lifelong passion, this experience not only provided Inman, with the opportunity to play, but to also witness the power of representation in the form of the RBI program; an important resource for mostly Black inner city youth who would otherwise have limited access to the sport.

With RBI being managed by Major League Baseball since the 90’s, Inman, was able to get his initial experience through these opportunities, and credits RBI as a catalyst for his introduction to the business side of the game. While Inman continued to play the sport throughout high school and at Loyola University in New Orleans, his vision came full circle when he was able to intern at Major League Baseball.

“When I was 15 the Nationals gave me an opportunity to play on a national level. Compete for a national championship through RBI. Fast forward 14 years later, and I start working for MLB, and now fast forward three years later I’m working for the Washington Nationals, in the same community where I started playing baseball, during the biggest year for Washington D.C. baseball since the 1930’s,” he told the AFRO.

Gaining inspiration from such baseball players like former Washington National, Dmitri Young, and legends like Jackie Robinson, Satchel Paige and Rube Foster, who is considered the Father of “Black Baseball” because of his role as a player, coach and owner of the most successful Black baseball teams, The Chicago Giants, Inman, had intentions of contributing his voice and vision to baseball from an early age.

“When I was five, I learned about baseball legends, and that type of stuff inspired me. Especially with my father owning his own business. I wanted to learn the operations of the business of it. I was originally going to go into law, but when I interned at MLB I loved it.”

Being able to witness the evolution of the Washington Nationals firsthand, and now getting a chance to be a part of their current winning season is a big accomplishment for Inman. As a sales representative, Inman is able to bring his unique vision to the table.

“As a salesman, I get to be over the brand of baseball. I strategize to make sales, but every sales pitch is differentiated by the sales representative and every representative is different,” he told the AFRO. “I like to add my own vision, as someone from Washington D.C. I pay attention to what makes the game appealing to me, and I apply that knowledge.”

Honored to count himself as witness of the Nationals’ success in such a short period of time, Inman is a staunch supporter of its communal outreach, and inclusivity through diversity on and off the field.

“People enjoy the game differently, and it’s about diversity. People have different players that they love, and it all has to do with their diverse backgrounds. The diversity is vital to be able to make the game approachable for all different types of fanbases,” Inman told the AFRO. “It is my intention to evolve with the game, and contribute my services to the continuous expansion of the fastest growing sport in the world.”