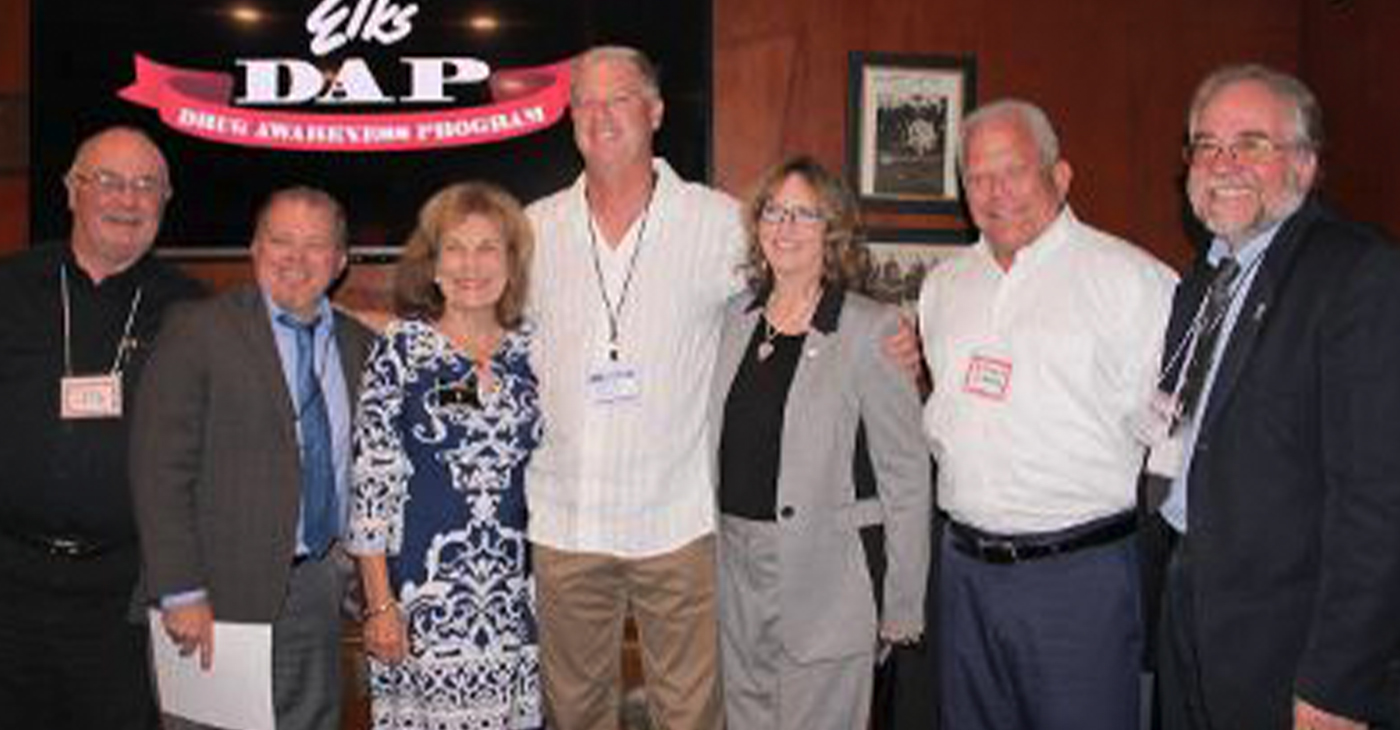 As part of their drug awareness programming, the San Rafael Elks 1108 showed a film about former Marin County Chief Probation Officer Mike Daly at their hall at 1312 Mission Ave. on Oct. 18, 2022.

In the wide-ranging interview conducted by Jeffrey Schaub, a news anchor and reporter for KCBS, KPIX, and KGO, Daly revealed how his career got started and his concerns about the long-term impact of drugs on individuals and communities.

In the film, the Fairfax native gave an account of his 30-year career in the Probation Department, where he became chief in 2009 and retired in 2020, the same year he received the Camarena Award.

According to the Elks’ web site, the interview “[t]opics included the importance of parental guidance, the immediate and deadly threat of illicit Fentanyl, and the fact that “driving under the influence” can include marijuana. In fact, “under the influence” of drugs and alcohol applies to almost every probationer Daly encountered during his decades-long career.”

In 1990, Daly was working at the Petrini’s Supermarket in Greenbrae as a journeyman butcher and looking for a change.

Daly knew Joe Coffrini, the treasurer-tax collector at the time, and asked him for career advice. Coffrini directed Daly to then-Marin County Probation Department Chief Ron Baylo, who then set up a job interview for Daly. He was hired to be a part of the department’s parole unit, according to Kristina Houch of The Patch newspaper.

Being a probation officer was a way for Daly to help people and give back to the community. “I really enjoy helping somebody whether in sports and life. We are all there to help each other, make corrections to our wisdom and what we have learned in our careers,” Daly said.

The ‘Wall of Change’ in the Probation Department office has pictures and stories of people who have overcome their challenges. Many who are struggling with their challenges told Daly that they wanted to be on that wall.

Daly recalls Homer Hall of Marin City as one who “has gone through the system, been in prison and come out.” Hall went on to start the Marin City Boxing Club. Daly also talked about Darrell Roary, who was hired to work for the Public Defender’s office as a “recovery coach,” providing peer support as well as help getting resources to those trying to get their lives back on track.

People need to get off drugs, Daly said, as 85% of those who commit crime were on drugs. “Drugs and alcohol change your behavior, and you make very poor decisions when you are under the influence of drugs and alcohol” Daly said.

The Probation Department will do everything in its power to get people back on their feet, but people still need to have accountability, Daly said. Simply putting people in jail does not work. They also need be held accountable for how they hurt and wronged others.

These actions are more complicated than the “Just Say No,” campaign that former first lady Nancy Reagan promoted in the 1980s. Many people are mentally ill, have suffered violence and physical and substance abuse, Daly said. Many of them will die on the street from exposure from cold because authorities can’t force them into shelter. They may also need medical help.

The film was produced for the Elks 1108 Drug Awareness Program (DAP) by Lynn Fox, PhD., and recorded last spring at the Community Media Center of Marin. Carl Wilson Laur was the director, editor, set designer and lighting engineer; Mary Keydash was the audio engineer and Gaby Bransgrove led the production crew.