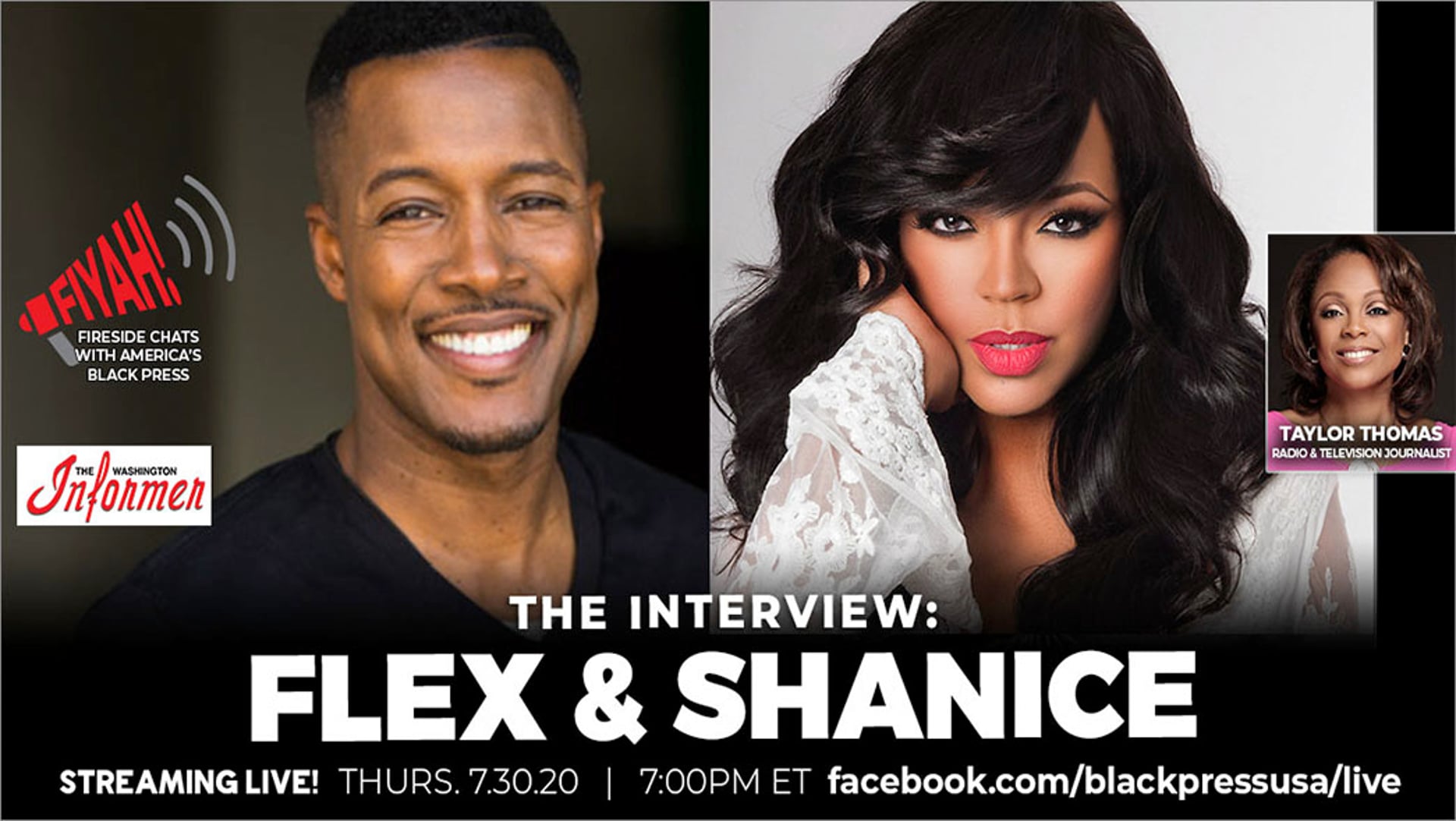 Shanice Wilson has been singing since she was only 7 months old and throughout the years she just kept getting better and better. At the age of 8, she was picked to sing in a Kentucky Fried Chicken Commercial with the legendary Ella Fitzgerald and and was also a first prize winner on the talent tv show, Star Search (1983).

In 1995, Shanice was cast in the role of Eponine in the musical Les Miserables and also made a cameo appearance in the movie Panther. Four years later, Shanice released her fourth album and broke a Billboard record when her single “When I Close My Eyes” made a tremendous jump on the Billboard Hot 100 in one week from #91 to #16.

Your questions and comments will be shared with Flex and Shanice during the livestream.

IN MEMORIAM: NNPA Salutes the Memory and Legacy of Publisher Imogene McDaniel Harris