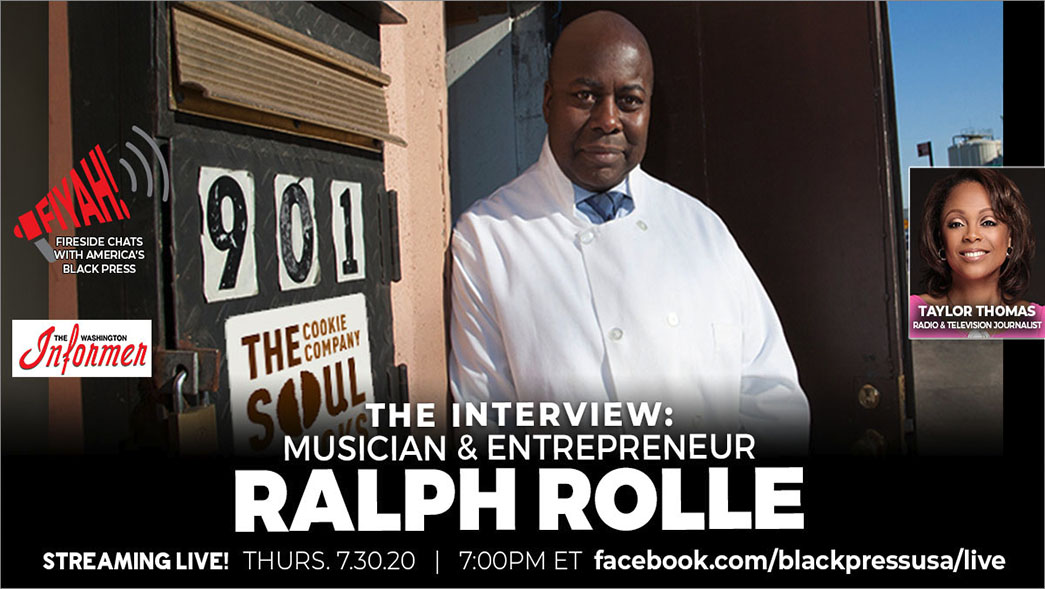 From as far back as he can remember Ralph Rolle has always marched to the beat of a different drum. It is therefore no surprise that with more than three and a half decades of professional experience within the music industry Ralph enjoys an illustrious career as a much sought-after drummer.

He has made music with the likes of Nile Rodgers and Chic, Sting, Bono, Lady Gaga, Aretha Franklin, Biggie Smalls, Queen Latifah, Chris Botti, Erykah Badu, D’Angelo, India Irie and the resident band for N.B.C. ‘It’s Showtime at The Apollo’ for over 15 seasons, and as served as the musical director for The Caroline Rhea Show and Japanese Super Star Toshi Kubota. Ralph can also be heard playing on the soundtrack for the hit movie, Rocketman.

Ralph has perpetuated the traditions of his maternal grandmother Leola who was born in Ocilla, Georgia, moved to Miami, started a family and later migrated to Harlem in the Renaissance years.

The Soul Snacks Cookie Company deliberately harkens back to that bountiful time and employs a philosophy deeply committed to giving back to the community whose rhythms make up the essence of what has become one heck of a soulful concoction.

The unique taste of Downhome Goodness never fails to grab the attention of those who appreciate the comfort of a sweet mouthful of soul. The first taste of a cookie from The Soul Snack Cookie Company always summons the same “Oh My Goodness” expression to customers’ faces. It’s an expression that mixes a “what in the world is this” surprise with a certain recognition: the recognition of tradition and custom, and Sundays after church, and home cooking, and the distinctive taste of the cultural diversity that informs the American sweet tooth.

Report: COVID-19 Now is The Third Leading Cause of Death Among Black People