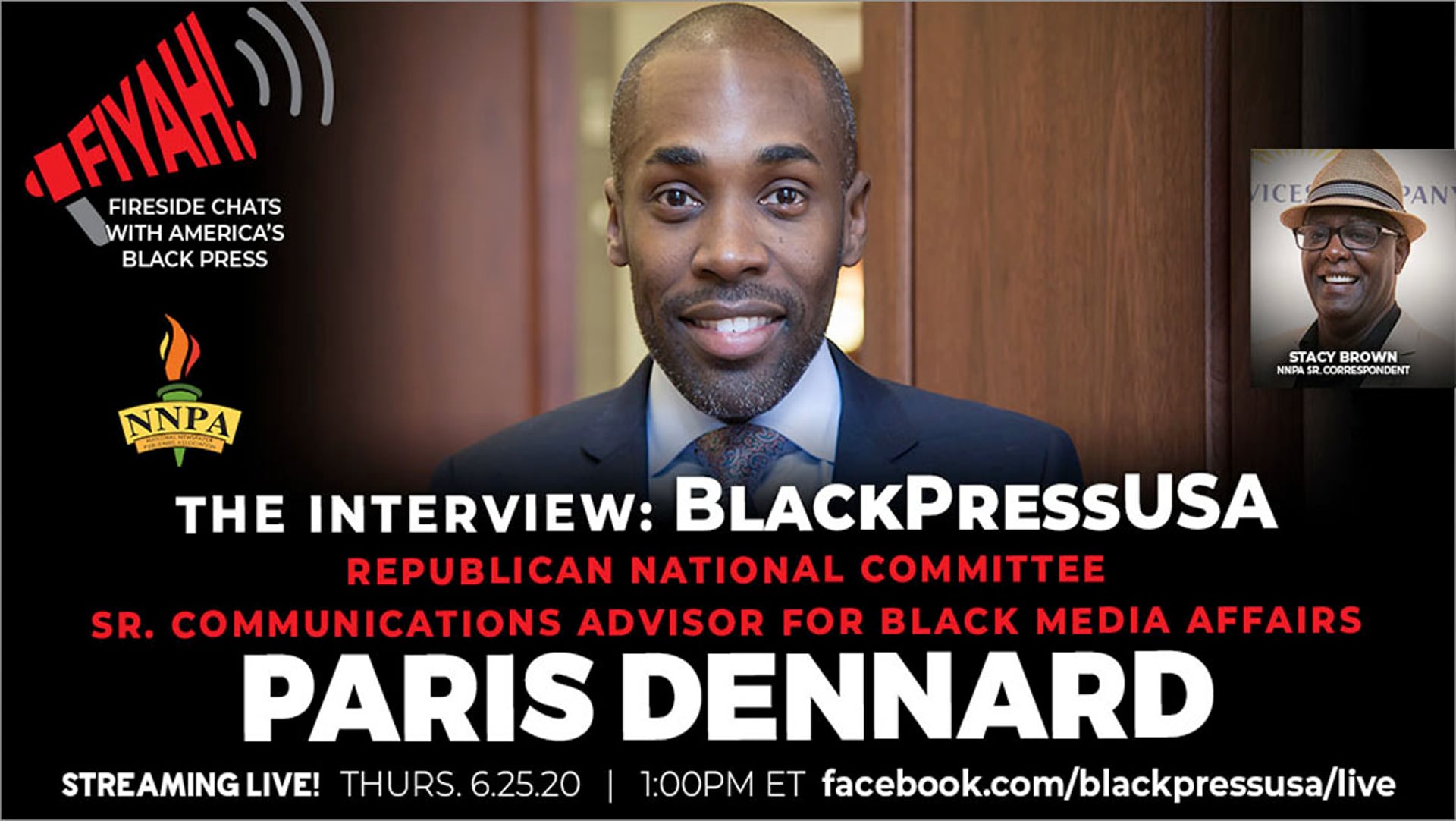 In March, the Republican National Committee hired Paris Dennard to engage Blacks and to improve Black support for President Trump. A lot has happened since then, and nearly every indicator measured — healthcare, employment, education, access to capital, etc. — establishes that things have only worsened for Blacks than for any other group.

In an exclusive interview with NNPA Newswire for BlackPressUSA, Dennard said the president understands the importance of the Black vote, and the GOP is committed to demonstrating its value to all communities. “I won’t sugarcoat it. It is a challenge to get the Republican Party’s and the Trump administration’s campaign message to the Black community,” Dennard stated. “But it’s a challenge that’s worth fighting for because I believe, at the end of the day, President Trump and the Republican Party want to earn the vote of the Black community.”

We want to know, “What say you, Black community?”