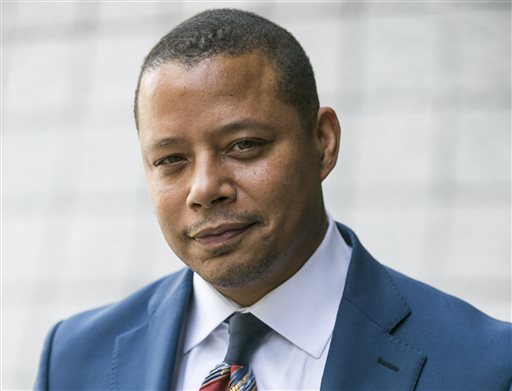 In this Thursday, Aug. 13, 2015 file photo, actor Terrence Howard walks into a Los Angeles court for a hearing in which he is attempting to overturn a 2012 divorce settlement on the grounds his ex-wife Michelle Ghent extorted him, in Los Angeles. A judge said Monday, Aug. 17, 2015, that he will issue a ruling next week on whether Howard can overturn the divorce settlement that entitles his ex-wife to spousal support payments, including earnings from his work on the hit show, “Empire.” (AP Photo/Damian Dovarganes, File)

LOS ANGELES (AP) — A judge said Monday he will take a week to determine whether to set aside Terrence Howard’s divorce judgment that entitles his ex-wife to a spousal support and a share of his earnings from the hit television series “Empire.”

Attorneys for Howard and his ex-wife, Michelle Ghent, made closing arguments Monday after four days of testimony in the case that featured embarrassing details about the actor’s sex life and forced him to address accusations of domestic violence.

Howard contends Ghent repeatedly threatened to sell or leak personal details, including phone sex calls and a video of him dancing naked in the bathroom, if he didn’t give her a favorable divorce settlement. The pair was married in January 2010, and she filed for divorce a year later. A settlement wasn’t signed until September 2012, and it took several more months for a judge to approve their divorce.

On Monday, Ghent’s lawyers played audio of a recording in which Howard was heard professing his love for his ex-wife, despite having only recently married another woman. He also threatened to violate a restraining order in the audio.

Howard’s lawyers last week played a recording of Ghent berating the Oscar-nominated actor in September 2011 and repeatedly threatening to sell embarrassing information about the actor if he didn’t send her money immediately. Howard paid her $40,000 later that day, which Ghent’s lawyers say was to cover housing expenses but the actor described as “blood money.”

Los Angeles Superior Court Judge Thomas Trent Lewis acknowledged the messy details of the relationship between Howard and Ghent, telling attorneys it was an emotional case and he would issue a ruling at an Aug. 24 hearing.

Howard’s attorney, Brian Kramer, in closing arguments cited the threats Ghent made on a recorded call and her comments to the actor’s sister-in-law that she would write a tell-all book or release sensitive information as the reason his client agreed to entitle his ex-wife to his future earnings.

“If this is not the sort of stuff that duress is made of, I don’t know what is,” Kramer said.

Ghent’s lawyer, John Schlaff, argued Howard hadn’t proven his case and that the phone recording wasn’t enough to prove extortion. “She met fire with fire at a time when she was financially desperate and wanted him to pay the bills,” Schlaff said.

He cited Ghent’s allegations of domestic abuse by Howard, which led to a still-active restraining order, and told Lewis it doesn’t make sense that the actor was afraid of her, yet wanted to reconcile with her.

Howard denied he was violent toward Ghent, saying last week if he hurt her it was out of self-defense.

The actor was nominated for an Oscar for his starring performance in the 2005 film “Hustle & Flow.”