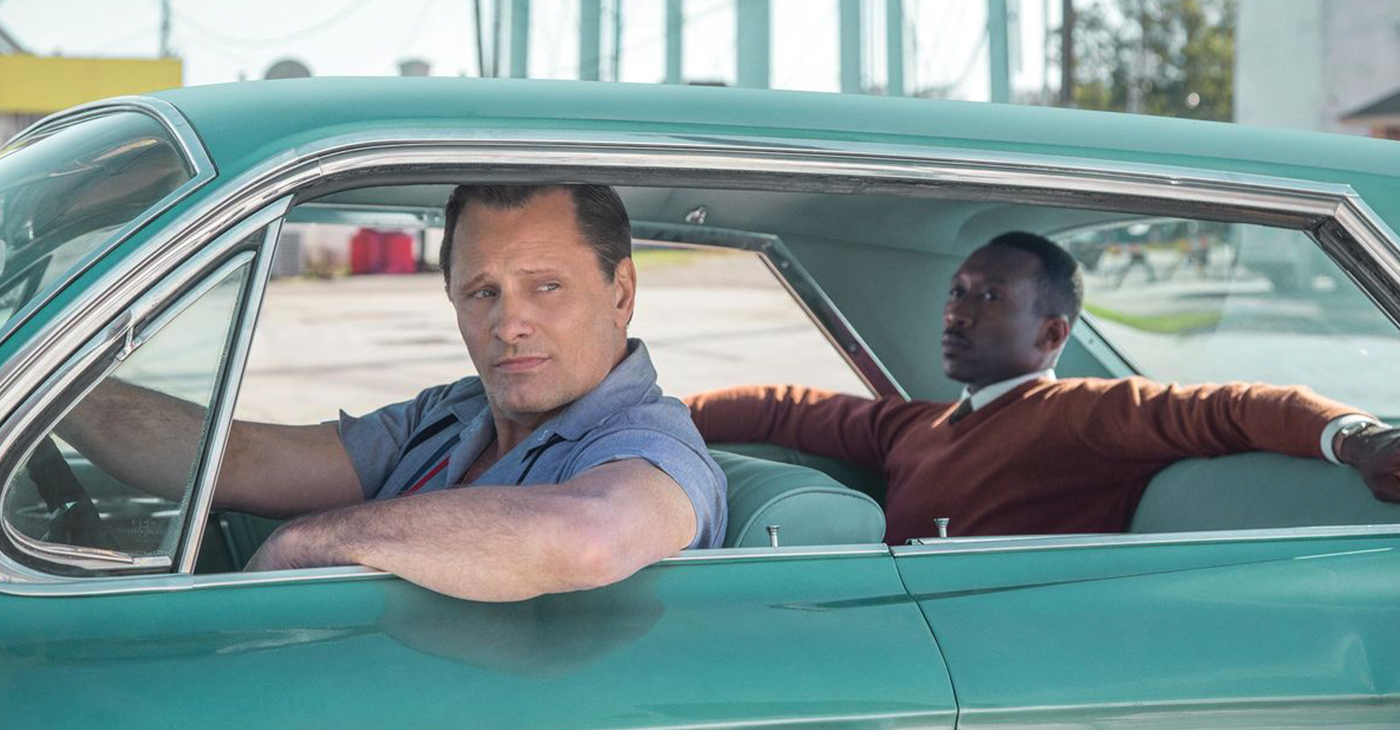 “The Negro Motorist Green Book” started out in the late 40’s and it was a travel guide of places in The Jim Crow South.

It listed places that were safe havens for African Americans to stay, grab a bite to eat, or even get a haircut.

The book was put into publication throughout the 1960’s.

GREEN BOOK is based on a true story about classically-trained black jazz pianist, Don Shirley (played by Oscar-winner Mahershala Ali), and Tony Lip, a mob club bouncer who got his nickname based on his ability to talk his way out of almost any situation, played by Viggo Mortensen.

When Shirley embarks on a concert tour that will take him into the deep south he hires Tony Lip as his driver and protector.

The movie is a great history lesson about the racist attitude in the south that allowed an African American to play at a venue, but who was not allowed to use the bathroom facilities in that same building.

It’s also a movie about class and culture. Shirley, the musician, is highly-educated and sophisticated and Tony the Lip is just a guy from an Italian neighborhood in The Bronx. The two men could not be any more different.

However, it’s a movie about friendship as well.

The two men, with all of their differences, become loyal friends with Mortensen’s becoming a protector to a man who he sees being treated unfairly and Ali’s character becomes a mentor to a guy who’d rather fast talk his way out of a situation than to learn about it.

The movie is both educational and heartfelt.

It is a must-see movie that takes us back to the past and shows us how far we’ve come when it comes to dealing with attitudes about race and class. You will highly enjoy this film.

The movie is rated PG- 13 for language, violence, and suggestive material and it has a run time of 2 hours and 10 minutes (which passes by very quickly).

I didn’t want the story to end. This movie gets my highest rating on my “Hollywood Popcorn Scale.”

I rate GREEN BOOK a JUMBO with extra butter!