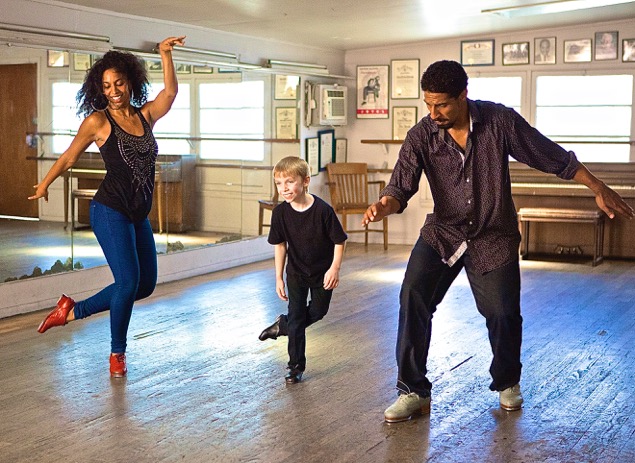 Chloe Arnold and friends in the dance documentary “Tap World.”

At one point in this sweet gem of a documentary, two tap dancers from different parts of the world define the joy and philosophy of tap dancing: “Dance to express, not to impress,” says Chloe Arnold of the U.S. “I dance, therefore I am,” states Arthur Benhamou of Paris. Those basic acknowledgments are probably why tap dancing, which one might assume is strictly an American phenomenon, is so loved around the world and a thriving, inspiring performing art.

The roots of tap dancing can be traced to Irish dancing and Juba dance. The latter was originally from West Africa and transformed into a plantation dance, which used the tap sounds as codes. Strains of the dance came from the Caribbean and the Southern United States, eventually evolving into the traditional Broadway tap, seen in musicals, and the more improvised Rhythm (Jazz) tap, which like jazz music is more fluid.

We often think of sports as a vehicle for young people who need a focus that will propel them forward. This highly enlightening film showcases dancers from nine to 91, who use tap as a means of expression, a driving force, and are welcomed into a nurturing community. In New York’s Hell’s Kitchen, long before it became gentrified, Jason Samuels Smith lived with his single mom in a five-floor walkup apartment with two rooms that were always filled with more than two people. He had no father figure, until he gravitated to some older men in the neighborhood who taught him how to tap dance and be a man.

Joshua Johnson grew up in the projects in Harlem and witnessed a peer getting shot and dying. He moved out of his broken home when he finished high school. Then, he couch-surfed, kept his possessions in a storage locker and relied on tap dancing as a source of income. He tap danced in subway cars for loose change, and his courage and determination landed him a piece in the New York Times, an appearance on The Ellen DeGeneres Show and tuition for Penn State University.

Vickie Riordan, a single mother, started a tap dance class in Harrisburg, Pa., which attracted a lot of women who were dealing with domestic issues. Her son helped her market her class, which turned into the America’s largest adults-only tap group with 500 women and men, students who she calls Tap Pups.

Tap dancing kids from fevelas in Brazil, a tapping troupe in Taiwan, a soloist who performs on the streets in Paris, urban tappers in Tokyo – they all follow the same pattern. Tap dancing, self-discovery, determination and exhilaration.

Executive producer/director Dean Hargrove started with a short film called Tap Heat, which paralleled two tap dancers, one traditional and one a street stylist, who melded the two styles to enhance the art form. Tap World, an extension of that effort, uses footage from all over the globe, which focuses on the community of tap dancers. Interviews with dance historian Constance Valis Hill add gravitas. The technical aspects – editing, cinematography – are fine and don’t block the spirit of the artists who lift this film up with their performances and anecdotes. Though it is great to see these unknown disciples of tap, it seems odd that the legacy bearer of Rhythm tap, Savion Glover, who passes on a tradition that goes back a generation to Gregory Hines and further back than him, is not present or even the narrator.

It’s hard not to smile when a young tap dancer, who loses a leg to cancer, gets a peg leg and continues doing what he loves because he can follow in the footsteps of physically challenged dancers such as the legendary Peg Leg Bates. And it’s touching when African American dancer Chloe Arnold heads to Japan to perform with dancers in Tokyo; there is not culture clash, it’s a mesh of cultures.

You wouldn’t have known that tap dancing is as international as Coca Cola, until you saw this thoroughly heartwarming film.