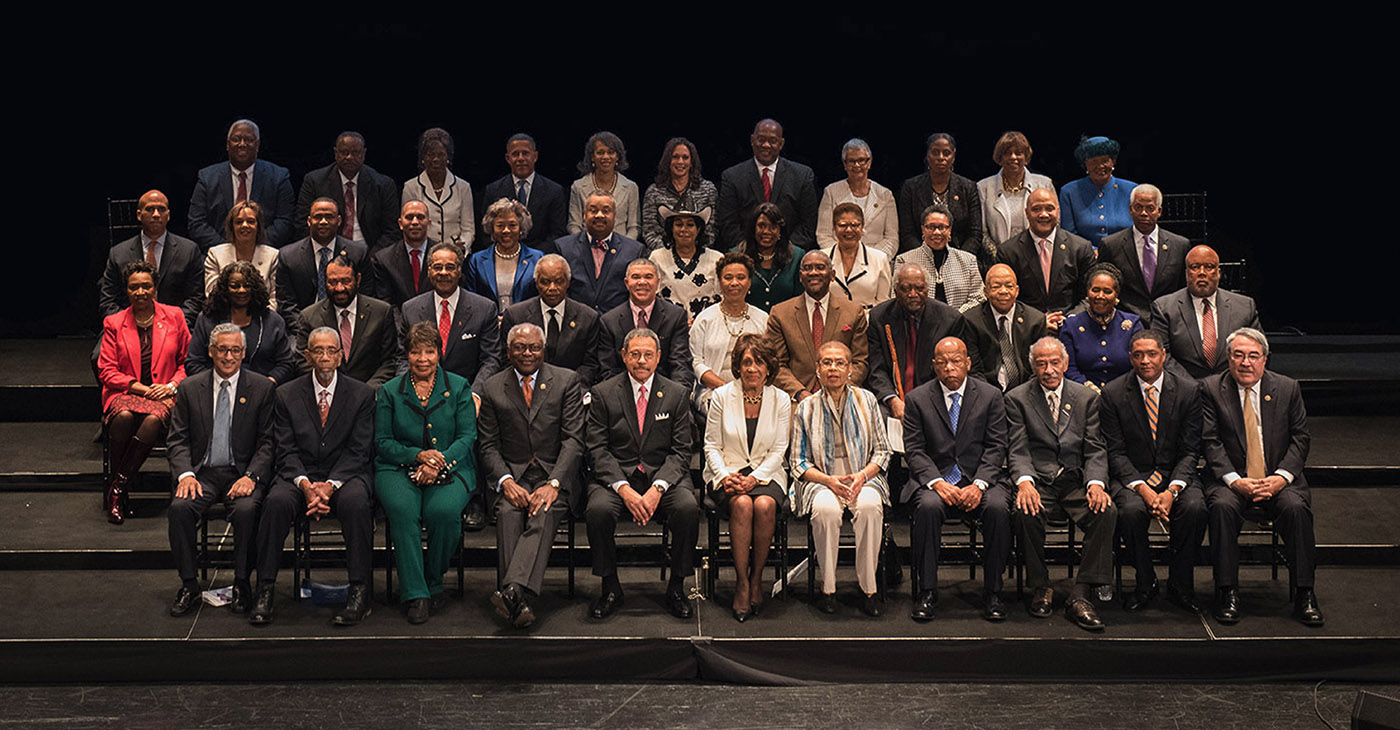 As the new Congressional Black Caucus Chair Karen Bass (D-Calif.) was handed a large gavel from outgoing Chairman Cedric Richmond (D-La.) it became clear that the new CBC would be making a sizable mark on the next Congress.

The new CBC includes the youngest African American woman to be sworn-in to the U.S. House in history, Lauren Underwood (D-Ill.), as well as Rep. Ilhan Omar (D-Minn.) and Rep. Rashida Tlaib, the first Muslim females ever elected to Congress. Rep. Tlaib occupies the seat held by long term Congressman John Conyers (D-Mich.) who retired from Congress on December 5, 2017.

The new CBC features nine new members of the U.S. House bringing the group to a total of 55. The 116th Congress will be the first time that the Congressional Black Caucus will ever have over fifty members.

Bass, 65, severed served as the former Speaker of the California House and was the first-ever African-American woman ever to hold that position.

“Honored to have been sworn in as 26th Chair of the Congressional Black Caucus today.

We will fight fiercely against hate. We will not retreat and allow our past victories to be erased,” wrote Chairwoman Bass on Twitter, January 3, the first day of the 116th Congress.

“I am proud to witness the ceremonial swearing-in of the largest @OfficialCBC in history. With 55 members and @RepKarenBass serving as their chairwoman, the Congressional Black Caucus is stronger than ever,” wrote Democratic National Committee Chairman Tom Perez.

The Presidency of Donald Trump will greatly shape the agenda of the Congressional Black Caucus over the next two years.

Just as Rep. Richmond witnessed, there will be many issues that will arise out of nowhere in the news simply because the Trump Administration has decided to roll back so much of what was completed during the eight years president Barack Obama was in The White House.

But there is one huge difference: The CBC will have what was referred to at the ceremonial swearing in as “the big five.” They are the five Chairmen and Chairwomen who will serve over what many CBC members hope are Trump’s last two years in office. They are Reps. Maxine Waters (D-Calif.), Elijah Cummings (D-Md.), Bobby Scott (D-Va.), Eddie Bernice Johnson (D-Texas) and Bennie Thompson (D-Miss.).

Chairwoman Waters, who will lead the House Financial Services Committee, has signaled she will push against Wall Street and in favor of consumer protections regarding investment and financial products.

COMMENTARY: Shame and Shade in Birmingham: In Praise of Angela Davis