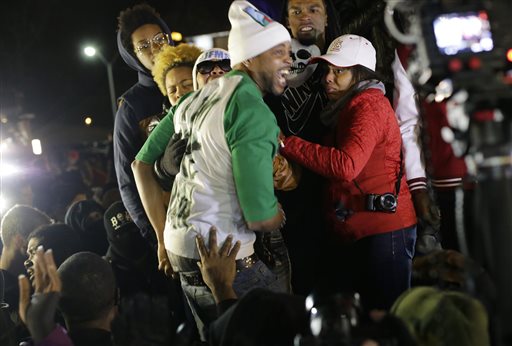 JEFFERSON CITY, Mo. (AP) — About 50 people protesting the police shooting of Michael Brown are expected to arrive at the Missouri Capitol after a 130-mile march from the shooting site in the St. Louis suburb of Ferguson.

Protesters plan to arrive at Jefferson City around noon Friday and gather at a garden near the governor’s mansion. Later, they plan to walk up a short hill for a rally at the Capitol.

The march has been organized by the NAACP and the walk began Saturday. On Wednesday as the march passed through the rural town of Rosebud, some people yelled obscenities and displayed a Confederate flag.

A grand jury decided last week not to indict Ferguson police Officer Darren Wilson, who is white, in the Aug. 9 fatal shooting of the black 18-year-old.